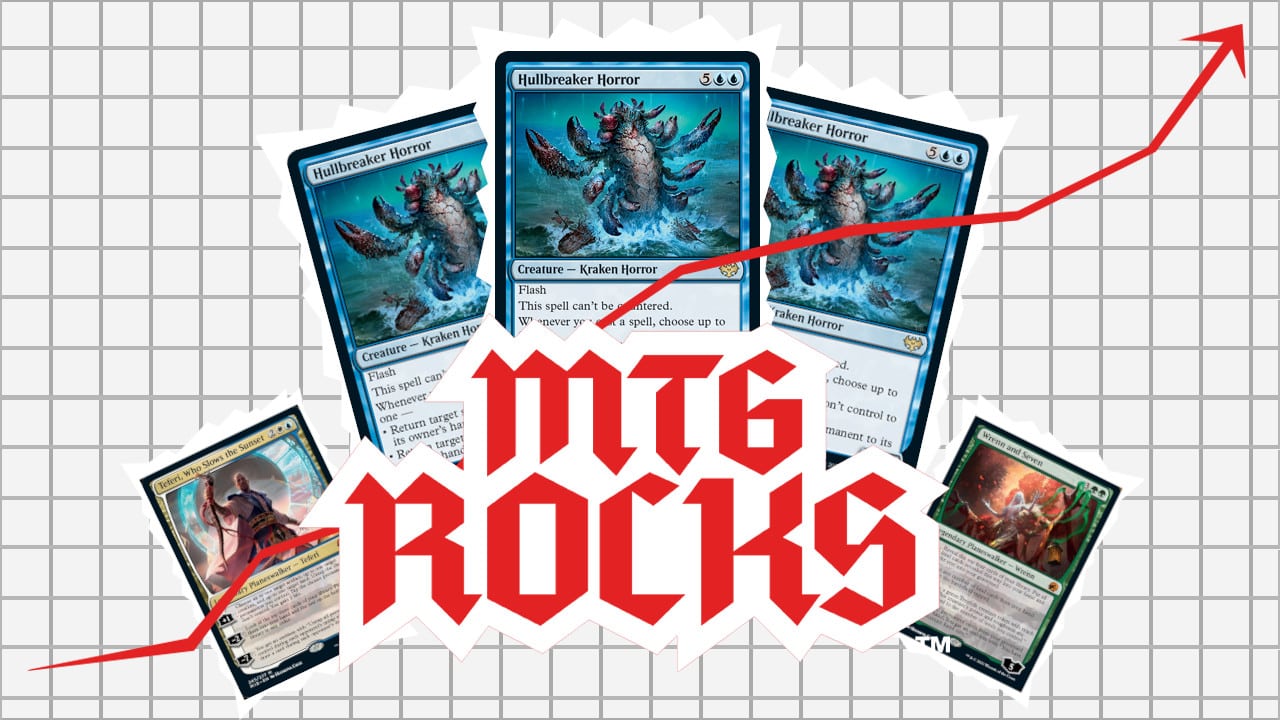 This week, the official release of Innistrad: Crimson Vow is impacting the market. Some new cards have shown spectacular potential, but many inflated preorder prices are starting to come down.

Hullbreaker Horror got a spurt of attention earlier this week before the card was officially released. It was preordering for as low as $4.00. But over the weekend, the Kraken Horror put up good results in several Standard tournaments and consequently jumped to about $12.00.

Since its price spike earlier in the week, Hullbreaker trended downwards in price. And now that Crimson Vow is officially released as of today, more supply of Hullbreaker is hitting the market, and it is available for $7.00-$8.00 today.

Keep an Eye On

The future of Necroduality’s price is up in the air. At first look, this card seems like it is a niche Commander card. Zombies are a popular tribe that just received a swath of new support from back-to-back Innistrad sets. But this card is relegated only to zombie decks.

If you’re looking for other zombie cards with financial potential, I’d check out my article, Standard Zombies Could Crawl Out of the Grave and Up in Price.

Wrenn and Seven was at one point the chase mythic rare of Innistrad: Midnight Hunt. When the Planeswalker’s synergy with Esika’s Chariot was poised to dominate Standard, Wrenn and Seven crept up to $35.00.

Since then, Wrenn has fallen to the wayside of the Standard metagame. Now, it is available for just $16.00-$17.00. Wrenn may not be seeing as much play in Standard as it once did, but it still has tons of potential. That, and the fact that the Planeswalker is a powerful threat in Commander, means now might be the opportune time to pick up your copies of Wrenn and Seven while the prices are low.

Teferi, Who Slows the Sunset, absolutely tanked in price since Midnight Hunt‘s release. It started off at a respectable $12.00 for a mythic rare, but today you can buy it for less than $4.00.

The reason Teferi dropped in price is because the card never found a home in Standard. While there’s still a lack of support for Teferi in Standard and his price likely isn’t moving anytime soon, he is a part of an infinite combo in Commander. This makes Teferi a solid pick-up for $3.00-$4.00.

Preorder prices of MTG cards typically skew high. The lack of supply plus hype carried over from spoiler season make them so. There are exceptions to this like we saw with Hullbreaker this week. But Crimson Vow is officially released as of today, so, over the next few weeks, we can expect to see many cards trend downwards in price.