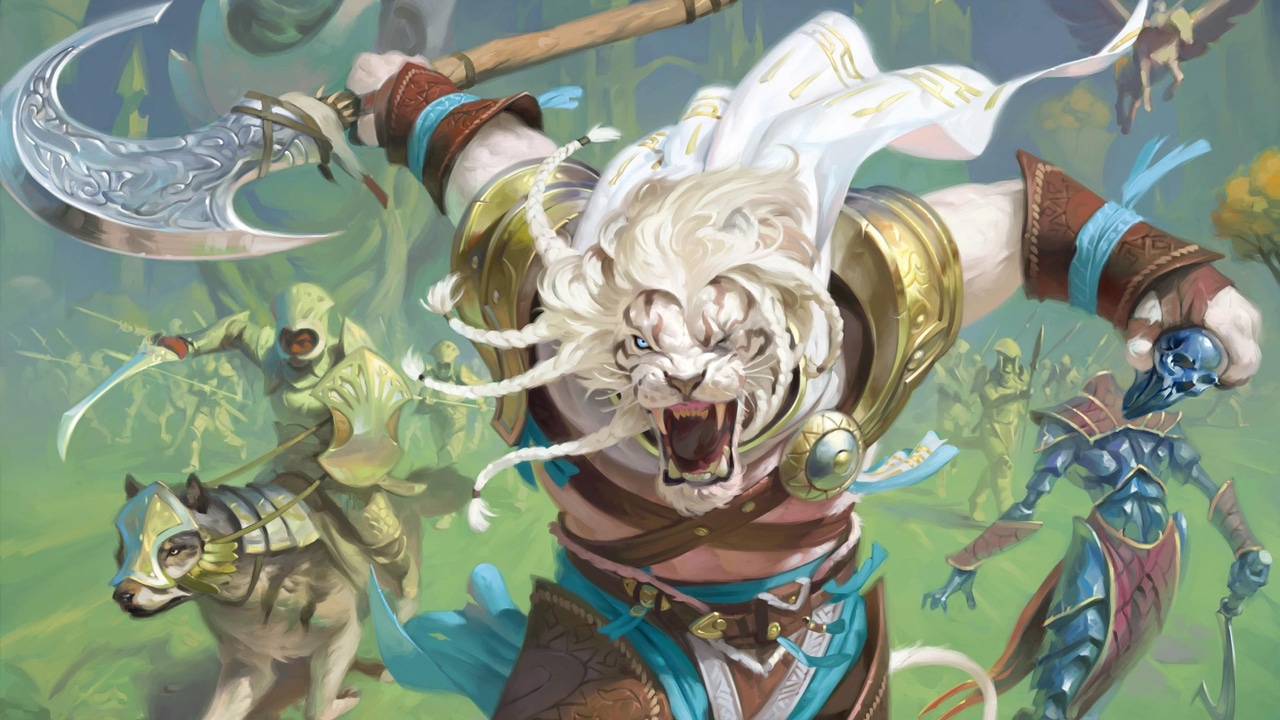 The Best cats in Magic: The Gathering for EDH

Since the format’s inception, tribal cards and decks have always had their home within Commander. While there are plenty of tribes to choose from, from Angels to Zombies, one of our, or at least my, favorites has to be Cats.

Despite being filled with some of the cutest critters, and is affectionately known as a Cat-mander deck, cat tribal is a surprisingly potent recipe for a Commander deck. Thanks to plenty of Lords and powerful Legendary creatures, you’ll be wise to avoid these cats’ claws if you ever face them in battle.

Without any further ado, let’s get right into which cats are best for tribal decks, and why you should definitely build one!

The best Legendary cats in Magic: The Gathering for Commander

Like any Commander deck, choosing which Legendary creature to helm your deck is no easy feat. Thankfully when it comes to cats, there are plenty of choices. Regardless of whether you’re looking for offense, defense, or more tokens than what you know to do with! The only real option you have to make before cramming every available legendary into your deck is which colors you want to play.

More dog tokens mean more damage from Rin and Seri, Inseparable’s activated ability. For RGW, this ability provides some well-needed removal, and life gain, in a deck that’s otherwise relying on a limited selection of instants and sorceries.

Providing the ability to create 1/1 cat tokens from both attacking and blocking, Brimaz, King of Oreskos is a cheap and effective Commander that you’ll want to have as a threat on the board as much as possible.

Arahbo, Roar of the World

Alongside the ability to buff one of your cats from the start of the game, Arahbo, Roar of the World also lets you double their power, so long as you have the mana. At just 1GW, Arahbo, Roar of the World’s ability to give an attacking +X/+X, where X is its power, can quickly make your creatures a game-ending threat that are hard to stop without removal thanks to that lucky cat also getting trample.

Marisi, Breaker of the Coil

Whether you’re looking to stop your opponents from disrupting your carefully calculated combat or just sow some chaos, Marisi, Breaker of the Coil is a fine choice for the leader of your cat army.

Alongside the ability to stop opponents from casting spells during combat, Marisi, Beaker of the Coil also boasts the ability to goad every single creature an opponent controls upon dealing damage to that player. As we explored in our guide to the mechanic, Goad has the power to disrupt not just one, but multiple of your opponent’s board states.

While slowing down your opponents, Mirri, Weatherlight Duelist is also adept at dishing out damage. When Mirri attacks, her ability will prevent opponents from blocking with more than one creature each combat. With how wide the cat tribal decks tend to go, this ability could let you devastate your opponent’s life total, ending their game in one lethal attack.

While Ajani, the Greathearted may not be able to be your commander, we couldn’t exclude the Planeswalker from this list. With the ability to buff your entire board with +1/+1 counters and give your creatures vigilance for as long as he sticks around, Ajani, the Greathearted is an absolute powerhouse of a cat whether he’s played early or late game.

The Best non Legendary cats in Magic: The Gathering for Commander

With only 31 Legendary cats available to be included in your Commander deck, you’ll also need an assortment of non-Legendary creatures. However, this doesn’t mean we need to disrupt the theme. There are still plenty of powerful cats for your consideration. As with most decks, the best creatures expand your board state and synergize with one another to make your army of cats near unstoppable.

Regardless of whether you’re flickering Agent of Treachery, Dockside Extortionist, or Elspeth Conquers Death, Displacer kitten is a must-have in your cat tribal Commander deck if you’re playing blue.

Regal Caracal may not come cheap, but its ability to give all other cats +1/+1 and lifelink more than makes up for the cost. Entering the battlefield alongside two 1/1 cat tokens to further justify its cost, Regal Caracal has the power not just to develop your board state but to turn it into a real threat.

As potentially the best non Legendary cat in Magic: The Gathering, not only does Feline Sovereign buff your board, but it also protects your cats from their biggest enemy: dogs. This effect may not be all too useful outside of a cat vs. dog tribal battle. However, the flavor alone surely makes it a worthy inclusion in your deck. If the flavor isn’t enough to convince you, Feline Sovereign also handily lets your cats deal with artifacts and enchantments.

King of the Pride

Similar to Regal Caracal and Feline Sovereign, King of the Pride buffs all other cats on your board, just better. At just three mana, King of the Pride may not have many fancy bells and whistles, but what it does have is the potential for a whole lot of damage thanks to giving all your other cats +2/+1.

For the times where you want to go big rather than wide, Pride Sovereign is there to put the fear of cat-based god into your opponents. Getting +1/+1 for every other cat you control, a tribal deck all about cats is sure to turn Pride Sovereign into a serious threat and, admittedly, a significant target for removal. With the additional Exert ability to create two 1/1 cat tokens with lifelink, Pride Sovereign can even be helpful when it’s not attacking.

Buy At TCGPlayer
Leonin Warleader is one of the best token-generating creatures that are available in a cat tribal deck. With the ability to create two 1/1 cat tokens that are tapped and attacking, Leonin Warleader is only hampered by its need to attack itself. Alongside Doubling Season or Parallel Lives, Leonin Warleader can quickly become a huge threat on the board, especially when coupled with other cats dishing out plenty of buffs.

The Best non-cats for your cat tribal deck in Magic: The Gathering

As fun as it would be to have a commander deck that is literally nothing other than cats, sometimes it’s best to include a few cat adjacent cards. Whether they’re Commander staple instants and sorceries or enchantments to buff your board, consider these cards like treats for all your hardworking cats.

With the ability to make the land you’re flooded with useful, Felidar Retreat is an obvious inclusion in cat-themed decks. Giving you a choice between making a 2/2 cat beast token and giving your creatures a +1/+1 counter and vigilance for a turn, upon Landfall, Felidar Retreat is always useful for as long as it sticks around.

While maybe not as interesting as the cat creating enchantments, Heroic Intervention is a must-have in any cat tribal deck for its ability to deal with the biggest threat to cat kind: removal. Providing hexproof and indestructible to all your creatures until the end of turn, Heroic Intervention lets you safely survive board wipes such as Wrath of God, which is a must-have in Commander.

With cat tribal decks potentially creating a whole cattery’s worth of tokens, Anointed Procession is an ideal enchantment for creating even more cats. For only four mana, the same cost as Parallel Lives, you’ll get twice as many tokens from any spell in your deck, allowing you to quickly build up a board that’s as wide as it is deadly.

At 3WW, Cathar’s Crusade is much more expensive than other board buffing options such as Rally the Ranks. However, this is for a good reason. Rather than just applying a flat +1/+1 buff to your board, Cathars’ Crusade gives all your creatures a +1/+1 counter whenever a creature enters the battlefield under your control. With a few well-timed cats, this will let you turn your creatures and tokens alike into serious forces to be reckoned with.

Even in a deck that relies heavily on tokens, Guardian Project still has a home in any cat-mander deck. Thanks to its ability to draw a card for every unique creature in your deck, Guardian Project even made our list of the top twelve best bits of green card draw in MTG.

These three cards may not be the ideal fit for your cat tribal Commander deck in every situation. However, it feels like it’d be a crime not to include them on this list. With how cute these three cats are, we’re confident it could actually be illegal not to include them in your deck. Could you bring yourself to say no to their adorable faces?