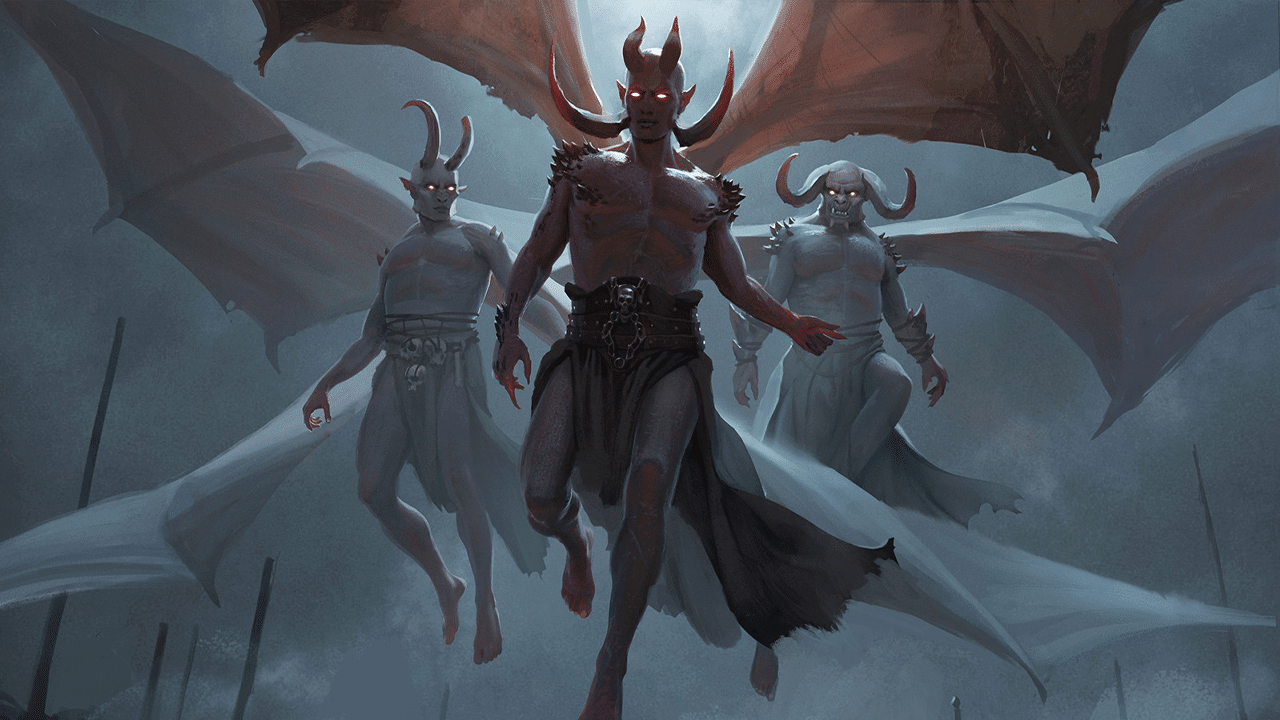 The 10 Best Tribal Cards In Commander

Tribes in Commander are great, and while we’re always happy to write about the specific tribes, it’s good to know about the cards that can form the backbone of any tribal deck.

If you want to make sure that no matter what tribe you’re going with, and we even mean the weirder stuff like goats or changelings, they’re supported by good cards, then here’s the list of the best tribal cards for you.

The 10 best tribal cards for Commander

There are a lot of honorable mentions for this kind of list, but we’re going to keep it to just one with Morophon, the Boundless.

Morophon is a seven mana colorless Shapeshifter that lets you choose a Creature type when it enters, and then makes all of your spells of that type cost WUBRG less to cast, this only reduces the colored mana you pay, and it even gives those Creatures a +1/+1 boost. It’s a cool card, but it’s quite pricey, and is only at it’s best with five-color tribes like Dragons and Elementals.

With that beast out of the way, let’s get onto the best tribal cards in Commander.

10 – Mirror of the Forebears

Mirror of the Forebears is a two mana Artifact, and when it enters the battlefield you get to choose a Creature type (this is going to happen a lot in this list). It doesn’t do anything until you pay one mana, though.

When you pay one mana, it becomes a copy of a Creature you control until the end of the turn. While there should always be options for this, it basically allows you to break the rule of one card in your Commander deck, and because it’s an Artifact, it can go in any deck. It’s especially powerful in a tribe with good lords because you can buff up your army even more.

Steely Resolve is a two mana Green Enchantment that, again, allows you to choose a Creature type when it enters.

From that point on, Creatures of that type can’t be the targets of spells or abilities. Basically, they have shroud. This is an excellent way to protect your own things, but it does have a small drawback, and that’s because it doesn’t say “Creatures you control.” That means that even your opponent’s things will be protected if they happen to be playing the same tribe or just some cards that share a type.

The entire Kindred cycle is useful most of the time, but two of them sit atop the others. Kindred Dominance is the first of these, and it costs seven mana for a Black Sorcery spell.

When casting it, you choose a Creature type, and then every Creature that’s not that type gets destroyed. One-sided board wipes are incredibly powerful, and it’s often worth the extra two mana to keep your Creature alive. The only card that really comes close to this is Crux of Fate, but that’s only good if Dragons are relevant.

In the event you do end up with all of your Creatures destroyed, then might we recommend doing some bidding? We’re talking about Patriarch’s Bidding, which is a five mana Black Sorcery spell.

When cast, every player chooses a Creature type, and then all of those cards are brought back from the graveyard to play. This is another one that has an upside for opponents, but assuming you’re doing a better job of being a tribal deck than they are, it shouldn’t be an issue. You can always keep a couple of cards around that exile graveyards if needed though, like Bojuka Bog.

Kindred Discovery is the other Kindred spell on our list, and it’s the Blue one. Kindred Discovery costs five mana and is an Enchantment where you have to choose a Creature type when it enters.

From then on, Whenever a creature you control of the chosen type enters the battlefield or attacks, you get to draw a card. That’s every single instance. What this means, is that you can swing in with a couple of Merfolk and very easily refill your hand. It’s an extraordinary card advantage engine.

When Belbe’s Portal comes into play, you get to choose a Creature type. If you’re bored of reading that part, please pretend it’s not there in the next few entries. Anyway, Belbe’s Portal is a five mana Artifact with a very cool activated ability.

For three mana, you tap Belbe’s Portal, and you can then put a Creature card of the chosen type into play. That means nobody can counter it, and you can very easily put in a Creature you can’t afford otherwise. We always like to cheat out big things for less mana, so this one is a keeper. It’s worth noting that both Quicksilver Amulet does this without the Creature type restriction, and Dragon Arch does it for cheaper, but only for multicolored Creatures. They’re all good, though.

Read More: Have a look at these amazing X-Men custom MTG cards

There are a lot of cards that make tokens of Creatures as they enter, but they’re usually in Red, and the tokens don’t often stick around. Well, Reflections of Littjara is a five mana Blue Enchantment that makes you choose a Creature type when it enters the battlefield.

Then, whenever you cast a spell of the chosen type, you get to create a token of that card. That means they get to stick around, you double any enter the battlefield triggers, and sometimes you just get a very large and terrifying army very quickly. It also means that even if your spell is countered, you still get a token to use, which is awesome. Just be mindful of legendary cards here.

There are so many Artifacts that will boost the strength of your Creatures, and they all have strengths and weaknesses, but in our opinions, Door of Destinies is the best of the bunch. Door of Destinies is a four mana Artifact where you choose a Creature type when it enters. We know, we’re shocked too.

Then, whenever you cast a spell of the chosen type, you put a charge counter on the Door. Creatures you control of said type get +1/+1 for every counter on it. While this isn’t as good in the late game as something like Coat of Arms, it’s much better early on, and you don’t need to have an army to make them all big and scary.

Now, we’re big fans of casting stuff for free, even though it usually breaks formats and leads to bannings. Thankfully, this is Commander, so doing the absurd is commonplace. Descendant’s Path is a three mana Green Enchantment that doesn’t necessarily need to be in a tribal deck, but is definitely at its best when it is.

So, at the beginning of your upkeep, you reveal the top card of your deck, and if it matches a Creature type you have in play, you get to cast it for free. If it’s not something that matches, it goes to the bottom of the library. This is an excellent card if you’re playing a Creature tribal deck, but it’s one of the best tribal cards without question if you’ve got a little deck manipulation in there too.

Finally, we’ve got something nice and simple. Urza’s Incubator is a three mana Artifact that makes you choose a creature type when it enters, and if we never have to type that godforsaken phrase again, it’ll be too damn soon.