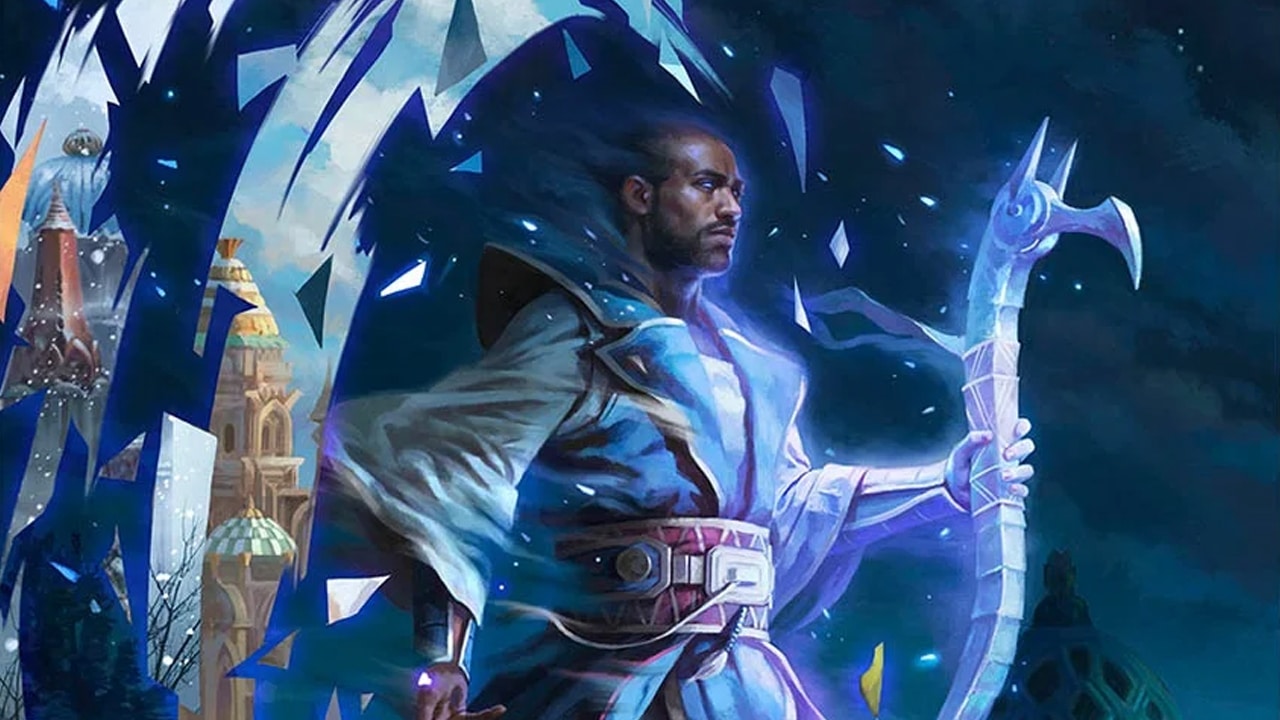 As its release date looms ever closer, the hype for The Brothers’ War continues to grow evermore. Over the past week, players have been inundated with story segments from the set, and now it’s only a matter of time before the spoiler season begins in earnest. Due to kick off on the 27th of October, just before Magic 30 in Vegas, this spoiler season is set to be one to remember. Ahead of the official start of the spoiler season, however, MTG players are being treated to one last teaser. As is tradition, this tantalizing The Brothers’ War teaser has been provided by MTG’s lead designer Mark Rosewater. Revealing Artificers galore, a new Teferi, and a new Command, The Brothers’ War already has many players excited.

Kicking off their teaser, Mark Rosewater revealed that The Brothers’ War will feature “over ten legendary Human Artificers.” Given that The Brothers’ War is all about massive artifacts and war machines, this admittedly isn’t the biggest surprise. Nevertheless, having ten Human Artificers in a single set is a powerful way to declare a set’s central theme emphatically. Despite how interesting it may seem at first glance, these artificers aren’t as varied as some players may hope. As Reddit user u/The_Nilbog_King pointed out, it appears ten legendary Human Artificers doesn’t mean ten unique characters.

Instead, u/The_Nilbog_King surmised that The Brothers’ War will include “3 Urzas, 3 Mishras, Tawnos, Ashnod, Tocasia, [and] Loren.” Compared to the prospect of ten suitably unique legendary Artificers, this repetition may be disappointing to some. As we discussed recently, the trio of Urzas and Mishras may be more problematic than just hugging the legendary spots. Nevertheless, there is some hope that The Brothers’ War isn’t just oops all Urza. As u/cec425 pointed out, “the teaser said ‘over’ 10.” This means that there’s still a chance for legendary Artificers such as Feldon to make an appearance.

A Command With X in Its Mana Cost

While Mark Rosewater has provided the first detail about them, we’ve known that The Brothers’ War will feature a new Command spell for a little while now. Known as Mishra’s Command, the existence of this card was spoiled by the recent Building Worlds video. Providing a glimpse at the card’s art, players quickly began speculating about potential mechanics. Despite that speculation, we can’t imagine that many players were expecting an X-cost Command. While Rosewater has revealed this critical detail, there’s still no telling exactly what this Command spell might do. We’d expect a gaggle of X-cost abilities, such as drawing X cards, gaining X life, or dealing X damage, however, we won’t know for sure until the card is spoiled.

A Teferi With a New Way to Gain Loyalty Counters

Throughout Magic: the Gathering’s long history, we’ve seen various ways for Planeswalkers to gain loyalty counters. Chandra, Acolyte of Flame, for instance, could put a loyalty counter on every red Planeswalker you control instead of having a +1 ability. Dovid, Grand Arbiter could also gain loyalty counters from creatures dealing combat damage to a player. More uniquely, Dakkon, Shadow Slayer’s starting loyalty was equal to the number of lands you control. Let’s not forget B.O.B. (Bevy of Beebles), as well, whose loyalty was equal to the number of Beebles you control.

Despite having all these exciting ways to gain loyalty counters, The Brothers’ War’s Teferi is doing something new. Subsequently, there’s no telling precisely what Teferi’s new loyalty counter-gaining method is. That small detail, however, hasn’t stopped MTG players from flagrantly speculating about what might be in store. On the MagicTCG Subreddit, the most popular bit of speculation came from user u/Jackeea. In their comment, u/Jackeea suggested, “whenever your opponent audibly swears after getting a spell countered, put a loyalty counter on Teferi, Time F*cker.”

Similarly, u/FjordExplorher jested that the new ability may be “take more than 2 minutes to decide to counter your opponent’s spell, add a loyalty counter.” User u/Serene_Skies likewise suggested, “if your opponent audibly groans when you play a Teferi planeswalker, put a loyalty counter on each Teferi you control.” While humorous and potentially deserving a spot in a future Un-Set, ultimately, there’s no telling what new Teferi actually does. At least, not until the new Teferi gets revealed properly during The Brothers’ War’s spoiler season.

Alongside those exciting glimpses at future cards that have gotten the community talking, Mark Rosewater also revealed many more details. For better or worse, however, many of these details don’t inspire much needlessly wild speculation. “Another card with ‘end the turn,’” for instance, is interesting but also fairly self-explanatory. The same goes for Rosewater’s reveal of rules text that reads, “create a tapped Powerstone token for each other creature you control.” Thanks to Karn, Living Legacy, we’ve known that Powerstones are going to feature prominently in The Brothers’ War for some time.

Alongside the somewhat expected cards, Mark Rosewater also revealed details about creature types that will be available in The Brothers’ War. Once again, many of these reveals may not be tremendously surprising, but several of them are at least fun. This should hopefully help to inspire new and flesh out existing tribal decks in Commander. Here’s Mark Rosewaters’s list of “some creature type lines in the set:”

If all that wasn’t enough for you, worry not, as Wizards of the Coast have even more up their sleeves. On Thursday, the 27th of October, Wizards will officially kick off The Brothers’ War spoiler season. As Wizards detailed recently, this is set to last until November 4th when Robot Wars, yes, the classic British TV Show Robot Wars, spoils the last card. During this week-long spoiler season, MTG players can expect plenty of cards to be revealed during Magic 30.