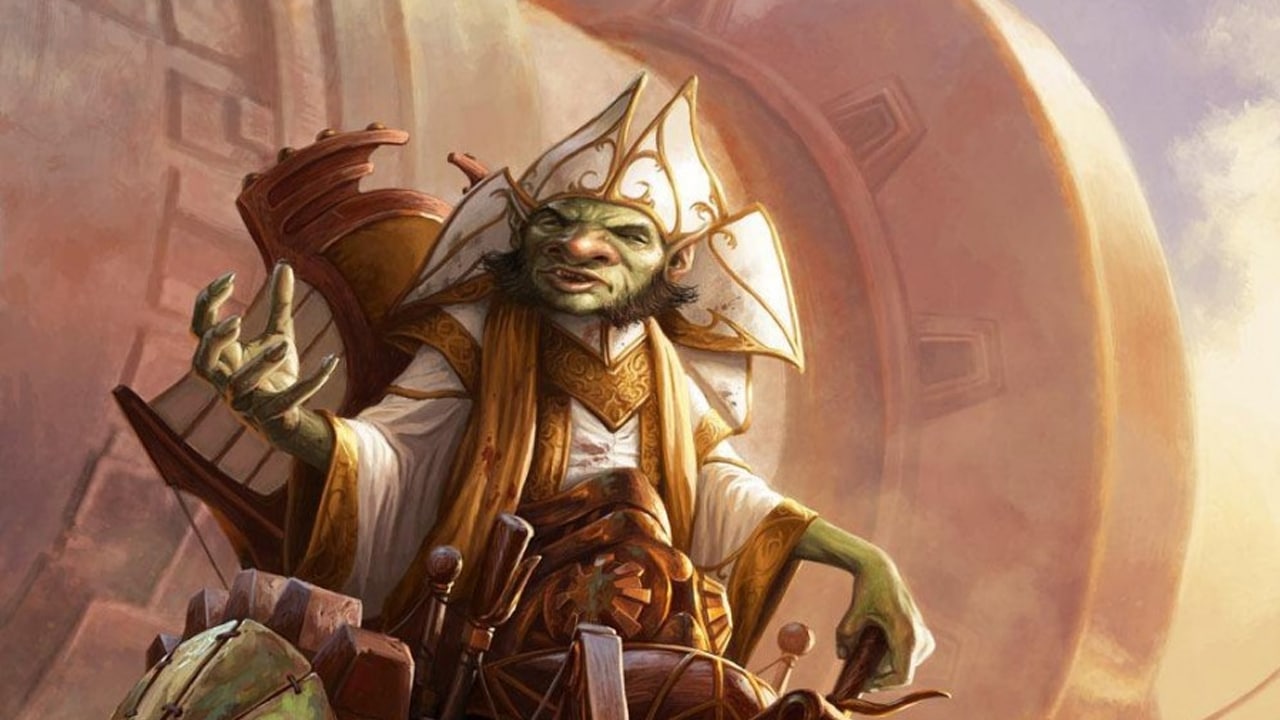 With MTG sets spending roughly two and a half years in development before seeing release, it’s no surprise that during that time, changes get made. Typically, thanks to the diligent work of the set design team, these changes aren’t visible in the set’s final release. However, MTG’s designers occasionally peel back the curtain to reveal what the set once was and could have been. Most recently, Lead MTG Designer, Mark Rosewater, has lifted the veil of mystery on The Brothers’ War before its release. In doing this, Rosewater has revealed that The Brothers’ War once looked very different from the set releasing next week.

Throughout recent Making Magic posts, Mark Rosewater revealed that, somewhat surprisingly The Brothers’ War once included another major new mechanic. Joining the likes of Prototype and Powerstones (technically), Scrap was originally intended to be a significant part of the set. Pitched as an artifact-focused offshoot of Perpetually from Alchemy, Scrap allowed artifacts to gain abilities permanently. Below is a look at roughly how the Scrap mechanic would have looked on MTG cards in The Brothers’ War.

Scrap – Scrap N (N, Exile this from your graveyard as a sorcery: Target artifact gains all its other abilities permanently.)

After being cooked up by Vision Design, Mark Rosewater noted that while interesting, Scrap wasn’t without problems. “Scrap was the boldest inclusion in the vision design handoff. So much so that the Vision Design team included Unearth as a backup mechanic for it.” Understandably, it may seem strange to suggest a replacement mechanic when the work has already been put into designing a new one. According to Rosewater, however, “this is a common tactic in vision design. Try something that pushes boundaries, but then come up with a viable (and most often safer and easier to execute) alternate mechanic.”

As Vision Design expected, the major issue with Scrap was that it was simply deemed too confusing. While supposedly a lot of fun, the feedback following playtests with upper management was that Scrap was ultimately “too complex.” While complexity isn’t inherently terrible, it didn’t make sense in The Brothers’ War when there was a viable alternative. As Rosewater explained, “Scrap was, by far, the most complex mechanic, and it had an easy backup, Unearth, that could fill its place both mechanically and creatively.”

Alongside Scrap, Raid was another mechanic pitched by Vision Design which didn’t survive the set design process. Initially introduced in Khans of Tarkir, Raid was an exceptionally aggressive mechanic which encouraged attacking each turn. Subsequently, since The Brothers’ War is a war story that “is, at its core, about conflict,” Raid seemed like a perfect addition to the set. When originally pitched, Raid also offered some well-needed aggression to a set otherwise focused on building giant war machines.

Unfortunately for Raid fans, as Scrap was scrapped and Unearth replaced it, The Brothers’ War gained the aggression it needed. As Rosewater noted, “Unearth, by its nature, encourages players to make use of the cards they bring back from the graveyard, as they only last for a turn. If you bring back an artifact creature, why not attack with it? It’s going to die at the end of the turn anyway.” As a result, the aggression Raid provided became superfluous, leading Set Design to remove the mechanic entirely.

As a firm fan-favorite MTG mechanic, there was a lot of excitement about Meld’s return in The Brothers’ War. That excitement was extinguished somewhat when it was confirmed that, like Eldrich Moon, the set only features three Meld pairs. With Meld being an incredibly flavorful and mechanically interesting mechanic, many players were understandably disappointed by this reveal. During set desire, Meld’s return wasn’t always so limited, however. In the recent Making Magic post, Rosewater revealed that initially, The Brothers’ War was due to include eight meld pairs. Three of these were rare/mythic pairs which survived development. However, the other five pairs were all common cards.

“Each one paired an artifact creature with a spell,” Rosewater explained. “If the spell was in the graveyard when you cast the creature or if the artifact creature was on the battlefield when you cast the spell, they melded. The pairs represented Urza and Mishra taking everyday objects and magic to create weapons.” Unfortunately, while these Meld pairs sound incredibly interesting, ultimately, “it added complexity and variance, both of which would make it harder to balance.” Subsequently, the five common Meld pairs were removed from The Brothers’ War before release.

Thankfully for fans of the Meld, the possibility of the mechanic returning in force isn’t being ruled out entirely. “Talking with Yoni, he believes that common meld pairs are probably doable in a future set, but they require the set structure to give them a lot of support.” While this wasn’t something The Brothers’ War was able to provide, future sets could theoretically be built to support Meld.

Hope for the Future

While Scrap, Raid, and Meld, to some degree, were removed from The Brothers’ War, these mechanics aren’t gone and forgotten. Meld is at least “probably doable in a future set” and certainly beloved enough to make a return. Similarly, Raid appears to be a mechanic that’s just waiting for the right set that needs some aggression. Even Scrap, which certainly seems to have its problems, isn’t entirely without hope for the future. Speaking on Blogatog, Mark Rosewater offered a coy “maybe 🙂” when alluding to the return of Scrap in the future.