MTG: Format Warping Planeswalker Returns For Phyrexia: All Will Be One 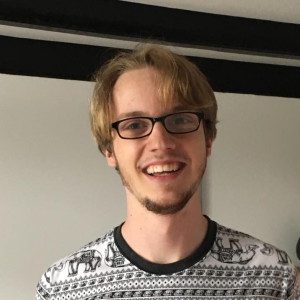 Another batch of new Phyrexia: All Will Be One Planeswalkers have been revealed. Vraska has been compleated, though to anyone who has seen the leaked art for Phyrexian Arena this is no suprise. Meanwhile, Kamigawa’s Wandering Emperor remains free of corruption.

Both of these cards seem powerful, but pricy. Are they worth their mana costs?

The new Vraska seems interesting. Her 0 ability allows you to lose a life and draw a card. You then Proliferate, an effect which allows you to choose any number of players, and permanents with counters and give them each an extra one. This means that, in effect, Vraska’s first ability functions as a +1. Vraska’s -2 turns a creature into a treasure token, removing them whilst giving your opponent a bit of compensation.

Vraska’s ultimate, costing nine loyalty, gives a targeted player nine poison counters meaning they are only one away from a game over. If you can use this effect whilst keeping Vraska alive, or with another copy of her in your hand, all it will take is one more use of her 0 ability to finish them off.

Vraska costs five mana and enters play with six loyalty. Like other compleated Planeswalkers, Vraska can be played for one mana less, in exchange for two life and entering play with two fewer loyalty counters.

Overall, the new Vraska seems like an interesting support card, putting Proliferate on a Planeswalker is definitely an exciting choice.

The community are still weighing up Vraska. Several comparisons are being drawn between her and the Adventures In The Forgotten Realms Planeswalker Lolth, the Spider Queen.

“She accelerates your other Planeswalkers while ticking up, and her -2 is basically a creature-only Buy Your Silence.” –TechnomagusPrime

“Aside from the fact that this is basically just a better Ob Nixilis, Reignited, it is a pretty cool card. Proliferate on the +0 is really nice.” –AnwaAnduril

The question still remains whether the support Vraska provides is worth her steep price.

The Wandering Emperor is still tearing up Standard, after being printed in Kamigawa: Neon Dynasty in February last year. Although this version of her isn’t as powerful, she’s certainly worth analysing.

The Wanderer’s +1 effect exiles one target artifact or creature, returning it to play during its owner’s next end step. This is a very versatile ability. You can flicker your own creatures with powerful enter the battlefield effects in order to recur them. You can get rid of your opponent’s most powerful threats, flickering them out of existence repeatedly on each of your turns. This ability also has the corner case of allowing you to regain control of a creature that has been stolen by an opponent using a Confiscate effect.

The Eternal Wanderer’s 0 ability gives you a 2/2 White Samurai token with double strike. Double strike is one of the most powerful keywords in the game. Even with just a 2/2 body that Samurai token will be able to take down 4/4 creatures and deal out some reasonably significant damage.

Finally, there is the Wanderer’s -4 ability. Due to this card’s high starting loyalty, this can be activated as soon as it enters play. The Eternal Wanderer allows you to choose a creature controlled by every player and then sacrifice every other creature in play. This is a very powerful removal effect. Because it “sacrifices” creatures it circumvents indestructibility and because it doesn’t target it gets around hexproof. This ability shine in EDH, where there will be lots players providing a larger number of creatures to destroy.

The community seems to view The Eternal Wanderer quite positively, though there is some wariness regarding her high casting cost:

“Might actually be one of the better EDH planeswalkers with a powerful -4 she can use immediately and a really strong passive.” –Thesamjbow

“I can’t think of another planeswalker that defends itself this well.” –Mateogg

Will the Eternal Wanderer be wandering into your deck?