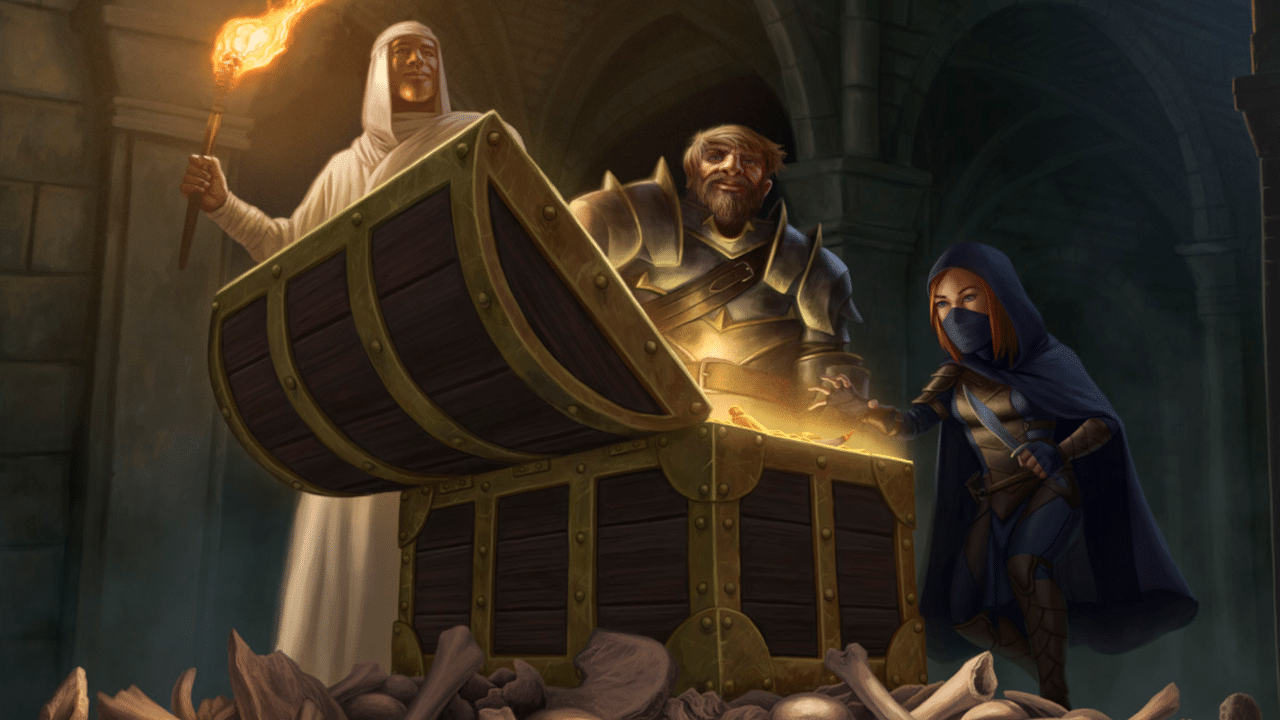 How to Build a Treasure Deck in Magic: the Gathering

One of the newer mechanics in Magic: the Gathering is Treasure Tokens. These little tokens are pretty powerful and can help enable tons of different strategies. That being said, the mechanic has recently gotten a ton of support, so much that we can build a whole deck around it! Today, we’ll take a look at how you’d want to go about building a deck based around Treasure Tokens.

There’s a few different ways that you can go about building a Treasure Deck, but it all starts with what colors you’re working with. Red is going to be the primary base color, as that’s the color that has the most support for Treasures. Depending on the format that you’re looking to build in, here are a few cards that you’ll want to look for.

Once we have some core red cards, we can then start looking at second colors. In this case, Blue seems to be the next logical choice, due to the amount of cards that support it, but Black is a close second place here as well. If you’re going with Blue, then you’re looking to play a more spell based deck, or potentially an artifact based strategy. Here’s a few cards that you could look at to play into this.

Now looking at black as the secondary option, black is definitely more creature focused, and has some a good deal of removal as well. Here’s some cards in black that you’ll want to consider.

There’s a couple of commanders noted here, namely Prosper, Tome-Bound, or Kalain, Reclusive Painter. While there aren’t nearly as many cards for black, this deck has a pretty natural pairing with some green cards and can lend itself to a full Jund deck.

We don’t have a Jund treasure commander, but we’d most likely look for something like Korvold, Fae-Cursed King or Gyrus, Waker of Corpses.

White doesn’t have lot in the way of supporting Treasure tokens, but what it does have is pretty powerful.

Smothering Tithe and Monologue Tax are both pretty strong cards in their own right, and most likely will fit well with the into the Izzet version of the deck, making it Jeskai. There isn’t a Jeskai Treasure commander, but you could definitely play more of a control focused commander and leverage a lot of treasure synergies.

Since Treasures are artifacts, there are a bunch of great artifact support for the archetype as well! These can fit into all variations of this deck well.

There’s a great deal of cards and choices to be made here, but one crucial thing to think about is your win condition.

READ MORE: This Commander Combo Piece TANKED In Price – Get It While It’s Low

Having a deck that can generate a lot of treasures is great, but if we don’t have anything to do with those treasures, then it does us no good. Let’s look at some different win conditions for the different versions of this deck.

For our Izzet deck, a pretty common win condition is Omniscience, Enter the Infinite, and Thassa’s Oracle. That’s probably the quickest way to win. You could also play something like Crackle with Power and multiple cheap copy effects to kill the table in one shot.

Hellkite Tyrant has an artifact focused alternate win condition built in to it, and it plays well with various Extra Turn spells that we could play. Finally, Mechanized Production is basically the same thing, but it can happen a lot quicker.

Black really only has 1 “I Win the Game” condition for this deck in Revel in Riches. You can also look at generating a bunch of mana with your treasures by sacrificing and reanimating Dockside Extortionist over and over again, and cast a MASSIVE Torment of Hailfire to put the game away as well. Most likely if you’re playing the Rakdos or Jund versions of this deck, you’re probably winning through creature beats, or your playing Hellkite Tyrant.

Whichever way you fancy, Treasures are a really fun deck to build. There’s a lot of different ways that you could take the deck and tons of great supporting cards out there. I’d definitely recommend EDHREC as a great resource for more card recommendations for when you go to build your Treasure deck.