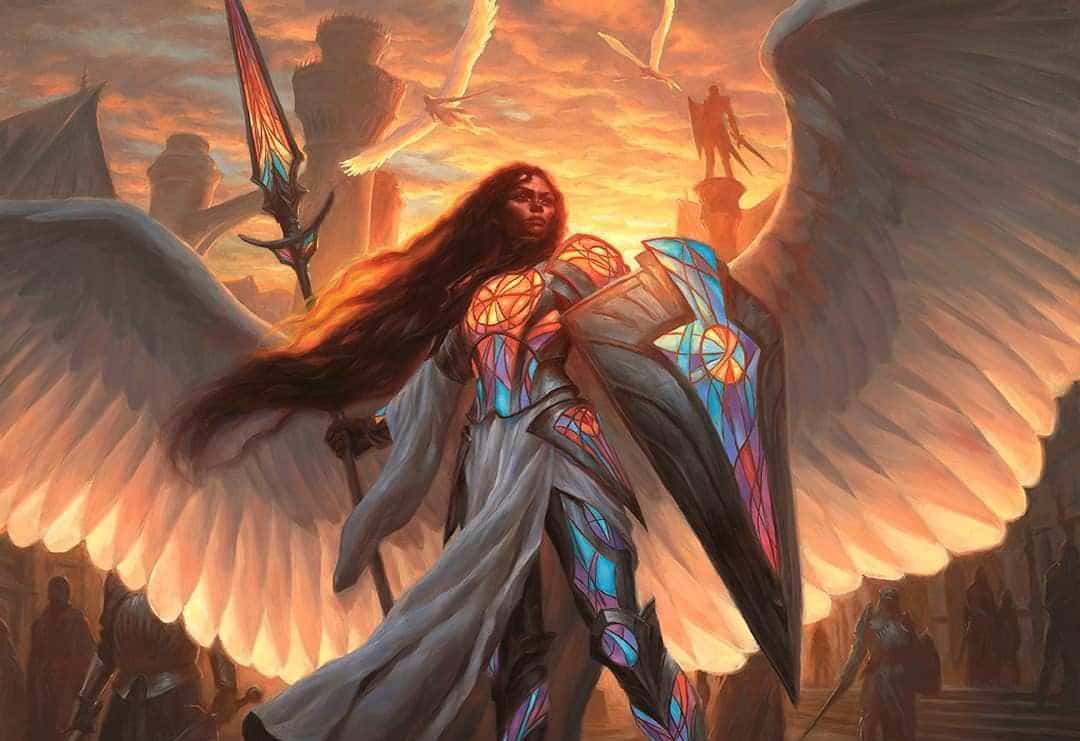 Jumpstart 2022, as of today, has been entirely spoiled, and some of the reprints look great! Keep in mind that these are all going to cause massive dips in their value, and that’s a good thing. While the financial side of MTG is fascinating to some, making game pieces more accessible for fans of the game is never a bad thing to do.

As a short note before we start, prices listed here will be based on the cheapest TCGplayer market price variant currently available. We’ll also be referring to the unique Jumpstart 2022 rarities, which, while still understandable without further explanation, may require some. We covered that here.

Whether you’re looking to pick up some of these reprints for cheap or if you’re interested in knowing what the best hits in your Jumpstart 2022 Booster boxes are, here are the most valuable Jumpstart 2022 reprints that you can open!

Because Lyra Dawnbringer is so close in price to the fifth card on this list, we turned this into a top six list. Lyra Dawnbringer only has one widely available printing. Besides appearing in random LGS prize packs, this card was printed as a Mythic in Dominaria United.

Lyra’s reprinting is also at a Mythic rarity, meaning that it will only appear in one of 112 packets. Specifically, Lyra will appear in the second variant of the common Holy theme. If you do happen to open this common theme, don’t count yourself out since you have a 25% chance at one of the most expensive reprints in the set, with Righteous Valkyrie being a fantastic consolation prize. Lyra’s market value is currently $14.50ish, but expect its price to drop over time.

This card has been a part of The List for a while now, and it’s getting yet another reprint in Jumpstart 2022. This behemoth was worth more than $30. Goldspan Dragon is now worth about the same as Lyra Dawnbringer, but its recent rotation out of the Standard format hurt its price more than its reprints have. Fortunately, this makes it much easier for Treasure players in Commander to pick up, and this should make it even easier!

You’ll find Goldspan Dragon in one of the two Dragon packets. The other packet will have Sarkhan, Dragonspeaker, which, while still very cool, is not worth very much.

Karn Liberated received a lot of attention upon spoiling for the absurd packet that it is a part of. Two of the cards on this list are a part of the Urza Mythic packet, which is definitely among the best packets to open in the set.

The anime art may keep the price of this particular Karn up a bit, even if this and his List reprint dampens it. Karn is currently worth around $16 and brings with it the absolute dream of assembling Urzatron in a Limited format with a Karn payoff.

Walking Ballista is the other card in the Urza packet and is just as insane of a Urzatron payoff as the silver golem himself. You won’t be assembling this with Heliod for infinite damage (you can try and do that with Kiki-Jiki, Mirror Breaker and Pestermite), a 7/7 that can turn into damage will be insanely hard to deal with in a Limited format.

Walking Ballista comes in at a clean $17 but is banned in some formats. Commander players need not worry, however, as the card is playable there. Admittedly, unless you’re trying to go infinite in it, your money is better spent on Commander cards that impact the board in a more significant way.

Read More: This Brothers’ War Rare May be a Second Collected Company!

We talked about this card recently as something that direly needed a reprint. Jumpstart 2022 gives us the one we needed, and everyone should be excited about it! For those who already own a copy of the older Seizan, condition heavily impacts this card’s price. While lightly played and moderately played copies have decreased significantly, Near Mint copies in the marketplace are selling for about $40.

The market value for this one is a bit hard to pin, but $30 is probably close to the actual average after a slight decline. Expect this card to decline a lot more, however, since its price point has a lot to do with scarcity. Seizan, Perverter of Truths is available in one of the Rare Demon packets and should be available somewhere else according to his rarity.

Rhystic Study is, and perhaps always will be, one of the cards that define the Commander format. Not everyone is a huge fan of it, but even though this card has seen a few reprints, has not been overly affected in terms of its value. The card is currently worth about $37 and has been worth more in the past, but this reprint should help to curve the price of this card.

In terms of where you find this card in Jumpstart 2022, you can discover Rhystic Study in one of two Go to School packets.