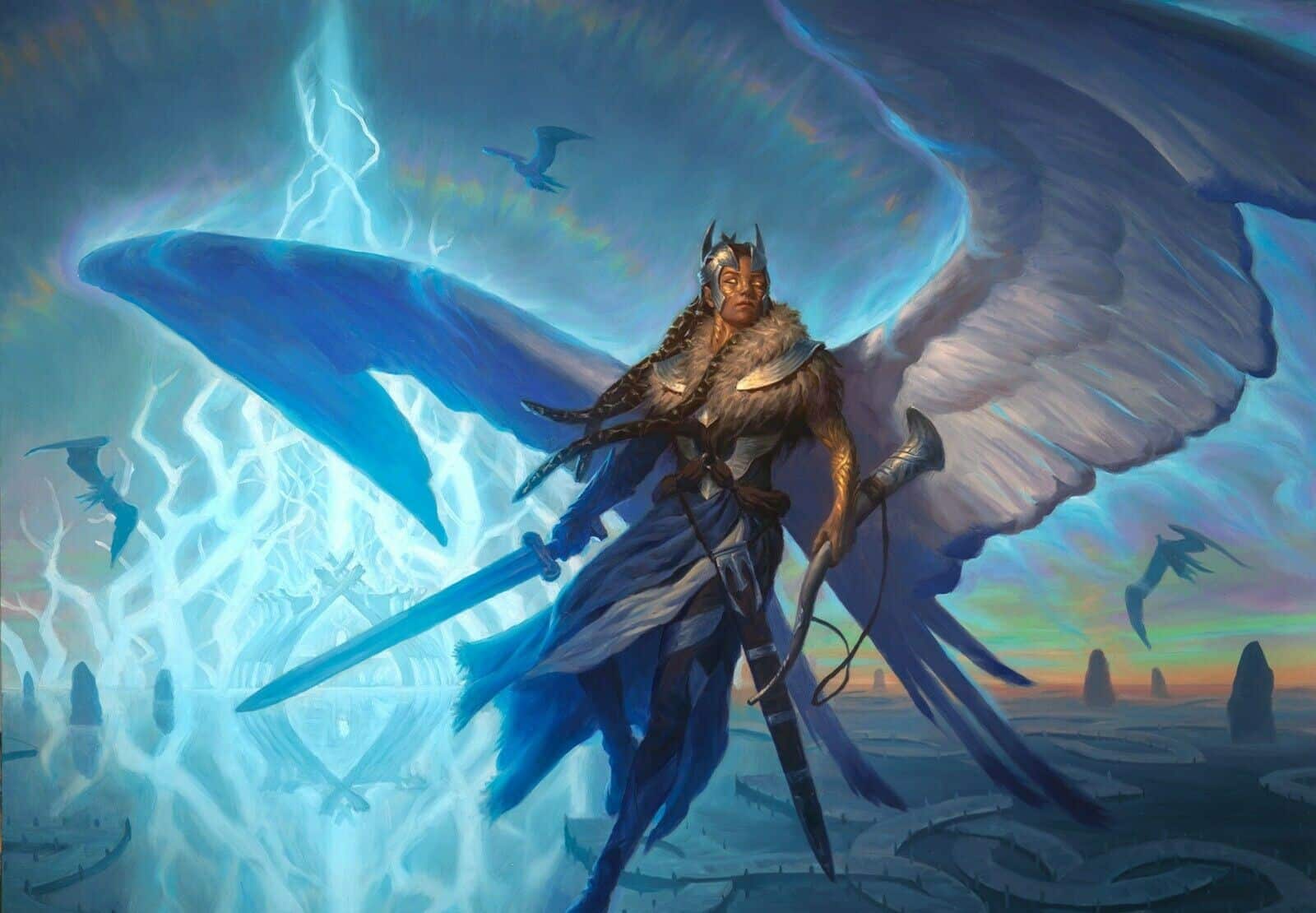 This Brothers' War Rare May be a Second Collected Company!

Decklist submission deadlines have passed for the upcoming Regional Championship weekend, and one surprising take has been circling the competitive portions of the internet: Angels are busted. The lifegain strategy has been an absolute menace on MTG Arena for quite some time now, creating turns with so many triggers in the mirror that players gain a competitive advantage by constantly closing and opening the app to skip trigger animations. Well, a new Brothers’ War card has made this a popular rogue strategy in the Pioneer format, and many have it as one of the best decks going into the most competitive paper weekend of MTG we’ve seen in a long time. Let’s look at Kayla’s Reconstruction or Collected Company 2.0!

Angels were already a menace when players could play four copies of Collected Company. Kayla’s Reconstruction is a tad bit more expensive but can also function as a mana sink at later points in the game. Ideally, you want to invest 5-6 mana into this card.

Don’t Play Four of These

Unless you’re playing Standard, Kayla’s Reconstruction and Collected Company can be a bit weird together. They are both bad hits for one another, so running too many of these can ruin your curve and make it harder to consistently find two hits on the spells. Make sure that, if you do decide to play the cards together, you have enough targets that both cards will consistently hit creatures. Little feels worse than whiffing on a Collected Company, after all.

Angels have felt like a fantastic pick for Pioneer as of late. Most of the synergies between different Angels culminate to two cards: Resplendent Angel and Righteous Valkyrie. The Valkyrie gains life whenever another Angel or Cleric enters the battlefield and eventually gives a buff to all creatures when you’re above seven life. Resplendent Angel creates an Angel token if five life has been gained throughout a turn, which generally gains more life. This, combined with a suite of powerful support cards like Bishop of Wings and Giada, Font of Hope, creates a bunch of flyers that perpetually snowball into something that creature decks simply cannot deal with. The lifegain outlasts decks like Mono White while the flying creatures can outgrow the threats offered by Izzet Phoenix, and Parhelion II from Greasefang suddenly doesn’t look all that threatening.

The weakness of these decks is that they have a pretty tricky time reloading. There’s not a lot that the Angel decks can do after a board wipe. Collected Company and Kayla’s Reconstruction, therefore, gives them a considerable boost.

Will Angels Dominate this Weekend?

While many who are playing this weekend have told me that this is amongst the best decks, it isn’t what I would register if I were playing. My Regionals are the upcoming weekend instead, and I have absolutely no idea what I should be playing (so I will probably play what I like). Either way, the amount of spicy brews flying around MTG Twitter is at an all-time high, and it will be interesting to see what decks make it out on top!

Read More: MTG Brothers War Uncommon May Be the Best Card in the Set