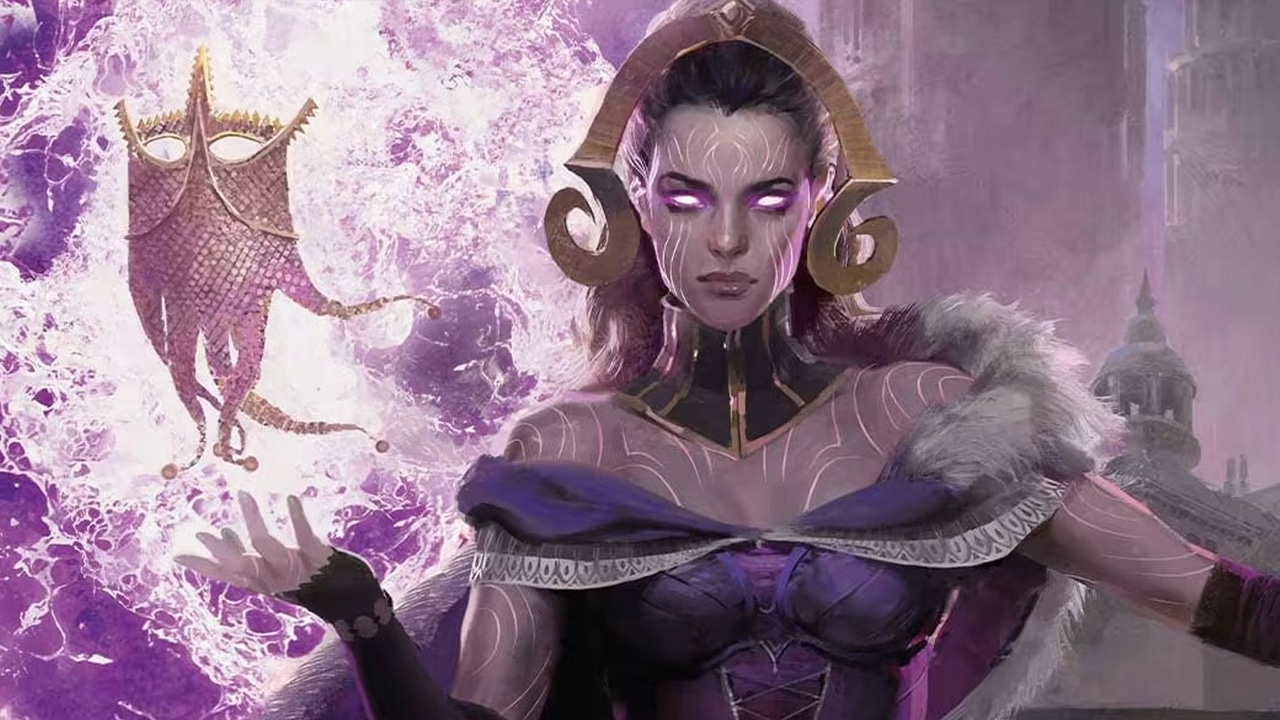 Double Masters 2022 is the second set in a row that hasn’t been appropriately released for online clients. Following Commander Legends: Battle for Baldurs Gate, MTG Arena players have been left without a new set since Streets of New Capenna. Typically, only getting standard sets for online MTG clients isn’t too much of a problem. Recently, however, it’s starting to feel like digital Magic: the Gathering players are being left out.

With a new Un- set, Unfinity, scheduled to be released later this year on October 7th, this trend is set to continue. This threatens to leave digital Magic: the Gathering players, especially those on Arena, lagging behind.

If MTG Arena is to remain relevant for more than Standard play, Wizards of the Coast needs to rectify this injustice.

Alchemy or bust for MTG Arena

Out of the four supplementary sets being released on paper this year, MTG Arena players have only been promised one meager piece of content, Alchemy Horizons: Baldur’s Gate. Likely featuring only 30 cards, this will do little to sate MTG Arena’s Historic and Brawl players. With many cards receiving rebalancing and reimagining, Alchemy Horizons: Baldur’s Gate serves as another divider between paper and digital play.

While this isn’t the end of the world, thanks to MTG Arena likely not getting Commander at all, it’s still disappointing. More egregious than rebalanced Alchemy cards, however, is Double Masters 2022’s complete lack of support. This is made even more upsetting by Double Masters 2022 being the perfect set for MTG Arena. Double Masters 2022 would put MTG Arena one step closer to having an actual eternal format by featuring a litany of cards not yet in the digital client. This has been a much-requested feature for as long as MTG Arena has been playable.

Admittedly, bringing a set to MTG Arena wouldn’t be without issues. For example, Thrumming Stone, requires the Ripple mechanic to be implemented, which would require some work. Nevertheless, thanks to Wizards having a fantastic financial year, we’d hope they could spare some additional recourses to improve Arena.

Magic Online Has the Right Idea

Despite not receiving the complete Commander Legends: Battle for Baldurs Gate set, Magic Online at least has the right idea. Rather than introducing the entire set, Wizards has opted only to introduce select useful and powerful cards from the set. While less than a perfect solution, this at least allows Magic Online to keep up with the evolving Eternal metagame. With Magic Online positioned as the closest digital variant to paper Magic, this is the least Wizards could do.

Thankfully, 122 cards from Commander Legends: Battle for Baldurs Gate have been added to Magic Online. This at least allows Magic Online players access to Archivist of Oghma and Displacer Kitten, two powerful cards with impact in Eternal formats. Daybreak Games have also committed to getting relevant MTGO Baldur’s Gate cards online as they appear.

A Tough Decision Ahead

With a growing divide between paper Magic, Magic Online, and MTG Arena, Wizards may need to make a tough decision. While paper Magic will always be the definitive way to play, Magic Online and MTG Arena are continually butting heads for dominance. This creates a good deal of confusion about how and where to play Magic: the Gathering online.

If Magic Online is to be the home of Eternal formats, Wizards need to make a declaration stating that and condemning Arena. Previously, MTG Arena players have been teased with the possibility of Eternal formats on the platform, such as Pioneer. Despite that teasing, more Pioneer or Eternal anthology sets have yet to materialize. This has left players without direction, as they’re forced to either trust Wizards’ vague promises or transition to Magic Online.

Read More: Double Masters 2022 Is Getting a Brand New Card and It’s Weird