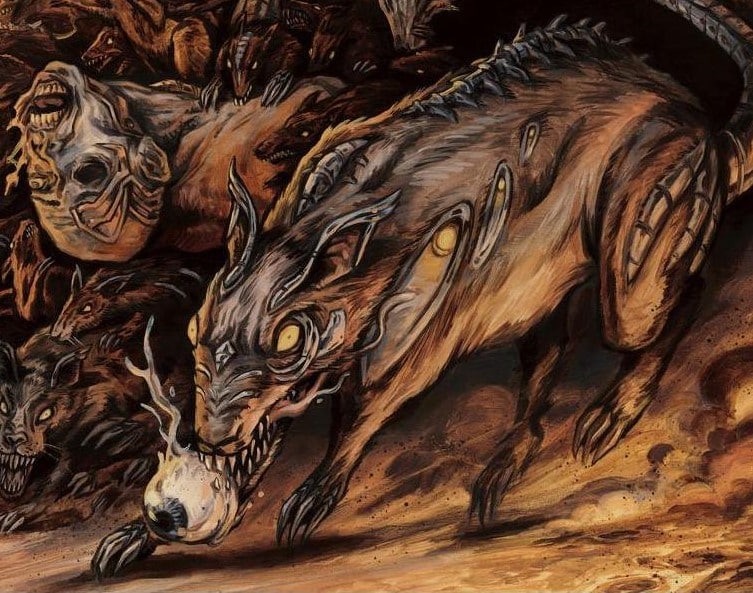 Expensive Commander Reprint PLUMMETS in Price, Others on the Rise

Double Masters 2022 spoiler season is well on its way, and over the weekend, MTG players were reeling at another major reprint announcement! Unlike some other Commander reprints for the set, this particular card shows early signs of an absolute nosedive on the secondary market. Thrumming Stone is causing a massive stir for MTG finance.

Buy At TCGPlayer
Persistent Petitioners scream, and Relentless Rats fans rejoice; we’re getting a Thrumming Stone reprint. This is an example of an absolute slam dunk reprint from Double Masters 2022. Thrumming Stone is only getting reprinted at a rare, which is exciting considering its current price of about $50 on the secondary market. However, this reprint’s expense comes from a lack of supply versus an insane amount of demand. Thrumming Stone is only suitable in one format, and only one type of deck wants them.

Since Thrumming Stone gives your spells Ripple four, you generally only want it in decks that can run an unlimited amount of the same cards. As mentioned above, Persistent Petitioners and Relentless Rats are two examples of cards with no limit. Other decks won’t have much use for Thrumming Stone.

For reference, Ripple four allows you to reveal the top four cards of your library and cast any cards with the same from among them for free. Anything else goes to the bottom of your library.

A small note is that since Thrumming Stone is legendary, it is rather difficult to make copies of it that stick around. You can use Mirror Box alongside some copy effects, but this is rather extensive to set up. Generally, decks that want Thrumming Stone will have better game plans than this.

READ MORE: What is Annihilator in MTG?

Why is it Going to Plummet?

Even though TCGPlayer’s median market price is around $50, all of the sales for non-foil Thrumming Stones have been around $38-40. Unlike some of the other expensive reprints being featured in Double Masters 2022, this staple was expensive because of how few copies of them existed. Before this, Thrumming Stone only saw one reprint on The List for an older set. Its original printing is from Coldsnap, which is an older set of MTG. Everyone playing the Shadowborn Apostle-esque archetype of playing a ton of copies of one card wants Thrumming Stone badly. This archetype isn’t incredibly common (but not uncommon either) and only sees play in MTG’s casual singleton format, meaning players only need one copy of it.

The point here is that the demand was a much smaller driving point for Thrumming Stone’s price when compared to a reprint like Cavern of Souls. Many Modern and Legacy players want to own four copies of the expensive tribal land. To make matters worse, Cavern of Souls is also popular in Commander. Unlike this land, Double Masters 2022 stands to meet the demand for Thrumming Stones appropriately, drastically reducing the price.

This is What Reprints Aspire to be

MTG is a costly game. Good reprints should result in a drastic drop in price for cards on the secondary market. Looking back on the Streets of New Capenna List is an excellent example. Almost all the chase cards being reprinted saw a drastic drop in price because of how frequently they were being opened. The only exception to these were cards with an absurd amount of demand, like Sensei’s Divining Top or Vampiric Tutor. All of the cards that didn’t have a ton of demand but a supply issue, like Sakashima’s Student, saw extremely healthy drops in price. Praise Wizards for stuff like this and make sure they hear it. If they do, it might become a more regular practice.

Due to demand, there will always be cards to chase after on the secondary market. We should, at least, try to save money where we can. That’s why we need these reprints.

While Thrumming Stone may be seeing a healthy decline, the card is having a ripple effect on the secondary market. As one may expect, sales for cards that synergize well with the stone are seeing upticks in price across the board. While these price increases are small (generally averaging around a dollar), these spikes have a habit of stacking up. A one-dollar increase isn’t too bad for a card you only want one of, but a very different story when you want 40 of them. Suddenly, you’re paying $40 extra for cards that were already $3-5 each. Since these cards are not being reprinted, demand may start outweighing supply, driving the price up. Even if the price charts don’t yet reflect it, the sales definitely do. Thrumming Stone is currently available for preorder on TCGPlayer for $40.