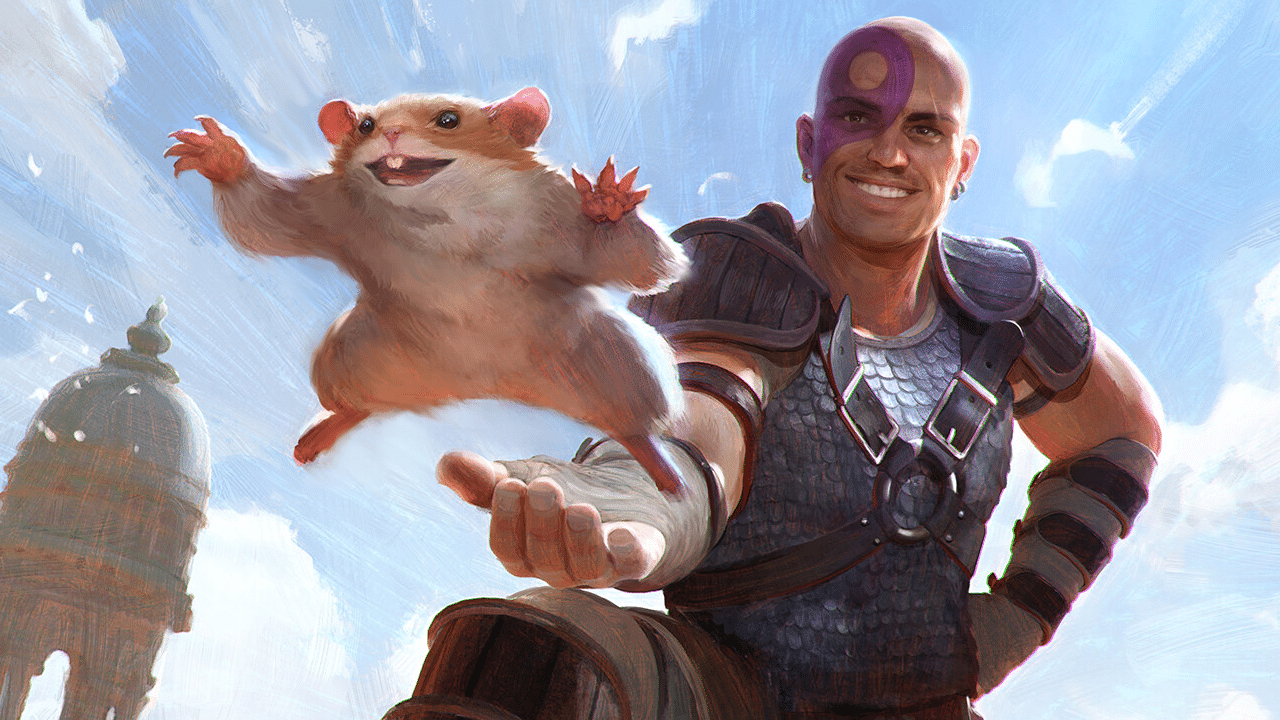 A couple days ago, we asked the question how Commander Legends: Battle for Baldur’s Gate cards would be implemented into MTG Arena. We know that Baldur’s Gate is going to have an Alchemy pack being introduced to the game called Alchemy Horizons: Baldur’s Gate. Well in today’s MTG Arena Announcements, we got an early look at a handful of cards that are releasing!

Now as for the cards that we got, we have a mix of cards from Baldur’s Gate as well as cards that are reprints from Adventures in the Forgotten Realms. We’ll only look at the new cards as that’s what’s exciting.

Kicking things off with a BANG, we have Ancient Brass Dragon. This pretty much confirms that we’re going to be getting the cycle of Ancient Dragons, which is what I wanted to see.

Next up, we have a couple of the Mono Color legendary creatures from the set. Wyll, Pact-Bound Duelist and Lae’zel, Githyanki Warrior were featured here. Now as you can see there are a few interesting things about these cards. First off, the text boxes are blank. Secondly, there’s a “Dual Faced Card” symbol in the top left of each card, meaning there’s a backside.

Third, the power and toughness are different, as are the mana values. Finally, we see a new Alchemy symbol in the bottom of the card where the stamp would be. The big mysteries are what the abilities are going to be, and what’s on the backside of these?

So the abilities of these creatures aren’t outside the realm of possibility for Arena. We have effects like these already in the game so it’s likely that these are unchanged. Now, I thought that “Choose a Background” could be reworked, and my guess is that’s what is happening here. I also thought that the Backgrounds themselves wouldn’t be reprinted here, but seeing these cards, I’d guess the back side of these cards are backgrounds.

My guess as to how the backgrounds got reworked is that there is a specific background chosen for each and that background only would affect that creature. This would make playing duplicates of legendaries less painful. The stat and mana value changes make them more in line with 1v1, non-commander play.

The last card that we have is Monster Manual. We have a normal and Alchemy version, which is interesting. Could that mean that the normal version is only for limited purposes and the Alchemy version is for Constructed? That seems like the most likely reasoning to me, but maybe there’s another reason.

READ MORE: MTG is Turning 30, and Wizards Is Partying It Up in a Big Way!

WotC showed off some great cards and left a lot to the imagination for us for the set. There’s going to be an Early Access event happening on July 5th, so keep an eye on Twitter to see if your favorite creators are participating in that event!