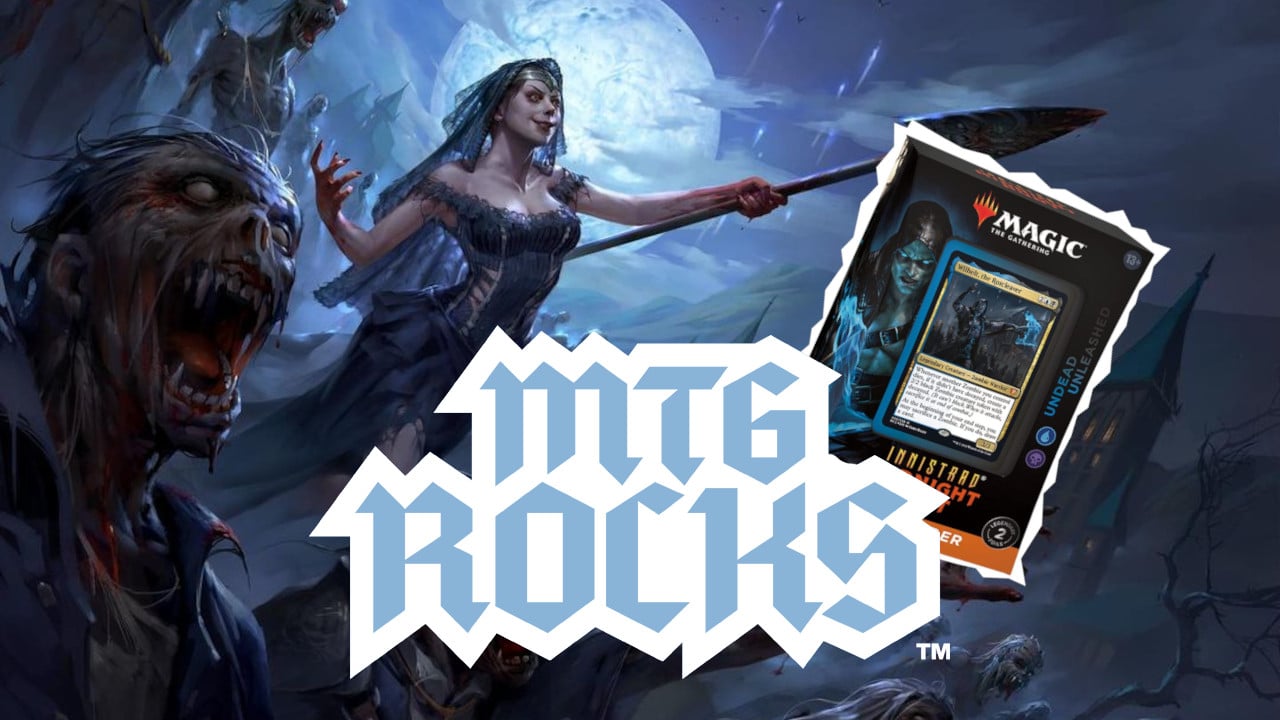 I love new preconstructed Commander decks! But if I already have a bunch of the cards in the deck, or if the deck doesn’t have much value in it, or if I am only interested in a few of its new cards, I’m not going to spend $35.00-$40.00 on the whole deck. I’d rather just buy singles!

Undead Unleashed was released alongside Innistrad: Midnight Hunt. This deck is all about zombies! If you already have a zombie deck like The Scarab God, or just want some new graveyard shenanigans for your other Commander decks, there are some great singles from Undead Unleashed that are worth picking up.

This is the creature-centric version of Ethereal Forager, a card that dips into Legacy and even Vintage at times. Ethereal Forager is a card-advantage engine that buys back spells over the course of several turns of attacking.

Gorex, the Tombshell works very similarly to Forager. You can play it for just two mana by exiling three creatures to its additional cost. Then, every time Gorex attacks, you can add one of the exiled creatures back to your hand. But the reason I like Gorex so much is that it doesn’t have to survive through three opponents’ turns to draw you a card. It does so even if Gorex dies.

This legendary zombie turtle is currently less than $1.00. It’s a unique form of card advantage in mono-black and works great in tons of graveyard-focused Commander decks.

Five mana to reanimate four creatures? That’s an insane rate! Sure the creatures you bring back gain Decayed, but you still get all of their abilities!

Ghouls’ Night Out is a unique and powerful reanimation spell that is synergistic with a bunch of graveyard-matters commanders like Sidisi, Blood Tyrant, The Scarab God and Old Stickfingers just to name a few. Ghouls’ Night Out is currently about $2.00 which I think is a great price.

It is a good thing Rooftop Storm got reprinted! There’s been so much hype surrounding zombies since Innistrad: Midnight Hunt, that almost everything that didn’t get reprinted in the Undead Unleashed commander deck saw major price spikes.

Rooftop Storm enables a bunch of different combos in Commander, like with Gravecrawler/Phyrexian Altar or with Acererak the Archlich. Because of its combo potential, Rooftop Storm was about $10.00 before its reprinting in Undead Unleashed. Now you can pick up a copy for about $2.00!

Endless Ranks of the Dead

Endless Ranks of the Dead was $10.00+ before its reprint in the Undead Unleashed Commander deck. Thanks to its reprint, it is now about $2.00. Just like Rooftop Storm, it is a good thing this card got a reprint, because if it didn’t, the demand for zombies, would have driven the price of this card through the roof.

Endless Ranks of the Dead is a must include for zombie-themed Commander decks. Turn after turn, it lets you grow your hoard of zombies exponentially until they overwhelm your opponents.