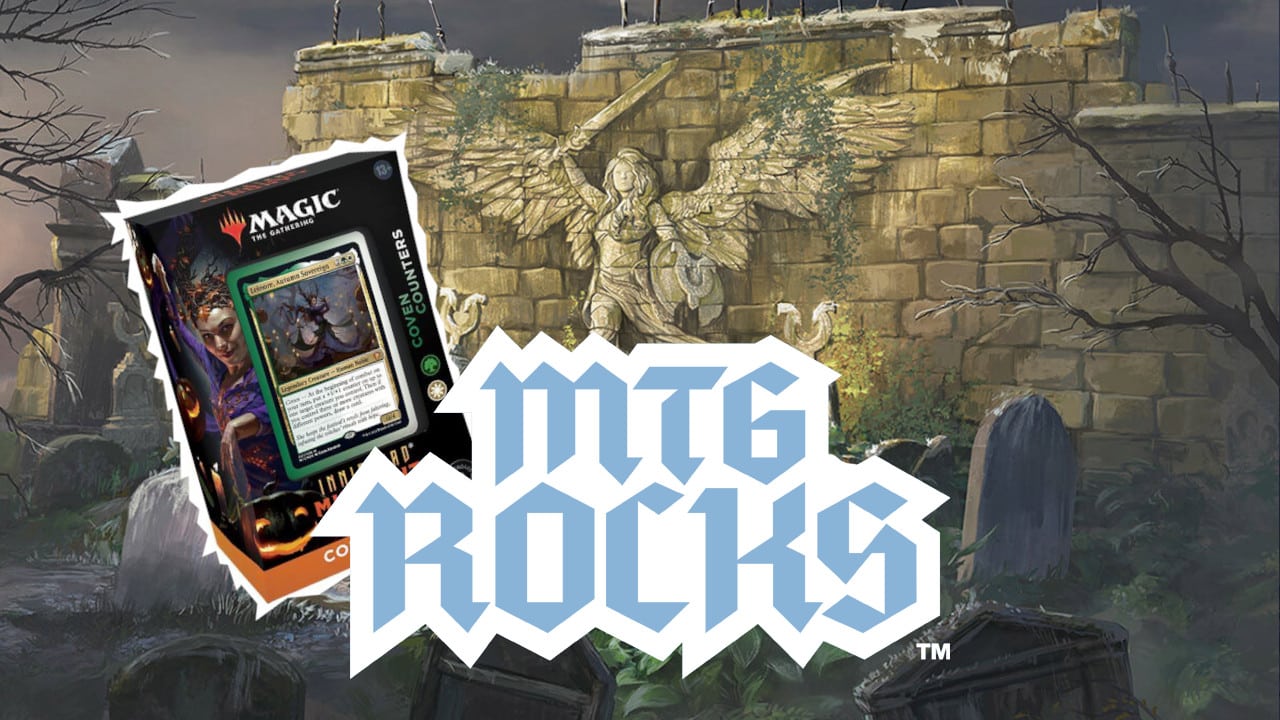 New preconstructed Commander decks are great! But sometimes you already have a bunch of the cards in the deck, or the deck doesn’t have much value in it, or you only want a few of its new cards. That’s fine! You don’t have to buy the whole deck because you can just buy singles!

Coven Counters was released alongside Innistrad: Midnight Hunt. This deck is themed around +1/+1 counters and to a lesser extent, humans as a creature-type. This Commander deck doesn’t have the greatest value as far as the price of the cards in it goes. But there are still a few good singles from the deck that are worth picking up for your other Commander decks.

White is notoriously the worst color in Commander. It lacks two of the most important things that Commander cares about: card-draw and mana-ramp. Thankfully, Wizards of the Coast has recognized this and is taking steps to rectify white’s abilities in order to contend in the format.

Wall of Mourning is one such move in the right direction. This two-mana creature lets us draw cards in white! It is conditional card-draw, as you need to satisfy its Coven ability. But there is definitely potential here. At its best, it can draw you three cards over the course of three turns, all for just two mana.

Wall of Mourning is currently less than $1.00! This is a fantastic price for a Wall of Omen-like card with potential upside. I’ll personally be getting a copy to test in my Brago, Eternal King deck, as blinking Wall of Mourning resets its card-drawing ability.

Thanks to the reprint in Coven Counters, Bastion Protector is currently around $2.00! We also know we’ll be getting a new Commander Legends: Battle for Baldur’s Gate in the first half of 2022. If this set gives us even more partner commanders, the demand for Bastion Protect could rise again!

This mana dork works wonders in any +1/+1 counter-themed deck. Personally, Gyre Sage is one of my favorite cards in my Roalesk, Apex Hybrid proliferate deck. But this is a great inclusion for a ton of different commanders, like Vorinclex, Monsterous Raider, Ezuri, Claw of Progress and Hamza, Guardian of Arashin just to name a few.

There were two previous printings of Gyre Sage, and before the reprint in the Midnight Hunt Commander deck, both copies were about $5.00! Because of its Coven Counters reprint, Gyre Sage is currently $1.00.

Eternal Witness is a Commander staple. Its ubiquity has caused this card to have a stable price history, ranging between $3.00-$5.00 throughout its years, despite all of its reprintings. This is especially impressive because Eternal Witness is just an uncommon.

Eternal Witness can be a worthy inclusion in almost any green Commander deck, and right now, the reprint from Coven Counters is just a little over $1.00! This is an AMAZING price for a card that sees so much play.