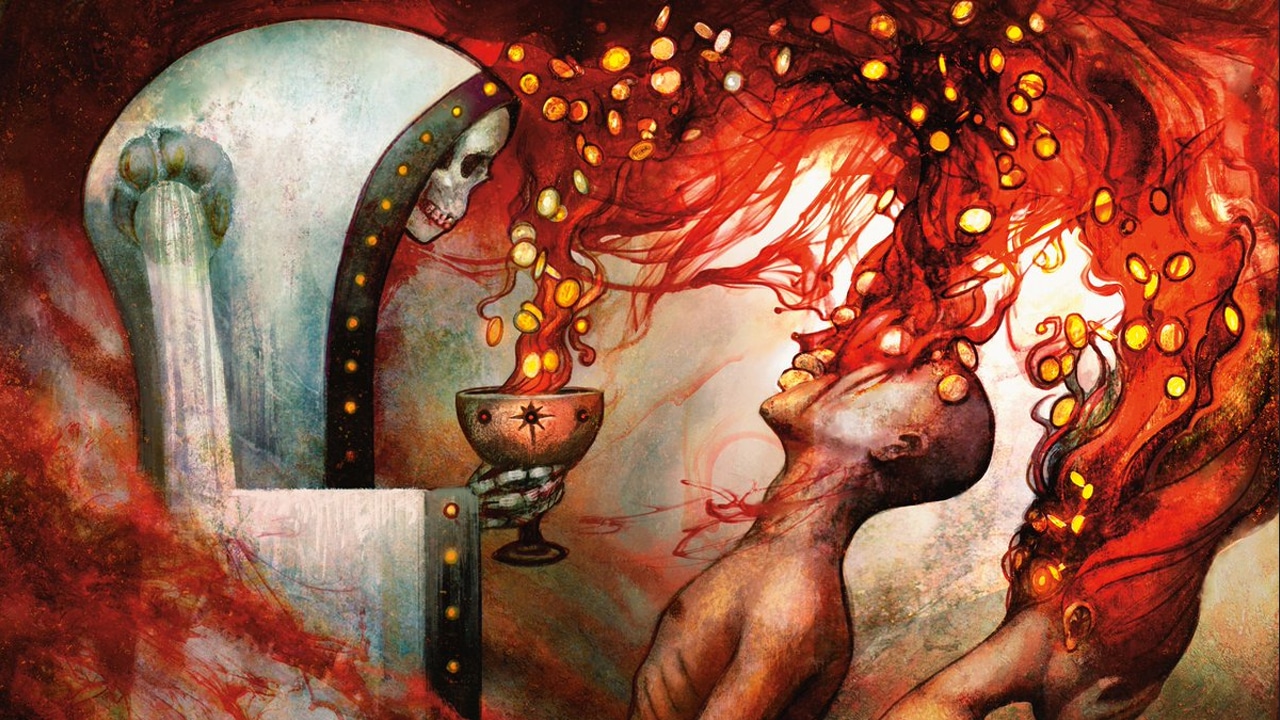 Bank of America Accuses Hasbro of Destroying Magic: the Gathering For Short-Term Profit

Despite reportedly making more money than ever before, MTG fans haven’t been too pleased with the state of the game recently. In recent years, Wizards of the Coast has been releasing more and more products than ever before. Typically this kind of exceptional growth would have fans tremendously excited. MTG players, however, have heavily criticized Hasbro for this approach as they’re being overwhelmed by new content. Even MTG’s original creator recently jumped aboard this bandwagon, decreeing that Hasbro pushed their game down the wrong path.

As if this damning statement from the creator of MTG wasn’t bad enough, things have now gone from bad to worse for Hasbro. In a new report, the Bank of America has accused Hasbro of “killing its golden goose,” Magic: the Gathering. Identifying the pressing concerns of MTG players, this report has already caused Hasbro’s stock to dip 5.2%. Unfortunately for Hasbro, according to Analysts, things are only going to get worse in the future.

If you ask Hasbro, MTG is doing better than ever before right now. After all, recently, Hasbro declared Magic: the Gathering to be its first billion-dollar brand! While players weren’t too happy about this impressive milestone, ultimately, they begrudgingly accepted the changes that MTG has endured. Despite the overwhelming tide of new products being a consistent concern, few players thought it would actually kill the game. According to a new “Deep Dive” from the Bank of America (via CNBC), however, that’s exactly what it threatens to do.

In their Deep Dive report, Bank of America Analyst Jason Haas claimed that Hasbro is “killing its golden goose” with the recent changes that have been made to the game. Primarily, Haas’ main concern is that “Hasbro has been overproducing Magic cards.” This increased production “has propped up Hasbro’s recent results but is destroying the long-term value of the brand,” Haas states. As if not bad enough, this bleak assessment was accompanied by Haas double downgrading the stock from “buy” to “underperform.” Also, Haas significantly cut the stock’s price target from $73 down to $42.

Thanks to the accelerating production of new cards, which are increasingly hard to keep up with, Haas attests that players are moving elsewhere. Many players, for instance, are switching to Eternal formats, where they can continue to use their cards. “Players can’t keep up and are increasingly switching to the ‘Commander’ format, which allows older cards to be used,” Haas states in their report. Furthermore, Haas claimed the “increased supply has crashed secondary market prices which has caused distributors, collectors, and local game stores to lose money on Magic.” Due to new products being sold at a loss, Haas expects orders to decrease in the future.

“Not only is the price excessively high, but the set also includes Reserved List cards, which Hasbro had promised to never reprint,” Haas notes. Technically, while players aren’t happy about it, 30th Aniversary Edition skirts this original promise from Wizards. This is thanks to 30th Anniversary Edition cards being non-tournament legal, with a commemorative card back. Despite this caveat, 30th Anniversary Edition cards have still been selling for thousands of dollars. Ultimately, this has created panic among collectors and we’re seeing collections being liquidated now that the scarcity value of Magic is in question,” Haas attests.

As a result of this panic and liquidation, the prices of many Reserved List cards have been tumbling. In their own report, CNBC notes that Reserved List cards are worth almost half of what they used to be. “The aggregate price of Reserved List cards peaked in mid-2021 at more than $250,000, but is now down to around $150,000.” Haas notes that these tumbling prices seriously threaten MTG’s ecosystem, as card stores often invest in Reserved List cards. Ultimately, Haas claims that his looming collapse of the MTG market may push players to games such as Pokémon, Yu-Gi-Oh!, or Flesh and Blood.

Throughout the Bank of America’s report, fixing Hasbro’s current plight is made to seem rather easy. At the end of the day, Hasbro has simply been pushing MTG too hard recently and exploiting enfranchised fans. As Haas notes, “Magic has grown primarily by extracting more revenue from each player rather than by growing its player base.” While this strategy has worked up to a point, it now appears that many fans are at their breaking point. Should Hasbro push Magic: the Gathering further than that, there may be a great exodus of once-loyal players. The solution then seems simple. Reaffirm past promises to the Reserved List and stop printing so many sets.

For better or worse, Hasbro doesn’t appear to be taking this approach into 2023. Instead of dialing back, Hasbro is instead pushing full steam ahead with new products that appeal to a broader audience. In 2023, for instance, Hasbro is releasing the Universes Beyond set, The Lord of the Rings: Tales of Middle-Earth. Additionally, a Doctor Who crossover Commander set is also in the works for a 2023 release. Alongside being geared as collectibles, these new products are designed to appeal to a wider audience, furthering the brand’s reach. These hypothetical new customers may sustain Magic: the Gathering into the future, however, only if they actually exist and materialize. This approach will only work should enfranchised players not leave en masse before the arrival of new players.

Ultimately, only time will tell if Hasbro can salvage the brand that appears to be on the precipice of disaster. Unfortunately, however, unless Hasbro takes decisive action, real changes may still be over two years away, thanks to MTG’s years-long development cycle.