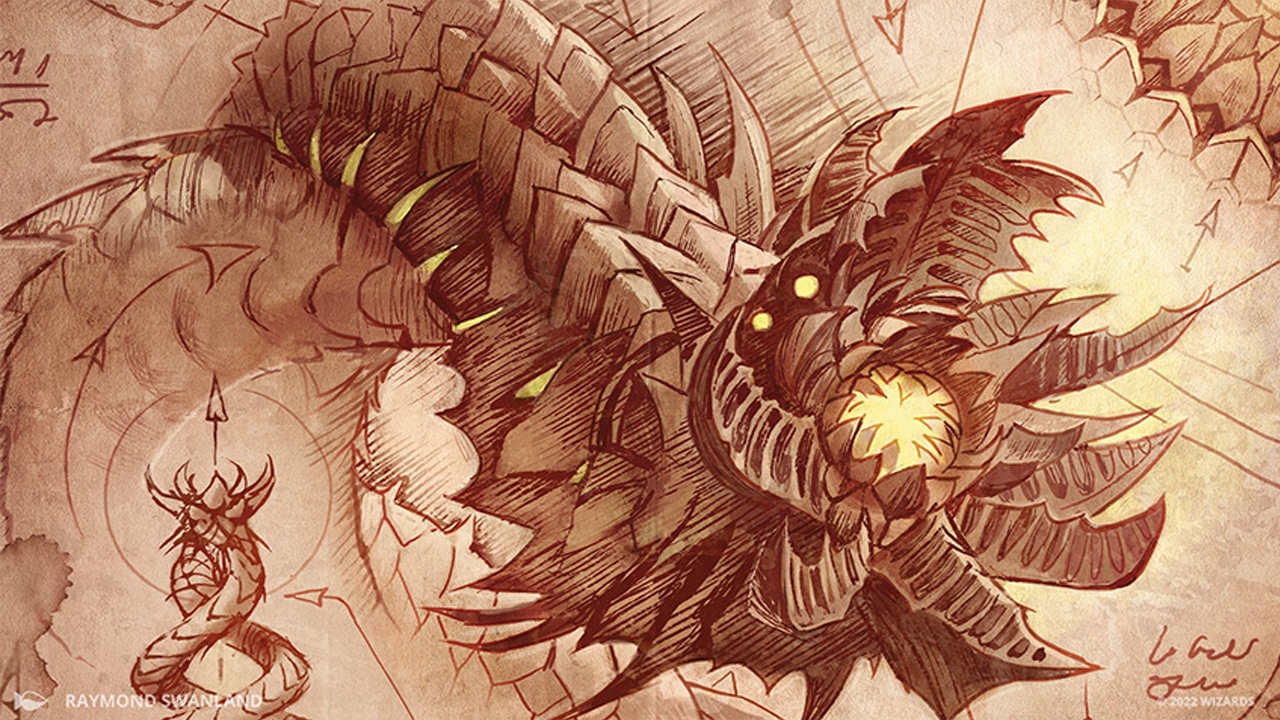 In The Brothers’ War, MTG cards are being pushed to a new level of collectability. Through the introduction of serialized Retro Artifacts and Shattered Glass Transformers cards, The Brothers’ War Collector Boosters are expected to be valuable. Following on from past precedent, there’s even the expectation these cards could be worth thousands of dollars each! Unfortunately, however, while there’s the potential for value, these new ultra-rare cards might not be as valuable as first thought. For better or worse, rarity may not be everything when it comes to the price of cards.

To put it plainly, both serialized Retro Artifacts and Foil Shattered Glass Transformers cards are rare. Appearing only in The Brothers’ War Collector Boosters, these MTG cards can be found “in less than 1% of boosters.” Even when rounding that percentage up to 1%, that still makes pulling one of these prized cards exceedingly unlikely. As a result, many players presumed that these ultra-rare cards were going to be tremendously valuable. After all, to have a guaranteed chance at finding one of these cards, you’d need to spend $1936.72 on Collector Boosters. Subsequently, each of these cards must be valuable, right? Well, almost.

Bring found in “less than 1% of boosters,” both serialized Retro Artifacts and Foil Shattered Glass Transformers cards are on par with the rarity of Kamigawa: Neon Dynasty’s Neon Ink cards. Unfortunately, this does not paint a compelling picture of the value of The Brothers’ War’s Foil Shattered Glass Transformers cards. For better or worse, however, the serialized Retro Artifacts may be more valuable, as, like the Neon Ink cards, their rarity goes one step deeper.

Available in three (technically four) different colors, each Neon Ink color was a rarity in and of itself. The rarest of these colors, Neon Ink Red, only had a 7.69% (1 in 13) chance to be found. Green was slightly more common at 30.76%, and Blue was the most common at a 61.53% chance. While not completely parallel, these percentages are roughly similar to the rarity of Retro Artifact cards. Uncommon Retro Artifacts are found “roughly 66% of the time,” rare cards “roughly 27% of the time,” and mythic care cards “roughly 7% of the time.”

Crunching the numbers means there’s roughly a 0.08% or one in 1,300 chance of finding a mythic serialized Retro Artifact. Going off those odds, to find a serialized Wurmcoil Engine, you’d need to buy 1300 The Brothers’ War MTG Collector Boosters. That’ll cost you a staggering $24931.72 at current prices. While already ludicrously expensive, that’s only the price for any one of the random 500-numbered cards. As with all serialized products, specific and interesting numbers are speculated to be much more valuable. 1, 69, 420, and 500, for instance, will likely all be sold for over the average market value.

As alluring as it is, it’s important to note that the $24931.72+ price tag is only speculative right now. This means that prices could be much higher or, alternatively, much lower. Unfortunately for intrigued investors, the latter is likely to be true thanks to the precedent of Neon Ink cards. Initially, Hidetsugu, Devouring Chaos (Neon Red) was expected to be as valuable as the mythic serialized Retro Artifacts are now. After the launch of Kamigawa: Neon Dynasty, however, the ultra-rare card wasn’t nearly as expensive as expected. Rather than costing $24420.48 (using today’s Amazon prices), Hidetsugu, Devouring Chaos (Neon Red) only sold for $900.86. From that comparatively dismal start, the prices of Hidetsugu, Devouring Chaos (Neon Red) would fluctuate heavily, although it was never more expensive than $4000.25, according to MTGStocks.

Nine months on, the prices of all the Hidetsugu, Devouring Chaos Neon Ink cards appear to be slipping. As highlighted in a recent Reddit post, all but the Neon Red variant are on a steep downward trajectory. Subsequently, as u/Razortail mocked in their post, there’s heavy skepticism around new “artificially rare” cards.

While the falling value of Neon Ink cards paints a damning picture, as some Reddit users note, Hidetsugu, Devouring Chaos isn’t exactly as influential as Wurmcoil Engine. “This card is rare, not good,” u/Elkenrod emphatically stated. “This isn’t like a Kaladesh Sol Ring, Mana Crypt, Mana Vault, or Lotus Petal where you can show these off. Hidgetsugu Devouring Chaos is a terrible card that is unplayable in any format due to how bad it is. Who is the target market for it? It’s not an iconic card, he’s not an iconic character, it’s not a playable card, and it’s not even that good-looking of a card. Just because something is rare, that doesn’t mean it’s going to be super valuable. The target audience is small and will remain small.”

With this astute assessment from u/Elkenrod in mind, it’s likely that the serialized Retro Artifacts will be significantly more expensive than the Neon Ink cards since many of them are actually playable. Despite that factor, however, the prices of serialized Retro Artifacts most likely aren’t going to eclipse their theoretical statistical cost. Yes, even Wurmcoil Engine number 69 probably won’t be worth almost $25,000, even if it’s uniquely misprinted. At the end of the day, the serialized Retro Artifacts aren’t the only MTG cards in The Brothers’ War Collector Boosters. Subsequently, their price doesn’t have to exactly equate to the number of packs opened.

Ultimately, until a good deal of the serialized Retro Artifacts are out in the wild, there’s no telling how expensive they’ll be. The precedent Neon Ink cards have set suggests that even the worst serialized Retro Artifacts will be worth just $50. The best cards, however, could easily surpass the value of Hidetsugu, Devouring Chaos (Neon Red), and be worth over $1700. Where specific cards will fall within that range, only time will tell.