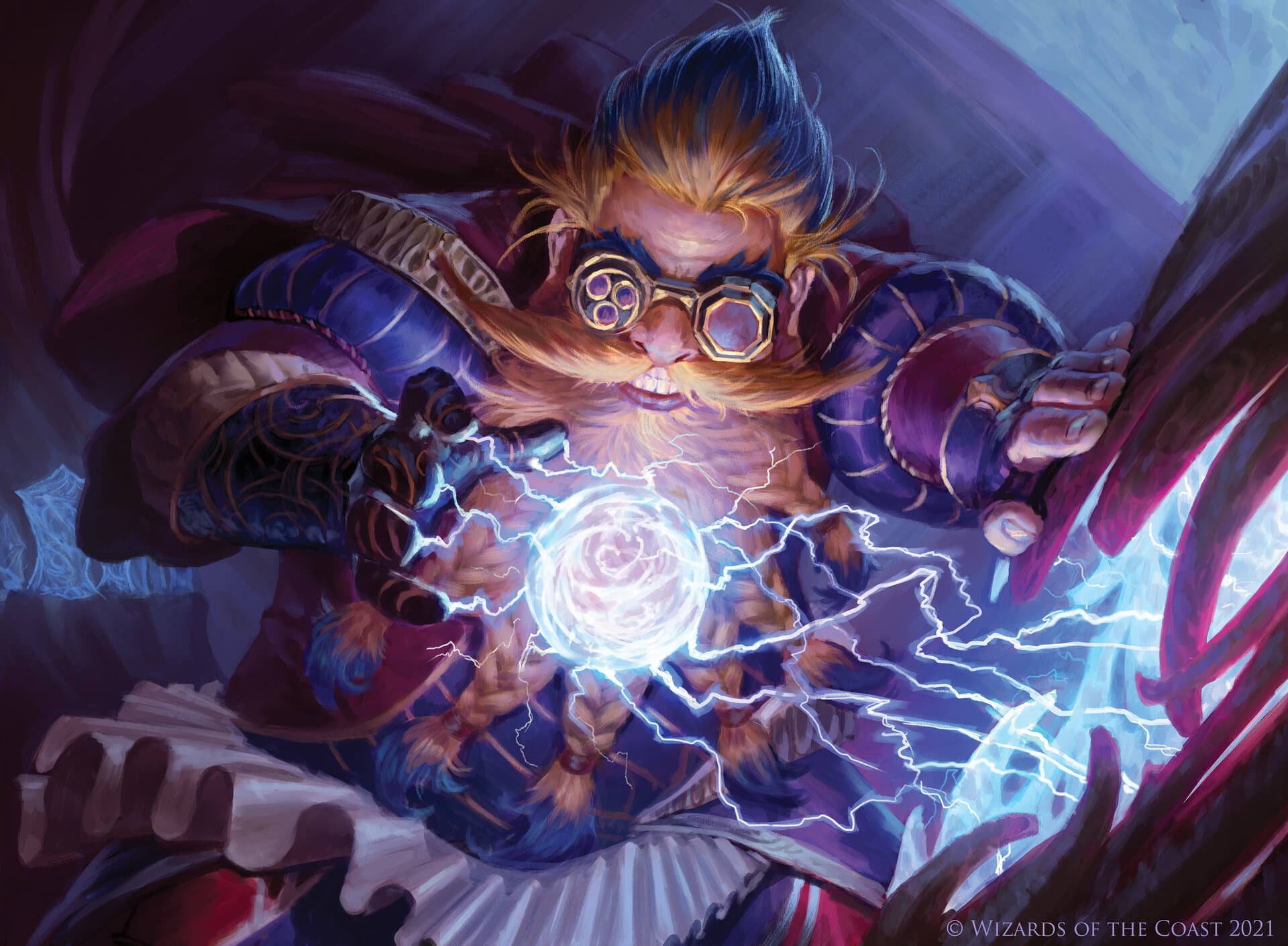 Standard has been Magic: the Gathering’s flagship format for the longest time. While that’s more of a questionable statement now than it’s even been in MTG’s history, it is undeniable that Standard legal sets see the most printings of any set during its time. This means that a lot of MTG players are opening Standard sets. Whether it’s full Booster Boxes or the odd pack from your LGS, Standard Sealed product is ubiquitous. More often than not, especially with all of the great commons and uncommons being printed right now, like Expressive Iteration (which recently saw a ban in Pioneer), there is more money in these packs than you may think! Here are the top 10 most expensive Standard legal Commons and Uncommons as of New Capenna Standard! Due to ease of access, these picks have been discovered via Cardkingdom and then reassorted via TCGplayer’s pricing.

Because of how powerful some of the commons and uncommons are in recent Standard sets, promo printings can fetch a pretty penny. Because these are premium printings of commons and uncommons you can already open in the main set, these will not be included. That said, you will probably see the cards these promos represent anyway, just at a lower price point.

Full art Basic Lands are getting expensive! However, these aren’t commons or uncommon cards, so they will not be included on this list. Additionally, these cards have a peculiar position in the secondary market. While they have very high listings from storefronts, they can be tough to sell. This article’s point is to highlight some of the bulk that might have value you were unaware of. Basic Lands may not actually reflect value equal to its price points. Other full art cards, like Opt from Strixhaven, also fetch a pretty penny but will not be included.

Foil printings are another way that prices can be manipulated outside of this article’s desired purpose. When considering foils from Double Feature, prices get out of hand quickly. Double Feature does look like a fantastic financial opportunity, however. We highlighted the set recently if you’re looking for a box to sit on.

Buy At TCGplayer
Consider is seeing play across multiple formats! An Opt that allows you to Surveil instead of Scry is incredibly powerful in formats where Delve is a live factor (like Pioneer). Even without the Surveil, Opt effects have seen play for a long time. Consider goes for $2.79 on Cardkingdom but has a lower market price than the card above it on TCGPlayer at about $1.90.

Buy At TCGplayer
Go Blank is an incredible card against decks that care about their graveyard. Particularly against combo decks, Go Blank can eliminate tools in their GY and discard any outs they have to the situation in their hand. This card is powerful enough to see play in multiple formats. Go Blank currently has a market price of $1.75 on TCGplayer but sells for closer to $2.00 on average.

Portable Hole sees play in even more formats than the cards previously on this list. While Portable Hole is mainly used to deal with small problematic creatures, it can also get rid of nasty hate pieces like Chalice of the Void (which may become relevant in Historic), Rest in Peace and Grafdiggar’s Cage. Due to its versatility and low Mana Value, Portable Hole fetches a price of about $2.15 on TCGplayer.

Storm-Kiln Artist is a powerful creature in Commander and a fun effect in Standard. Whenever you cast or copy an Instant or Sorcery, Storm-Kiln Artist creates a Treasure Token. The Artist itself also gains power for each artifact you control, creating a direct payoff to your Treasure Tokens! Generally, this effect is used to generate a ton of mana to cast more Instants and Sorceries with, however. This card goes for about $2.50 on TCGplayer.

Dragon’s Approach is the most uncertain of all the pricing for these cards. This card sells for an extensive range of prices considering its average price tag of $2.54 on TCGplayer. Copies are sold from around $1.50 LP to $3.00 NM. This card’s price tag is solely based on Commander. Because you don’t have a limit on the number of Dragon’s Approach you can play in a deck, the archetype is rather popular. As shown by The Command Zone, Florian is a fantastic Commander for a Dragon’s Approach deck.

The Cards from this point on in the list are a tier above those below it. Malakir Rebirth is the first of the Zendikar Rising flip lands we see. Due to some compelling strategies that involve cards like Balustrade Spy that do not consider these cards as lands, a sort of mill combo deck aptly named “Oops, all spells” emerged as a result of these card’s printing. Outside of that function, Malakir Rebirth is incredibly powerful in Modern. Not only can it function as a mana source in an emergency, but it is also capable of acting like a weaker Ephemerate. The series of Evoke Elementals present in the format like Grief can be cast for their Evoke cost, have their ETB effects triggered, and its owner can use Malakir Rebirth on the card in response to providing a free body as well as double the ETB triggers from your Evoke Elemental! The icing on the cake is Malakir Rebirth’s mana value of one. Malakir Rebirth sports an average price on TCGplayer of about $2.75 but is commonly purchased for around $3.00.

Bala Ged Recovery is the second instance of Zendikar’s flip lands being seen. This card is potent considering its utility. Besides becoming a land in an emergency and fulfilling the same ‘Oops, all Spells’ role, Bala Ged Recovery is also capable of recurring any card from your graveyard for three mana. As a result, this card sees play across multiple formats in multiple archetypes with an emphasis in Commander and Pioneer. Lotus Field is an example of an archetype that loves Bala Ged Recovery. $4.32 seems to be a prevalent price for this card.

Expressive Iteration is the most powerful card on this list, and it’s not even close. It is not often that a Standard legal reprint sees a ban in an older format! With its recent Pioneer ban and its dominance in every single format it’s legal in, Expressive Iteration is not only the strongest Uncommon currently Standard legal but one of the strongest Uncommons in the entire game. This is another card that sees a huge price range for how much it sells for. Finding one for $3.00 is a pretty good deal. Some recent buyers have reluctantly spent as much as $7.00 (with an average of about $6.50) for this powerhouse.

What could possibly be worth more than an Uncommon that sees play everywhere and has been banned? Like a card before it, Youthful Valkyrie’s leading cause for its price tag is not its power level. Like Starnheim Aspirant, Youthful Valkyrie is unavailable in Kaldheim’s Draft Boosters. Unlike Starnheim Aspirant, however, Youthful Valkyrie sees a lot more play. Not only does it see a lot of play in Pioneer, Explorer, Historic, and Commander, but you will find this card in Angel brews (as well as Collected Company Angels, which is meta in a few of the formats mentioned above) across the whole game. Considering that Youthful Valkyrie has a lot of demand considering its unpopular source, it sports a median price tag of $8.00 while selling from anywhere between $7.00 and $10.00! That’s one expensive card for a Standard Uncommon!