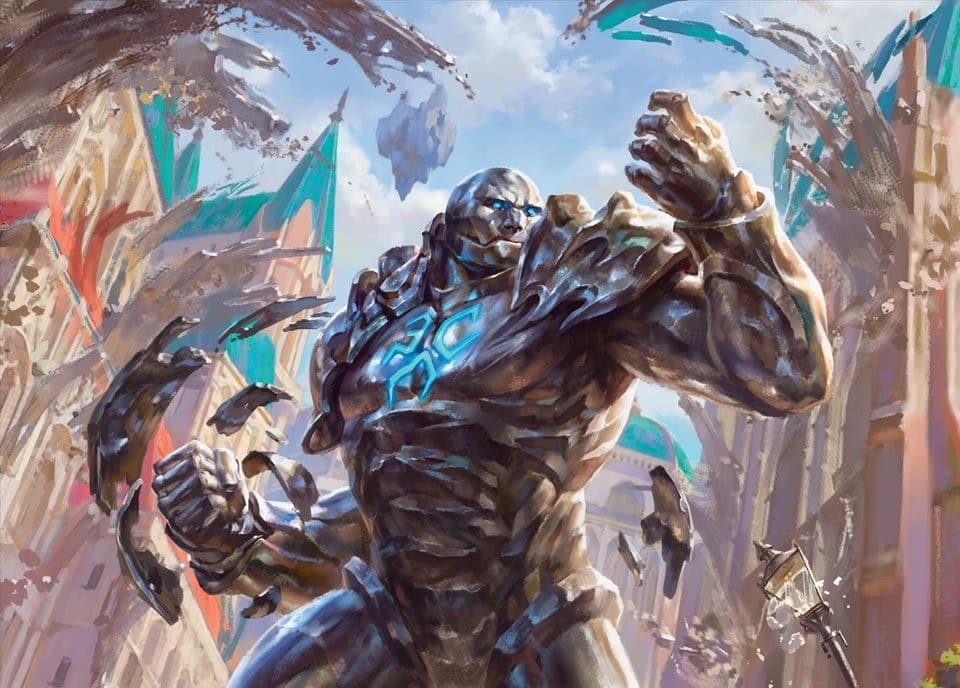 This Planeswalker is Taking Over MTG's Newest Format!

Getting ready to qualify for this weekend’s Explorer Open on MTG Arena has made one thing perfectly clear: the best card in MTG Explorer isn’t the most obvious one. After brewing this up, thinking it was a unique idea, and facing off against it multiple times against various opponents, it’s safe to say that the cat is out of the bag.

This four mana nuisance from War of the Spark is showing a ton of play in various Explorer builds. While most of these decks are Fires of Invention takes, a Jund Food variant is becoming more popular to get a leg up on the mirror while also being a nuisance for Greasefang.

Karn’s static ability to stop artifacts from activating is an excellent snapshot as to what the assumed meta is at the moment:

READ MORE: Why are MTG’s Color Combos Named What They are?

Karn’s minus ability allows him to go into your sideboard and find you an artifact. This gives you game one access to some of the best hate in the format:

With Greasefang causing havoc all over the format, having access to Tormod’s Crypt at any time can save you from complete disaster. With the potential to swing in for 13 on turn three and leave an absurd amount of stats on board, Greasefang isn’t something you can ignore. Fortunately, the Crypt can Exile Parhelion II in response to Greasefang’s ability. Do not exile their graveyard beforehand. Greasefang decks are filled with looting effects. You may find yourself getting attacked by a Parhelion that was in their hand the whole time.

Unlicensed Hearse is the premier hate option to combat Greasefang. Since the Hearse can exile cards in graveyards every turn, it becomes tough for a Greasefang player to keep Parhelions in the graveyard. Their only honest out is to force you to activate the Hearse before combat by removing it, then put Parhelion in the graveyard.
Buy At TCGPlayer

Here’s another big reason Karn sees a lot of play in Jund Food decks. The ability to fetch up a Bolas’s Citadel usually means that the game ends when it resolves. Keep playing cards off the top of your deck until you have ten permanents you can sacrifice. Any Mayhem Devils allow you to double the damage.

Karn doesn’t do too well against aggressive decks trying to end the game. Most of these aren’t playing artifacts, so Karn doesn’t slow them down by resolving. Most of the time, four mana for what is essentially a ‘do nothing’ play is precisely what aggressive decks want to prey on. Karn fetching up some unique artifact for you to play the next turn isn’t enough. If Mono-Red or Mono-Green see an uptick in play, Karn is not where you want to be.

Either way, whatever MTG Explorer decks manage to climb to the Pro Tour will probably be the new lists that define the meta. It could be variety of different things, but I wouldn’t be surprised if Karn was somewhere in it.