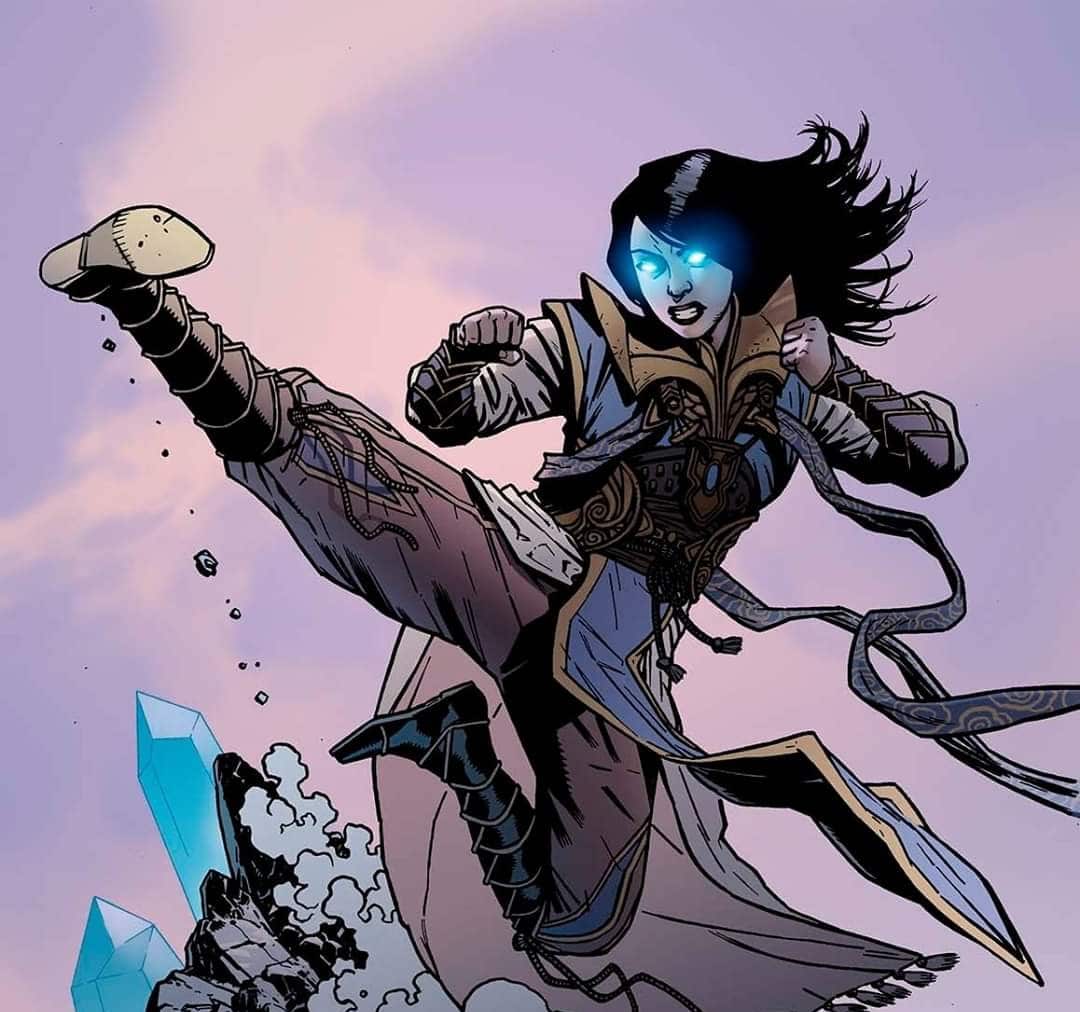 The Names of All the MTG Color Combos, and Why

MTG players constantly go on about their awesome Abzan Commander deck or rant about how much they hate Izzet (a lot of MTG players hate Izzet). The jargon concerning MTG color combos can be intimidating to a newer player. Fortunately, it’s not too difficult to decode these MTG keywords and understand exactly what others say. Here, we will break down the names of each two, three, four, and five MTG color combination and give a brief background on where each name comes from (and what some alternate names are, if any).

In the original Ravnica block, two-color MTG color combos were officially introduced. Ravnica features each possible two-color combination as guilds living in a massive cityscape. Before the Guildpact (a sort of rule that keeps that prevents guilds from interfering with one another) was introduced, Ravnica was a chaotic plane engulfed in War. To be crystal clear, half of these clans were introduced in the Ravnica: City of Guilds set, while the other half were presented at the end of the Ravnica block in Dissension. Here are the two-color guild combinations:

Engraved on the cover of the book in the picture above are all the crests for each guild. Can you match them up?

As a precursor for discussing three-colored MTG color combos, we must discuss the five-colored color combination.

The five-color combination for MTG is usually either referred to as simply ‘five-colored,’ or WUBRG. The second more jargon-heavy definition is much more helpful when explaining the division between different combinations in three-color MTG color combos. WUBRG refers to the order in which colors are arranged on the MTG color pie. Notably, when organizing a physical MTG set by number, this is also the order, by color, in which set cards will be numbered (followed by alphabetical order).

There are a few different names associated with Three color combinations from different MTG sets. Generally, the accepted names are from the sets that were released first or are the oldest. In which case, the color names for three color combos are from Shards of Alara and Khans of Tarkir.

Shards refer to a collection of three colors side-by-side in the WUBRG color identity, otherwise referred to as the MTG color wheel. Affectionately named after the divided worlds from the Shards of Alara lore, these are the most commonly used names for the three-shard MTG color combinations:

MTG’s most recent Standard set, New Capenna, also re-released the Shard color combination in the form of Syndicate families on the plane Capenna. These names are generally not used when describing the three-color Shard combinations, but here they are anyway:

The Wedge three-color MTG color combos comprise of colors that are not all beside one another in the WUBRG color identity. These color combinations are based on the ancient tribes from the Khans of Tarkir set. Ironically, in the current timeline that the MTG lore takes place in, these clans have been long forgotten. Here are the accepted names for the Wedge MTG three color combinations:

Once again, another set tried to rename the three-color wedge combinations. Ikoria, a set based on Kaiju tropes, offered these names for the color combinations that are not widely used:

The four-color MTG color combos have the least amount of lore behind them compared to all the other color combos before them. These are based on Nephilim creatures featured in Ravnica’s second set, affectionately named Guildpact. From my experience, these color names don’t hold much weight in the community, but that may not stop your playgroup from using them. Here are the names for the four-color MTG color combinations:

These are all the accepted (and unaccepted) names for the various MTG color combos. Now that you’re armed with new knowledge, go ahead and build whatever color identity you want… but know that you will inevitably end up in Izzet. Everyone ends up in Izzet.