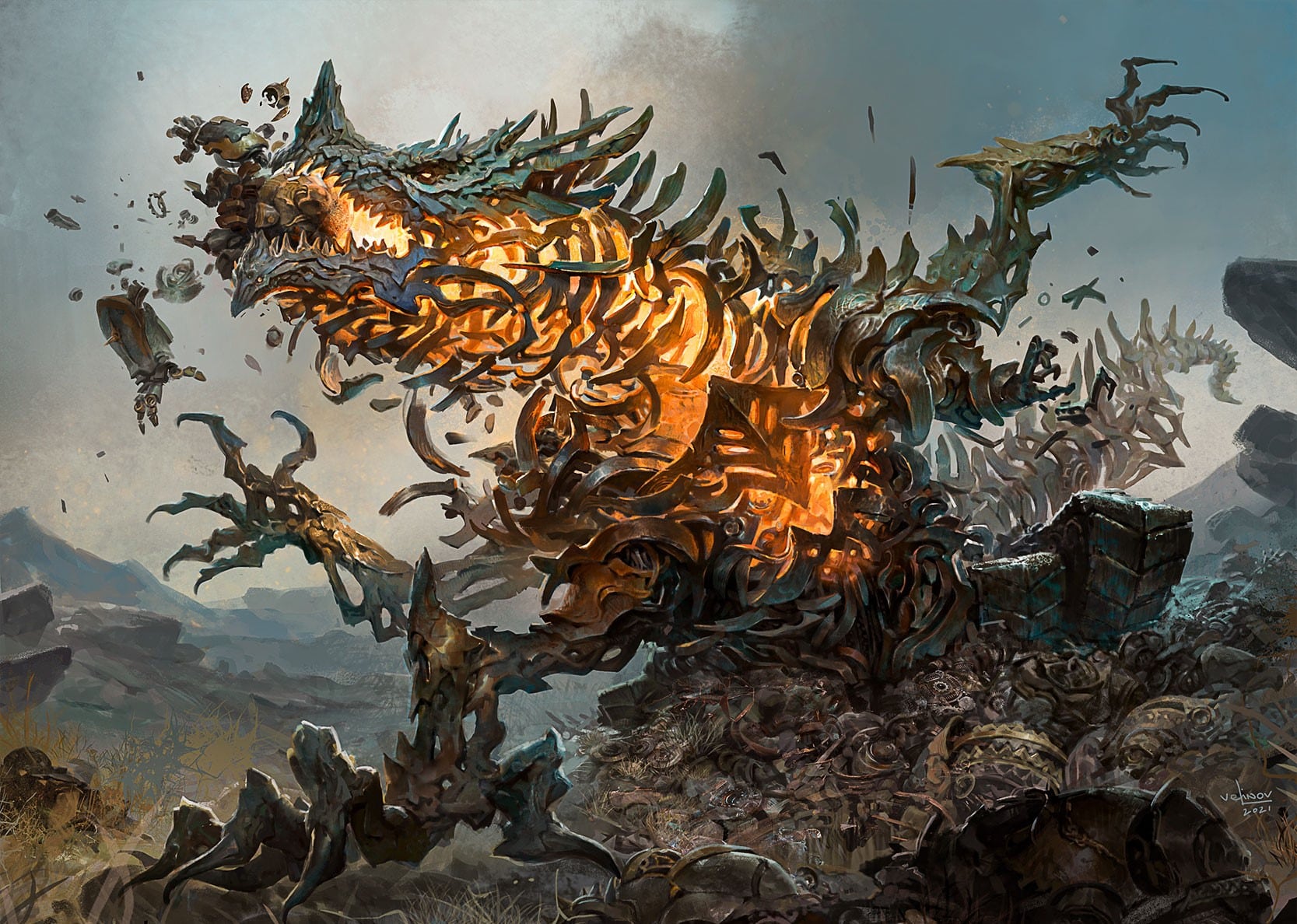 Another Magic Arena Limited season has begun, and there’s another incredibly underrated uncommon wreaking havoc among top tables. It’s not nearly as bad as Wingmantle Chaplain was, but the card, according to many top drafters, is pretty underpicked at the moment. Until people start to figure out what they should be doing in Limited, Skyfisher Spider is making Golgari Graveyard the best archetype in the format.

Skyfisher Spider is a four-mana creature in Golgari colors that does two things. Unlike Wingmantle Chaplain, this card’s success isn’t as apparent, but it is powerful enough to swing games into its owner’s favor completely. The card currently has a 69% winrate on 17 Lands, a website acknowledged by most of the competitive Limited community to be the place to learn Limited insights for Magic: the Gathering. This is a whopping 5% higher winrate than the rest of the uncommon field, which is a huge deal.

Firstly, Skyfisher Spider enables its owner to sacrifice a creature to destroy a nonland permanent. There are a lot of threatening noncreature cards in The Brothers’ War Premier Draft, like Portal to Phyrexia, that need specific answers. Green does tend to have answers to those cards, but Skyfisher Spider is one of the rare cards in this set that can remove anything.

The downside of this ability is also less than what may appear at first glance. There are a lot of sacrifice synergies amongst Brothers’ War Limited, with the biggest one being Unearth. In later turns, you can Unearth a creature from your graveyard, attack with it, and then use it to pay the Spider cost since it will die at the end step anyway.

The second ability is equally as important, but it isn’t always correct to use it (mainly because Emergency Weld looks to be another underrated card). Skyfisher Spider rewards its owner for playing the self-mill archetype that Golgari cares about. After trading one of your weakest permanents for one of their best, Skyfisher Spider can exile itself to gain you a bunch of life, stabilizing you against the faster Rakdos Sacrifice or Prowess strategies available in The Brothers’ War Limited. Skyfisher Spider’s early success, however, points to a larger trend afoot:

When Twitter user Magic Data Science took an early look at the decks that were trophying the most in the early Limited season, Golgari stood on top because of the Spider. Offered alongside it are the cards most commonly seen in recorded trophy Golgari decks, and they all help Skyfisher Spider tick. Emergency Weld and Blanchwood Prowler fit into Skyfisher Spider’s game plan perfectly. Emergency Weld can both recur a Spider while creating fodder to sacrifice. At the same time, Prowler can fuel your Spider’s second ability while giving it Unearth targets for its first ability.

Argothian Opportunist is in the same colors as Skyfisher Spider as well. This card cares more about ramping you into the late game Prototype cards that the Spider’s life gain helps to enable, but it’s also a body that can easily play on curve while accelerating it. Remember that the cards above are the best-performing cards in their two-color archetype, and Skyfisher Spider is the best-performing card overall.

Read More: Brothers’ War EDH Prebuilt Deck May be the Best One Ever!

The best Common in this set is making Skyfisher Spider’s archetype even better. Removal looks finicky in this set, and anything with a wide range of targets is a solid early pick. Overwhelming Remorse can remove a wide variety of threats, and in the Golgari archetype, it’s straightforward to make this card cost 1-2 mana to cast! This makes Overwhelming Remorse an excellent early pick removal option and a huge tempo play. However, this card is also seeing a very high pick rate, so expect this card to dry up early. Do note that the gap in winrate here is much smaller than Skyfisher Spider’s win rate in the Uncommon slot.

The Meta Will Adjust, but Play Some Golgari!

If you’re looking to maximize your value in the short term, try drafting some more Golgari! As players catch on to the Spider’s power, it will become an earlier and earlier pick. Part of the reason why Skyfisher Spider’s win rate is so high currently is that a lot of the community sees the card as being underpicked. Those who know its power, therefore, are likely inflating the numbers a bit. As the card starts seeing more play, things may begin to normalize. Early data seems to show that everything is coming up Golgari, however, so mill yourself a bit and get those synergy triggers off before the player base catches on!