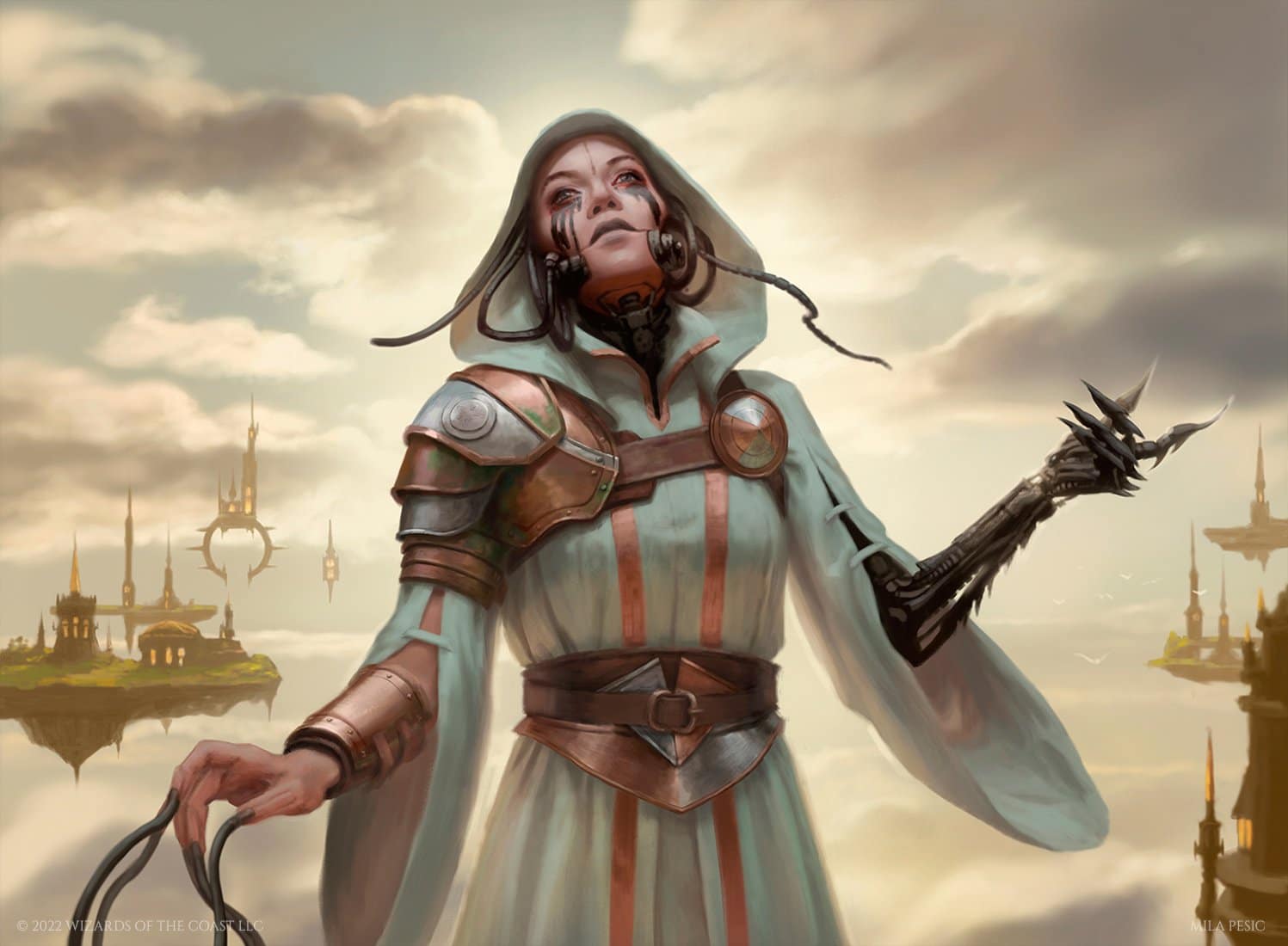 New MTG Card May be the Most Broken Limited Uncommon Ever!

We’re only about a week into discovering Dominaria United’s Limited format, so there aren’t a lot of solid takeaways that the community has agreed upon yet. One undeniable one is that Wingmantle Chaplain is the best uncommon draft has seen for quite a while. Zenith Flare from Ikoria was the last uncommon to show this level of power in a draft format. Early data, however, suggests something even more shocking. Is Wingmantle Chaplain the most powerful uncommon that Limited has ever seen in all of MTG’s history?

Wingmantle Chaplain is a four mana white uncommon from Dominaria United that is the premier payoff for the walls archetype available in the set. When this 0/3 enters the battlefield, Wingmantle Chaplain creates a 1/1 Flying bird token for each creature with Defender you control, including itself. This effect is not a one-time one either, with Wingmantle Chaplain making another token every time a creature other than itself with Defender enters the battlefield under your control. Considering walls want to… well, build a wall, it isn’t too difficult to get a multitude of them out for the Chaplain to use. This card sees the same win rate as the strongest rares and Mythics in the whole Dominaria United Limited format: Sheoldred, the Apocalypse, and Archangel of Wrath. That said, the real reason for Wingmantle Chaplain’s dominance is not as straightforward as just its ability.

Zenith Flare and Wingmantle Chaplain share more than a few similarities. Not only are these cards extremely powerful, but their archetypes make them extremely consistent. Zenith Flare’s Cycling archetype literally created a deck that cycles cards into a gigantic Zenith Flare. The Defender Archetype in Dominaria United has access to Shield-Wall Sentinel. This colorless common Defender features a search effect that can find any other Defender card in your library. Since these are at common, it is incredibly easy to get multiple copies of this card into your draft deck.

As long as you have a Wingmantle Chaplain in your deck, this kind of substitute for extra copies of it. These not only confirm that you will find your Chaplain consistently but that you will also have follow-up plays for it. Between itself, Blight Pile and Coral Colony, walls have absurdly consistent access to their win conditions. It’s not a question of if they will draw the Chaplain, but when.

How to Beat the Menace

This is not new news to keen drafters. Even though I have drafted Dominaria United about a dozen times, I have not seen a single Wingmantle Chaplain; suggesting that players already know how good this card is. With that in mind, drafting up a solution to the Chaplain problem may be a significant way to ensure that you can win whatever event you happen to be playing.

Domain is another potent archetype much more widely available in Dominaria United Limited. Having a way to reach past the damage you push in the early game can render the Chaplain irrelevant. Meria’s Outrider is a fantastic common to suit this. A few of these cards in a deck that checks four-five basic land types consistently will close out games without fail. You can even use Pixie Illusionist as a base for this strategy. Not only will this card help cast your spells and push early damage, but it can also turn your lands into missing basic types as a way to push damage after getting walled out by bird tokens. Otherwise, Pixie Illusionist has a Kicker cost that allows you to cast it with a larger body. Unfortunately, large flyers without Trample will not do much against the terror that is Wingmantle Chaplain.

While these aren’t guaranteed to solve your problem, it is a strategy comprised of common cards that I have used to beat Chaplain boards consistently. Your only other option here is to brute force your way through their walls, making your opponent make unfavorable decisions along the way. If Chaplain doesn’t come down with a bunch of walls in play, you can deal with it a lot easier.

Players already seem hyper-aware of the threat that Wingmantle Chaplain presents, but the walls archetype isn’t too far ahead of the other things the format is capable of. The ability to consistently tutor Chaplain makes it more menacing than average, but is it going to topple the entire format? The Arena Open and the Weekend Qualifier are coming up, and both are focusing on Dominaria United Limited. These events should clarify how much of a grasp Chaplain has over the format, as long as some draft portions are available.