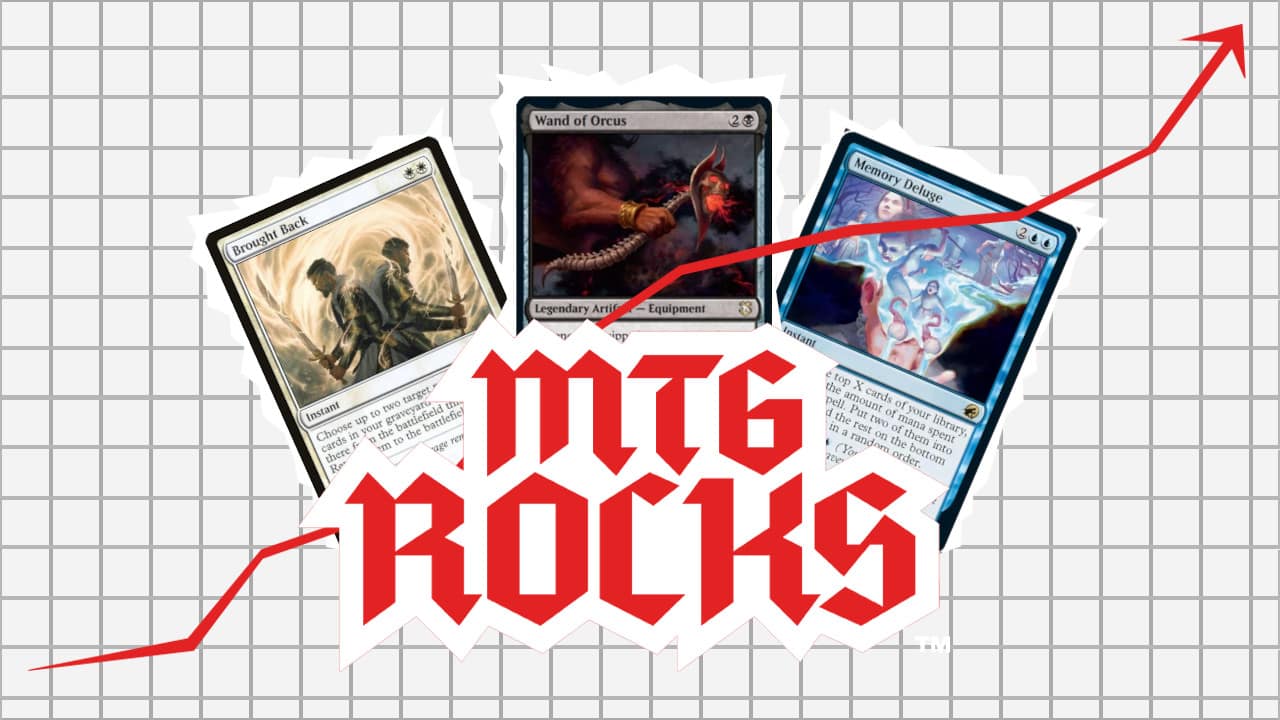 This week, a Standard draw-spell breaks into Modern, the hype for vampires is on the rise, and players are brewing around a new card in Modern.

A few weeks ago, I wrote about Memory Deluge in my article, Best Budget Buys from Midnight Hunt: Part 1. I thought it was a great pickup back then when it was under $2.00. Well, it is not so budget-friendly anymore as Deluge is now pushing about $7.00.

The reason Deluge is picking up in price is due to its prevalence in the Standard format and because the card is edging into formats like Pioneer and Modern. Azorius Control decks and Temur Reclamation decks in Modern are both beginning to include this Dig Through Time type card.

Innistrad: Crimson Vow spoilers start on the 28th. This is a vampire-themed set and the hype for the creature type is already beginning. Last week we saw Bloodline Keeper spike, and this week Sorin, Imperious Bloodlord, and Patron of the Vein are on the rise.

But be careful when buying into vampires before spoiler season! With Crimson Vow will be getting the Vampiric Bloodlines Commander deck which means some older vampire cards should be getting reprints!

Ever since Innistrad: Midnight Hunt and the Undead Unleashed Commander deck released, zombies have been all the rage on Magic’s secondary market. This week Wand of Orcas jumped from about $5.00 to $8.00. And Lich Lord of Unx spiked to $25.00-$28.00.

Players are beginning to brew with Brought Back alongside Flagstones of Trokair and Cleansing Wildfire in Modern. Because of this, Brought Back was about $1.00 at the start of the week, but today it’s up to $2.00-$3.00.

Shatterskull Smashing has been creeping up in price over the last few weeks now. One month ago, it was sub $5.00. Now it’s up to $7.00. It is included in any red-based deck in Standard, is an easy inclusion in Commander decks because it only takes up a land slot, and is showing up in Modern in Goblin Charbelcher combo decks.

Alrund’s Epiphany has been trending downwards ever since it was mentioned in WOTC’s Banned and Restricted Announcement on October 13th. While Epiphany did not get banned, WOTC did mention that they have been monitoring the card‘s dominance in Standard, and, if necessary, may make changes after the release of Innistrad: Crimson Vow.

Demilich saw a massive price spike several weeks ago with the rebirth of Arclight Phoenix in Modern. It jumped from $9.00 to $22.00 overnight. Well, the fad has faded; more copies of Demilich have hit the market, pushing its price all the way back down to $11.00. I think this is a great price for Demilich and it may be worth picking up some copies now because of the potential it has to be played across formats.