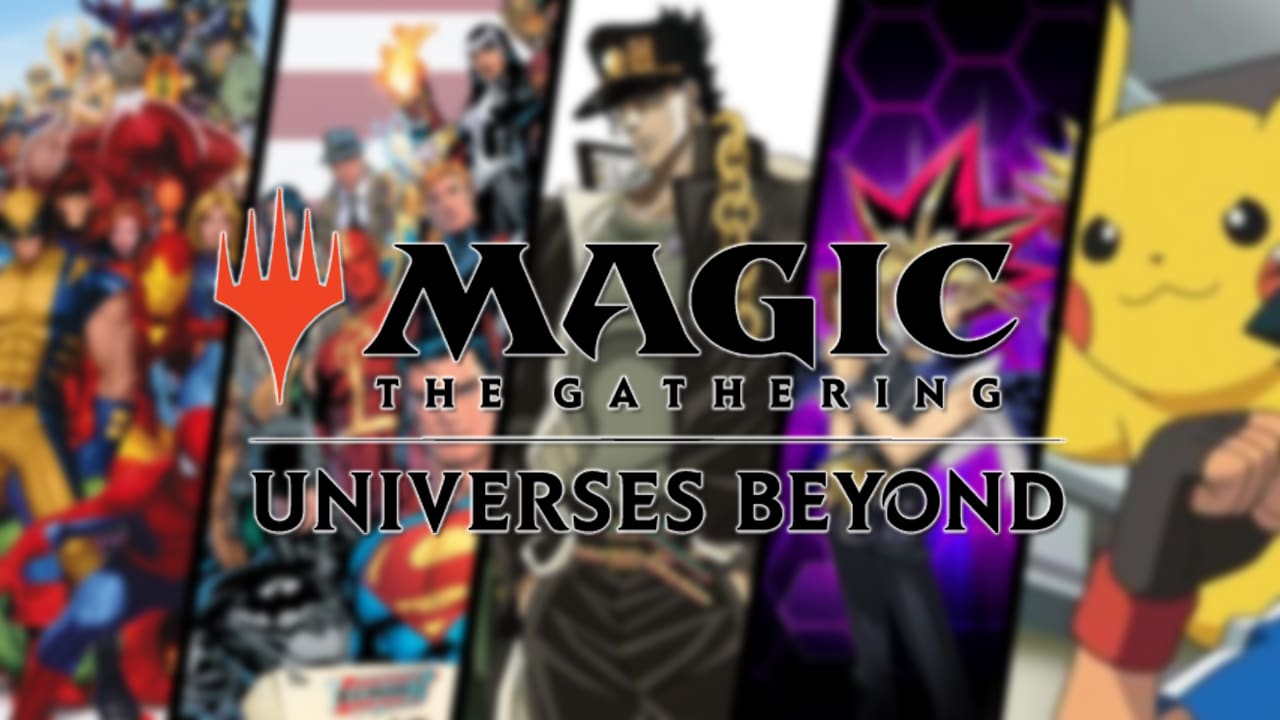 The Best and Worst of What MTG's Universes Beyond Could Be

For better or worse, Magic: the Gathering’s Universes Beyond cards have been all the rage lately. With Warhammer 40,000 Universes Beyond Commander products scheduled for later this year, and The Lord of the Rings: Tales of Middle-Earth planned for 2023, there is much to look forward to. There’s even talk of some Star Wars Universes Beyond product potentially being in the works.

Despite all the exciting Universes Beyond products of new and old, however, users haven’t been very involved in the process. Universes Beyond products, such as Stranger Things, do follow popular trends. However, it’s unclear how many people are actually asking for it. This all may be about to change. Recently, Mark Rosewater has taken to their Blogatog blog to crowdsource interest for topics and potential future crossovers.

As one Blogatog questioner noted, it appears that Wizards of the Coast doesn’t have “a space for fans to request universes they want to be ported to MtG?” This led Mark Rosewater to set up a temporary solution to this problem. Opening the floodgates, Rosewater plainly stated, “you can suggest IPs you’d like to see Universes Beyond do here.” After mere minutes, Rosewater was inundated with more suggestions than Wizards could dream of creating.

While, naturally, Universes Beyond products will depend on interest from the other franchise owner, Rosewater noted that “anything is potentially on the table.” This open invitation once again flooded WotC with a supply of unique ideas. While this has given Wizards of the Coast many avenues to explore, it’s important to note that not all these ideas will be made. Setting up a crossover between brands is no small feat, after all. If it took Fortnite until late 2021 to get a Naruto crossover, MTG will likely have an even more brutal battle.

Despite all of the enthusiasm, it appears that not everyone is so excited about Universes Beyond products. With large timed exclusivity windows until Secret Lair cards are reprinted, some players see Universes Beyond products as a plight. This led many users to mock Universes Beyond in the open invitation for suggestions. One user suggested everything from “Raid Shadow Legends” to “sponsored political candidates, breakfast cereal mascots, and cryptocurrencies.” In their note, the Tumblr user stated, “if this is your vision for Magic, embrace it.”

We’ve already gone on about on at length about how Marvel could be a Universes Beyond set, and it seems there’s no end to the demand for it. As one of the biggest franchises in the world with a massive roster of characters, Marvel is an obvious choice for Universes Beyond products. Whether it’s an entire Draft set like Tales of Middle-Earth or merely a Secret Lair drop, we’d expect it to sell like hot cakes. After all, who wouldn’t want one of Earth’s Mightiest Heroes as their Commander?

As much as there were those asking for a Marvel crossover, there were also those requesting DC get the same. DC is another obvious choice with an equally competitive roster of heroes and villains that’d be ideal Legendary creatures. Since Warner Bros hasn’t been having the same success as Disney, this may be a more viable choice. Nevertheless, like Marvel, DC already has its own trading card game, DC Dual Force. Due to this, a complete set crossover with MTG may be untenable.

As a beloved and long-running fantasy series, Terry Pratchett’s Discworld is an ideal choice for a Universes Beyond set for many. With fantasy stylings and a comedic tone, there’s more than enough content to fill out a Universes Beyond Un- Set. While this could be a spectacular crossover, it may be too niche a market for WotC to realize. There’s also no guarantee that the Pratchett estate would be willing to license the closely guarded property.

While creating a Universes Beyond crossover for Yu-Gi-Oh or Pokémon would be a piece of cake, we can’t imagine Wizards would be fond of the idea. After all, collaborating with Magic’s two biggest rivals could be a recipe for disaster. Despite this, there could be enough demand from fans to make a collaboration worthwhile.

A Universes Beyond crossover with the hit 1989 TV show Family Matters is easily the strangest suggestion we’ve seen. We don’t really know why someone would want Steve Urkel as an MTG card, and we’re honestly afraid to ask. Nevertheless, Mark Rosewater did ask for suggestions, and this is technically a suggestion.

Read More: One of the Biggest MTG Tribes Is Being Reworked