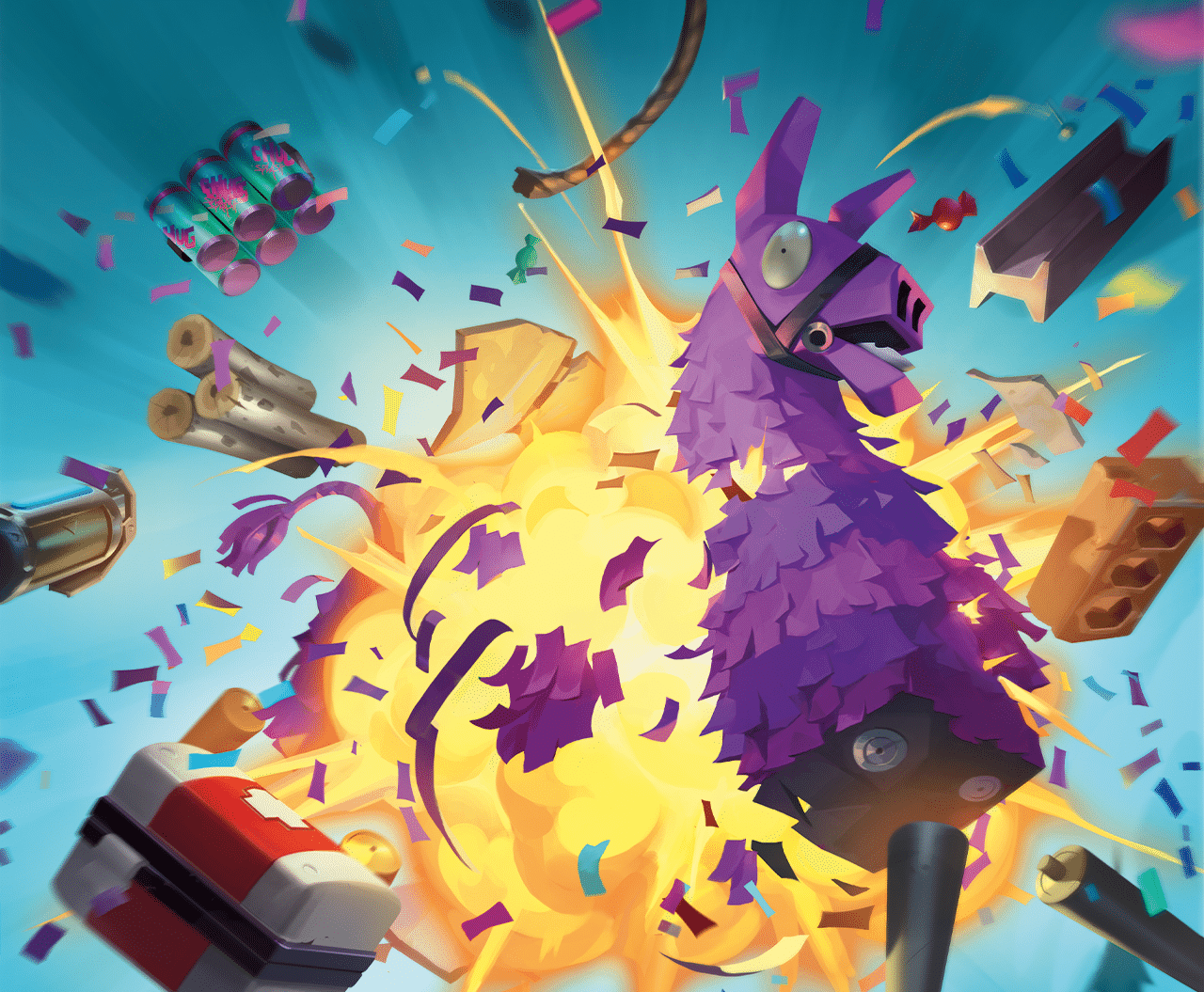 While Fortnite spoilers for MTG had a major unveiling earlier this summer, two elusive ‘bonus’ cards had yet to be shown. This morning, MTG Unpacked spoiled the bonus cards for both Fortnite Secret Lairs, alongside recapping the content in the non-foil versions of these Secret Lairs.

Boogie Bomb is a skin of Pyrite Spellbomb available in the Secret Lair X Fortnite expansion. This hilarious item in Fortnite can be used to force enemies to dance. While emoting against their will, they will be unable to use weapons or items, build, sprint or crouch. This stun effect only lasts for five seconds, or until they are hit in any way.

This will be the first premium full-art version of Pyrite Spellbomb available for MTG. While the card doesn’t see much play, it does see competitive play in Modern, Legacy, and Duel Commander.

Modern sees Pyrite Spellbomb appear in the sideboards and main decks of piles with Rakdos and Jund colors. As an easily accessible tool that can remove a threat in Hammertime matchups, or deal with Sanctifier en-vec, having Pyrite Spellbomb as a utility tool has been proven a successful strategy. The easy accessibility comes from being searchable via Urza’s Saga‘s third ability.

Command Tower has been getting many prints lately, for a good reason. With Command Tower’s ability to tap for whatever mana you need in Commander, there is no reason not to run a copy in your 99. For Commander players who want their deck to shine with premium copies, this is yet another option to bling up your Command Tower as Fortnite’s The Spire.

With all of the revealed cards for this collaboration, it’s safe to say that these Secret Lairs are targeted toward Fortnite fans first and foremost. The references to the breakout game are on point, but the card selection may not have veteran MTG players interested. This is exciting news for those who want a premier version of Pyrite Spellbomb to foil out their already expensive Modern Jund deck or a Command Tower with some flavor! If you want to see the other Fortnite cards spoiled for the Secret Lair collaboration, we outline them in more detail here.