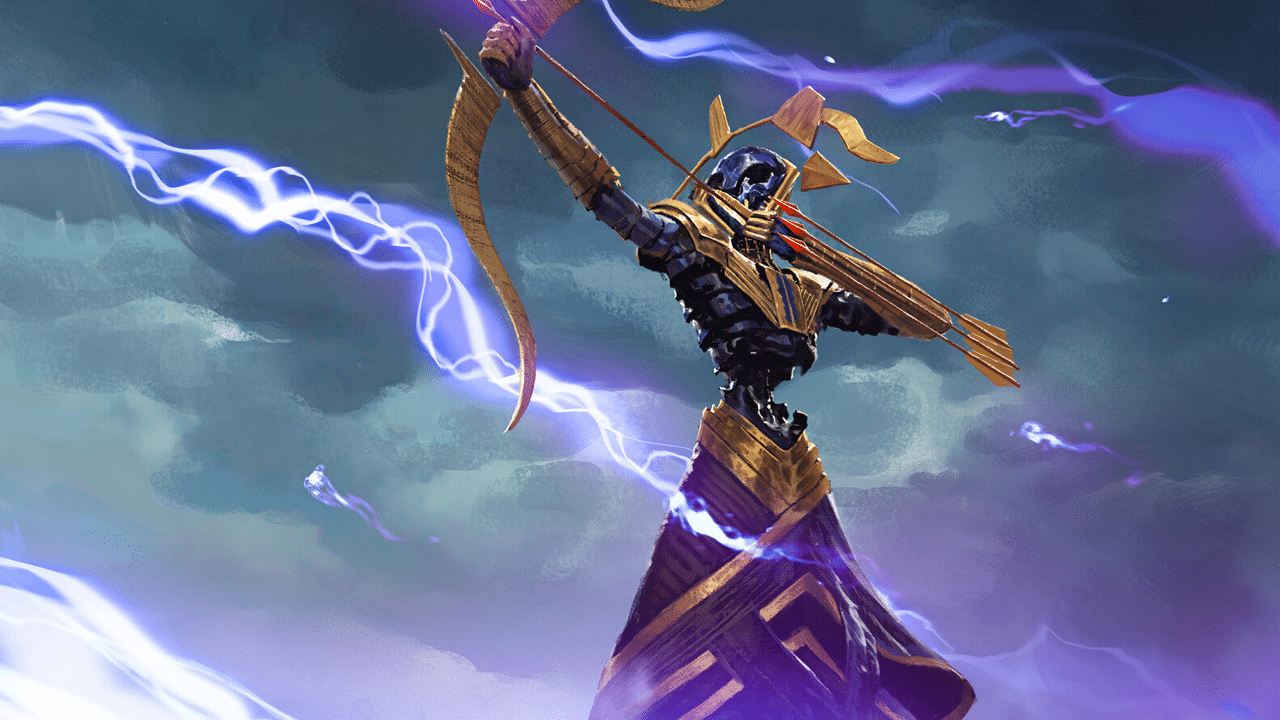 It’s been a rough time for White in Magic‘s Commander format. Although we’ve seen some strides in recent sets such as Commander (2021 Edition), White does unfortunately get the short straw when to comes to impactful cards. As a result, there is plenty of disinterest from players since White offers some of the weaker options in the format.

However, there are a handful of Mono-White Commanders that are excellent if they are built correctly. Plus, running a mono-colored Commander presents its own challenges when it comes to deckbuilding. By playing a Mono-White Commander deck, you can choose to be aggressive, or take a Death & Taxes approach at the wrath of those playing with you.

White offers plenty of diversity which is often misunderstood and with that, let’s look at some of the best Mono-White Commanders for casual play.

White is one of the colors with the ability to restrict what players are capable of doing during a game of Commander. By preventing players from untapping more than one land per turn, Hokori, Dust Drinker is able to halt any game immediately. As you are hindering each player’s primary resource (lands), it allows you to leverage your list to compensate. You’ll want to run a bunch of artifact ramp to offset Hokori’s ability while your opponents are stuck doing very little. Hokori is ideal as a Commander for Death and Taxes-style builds as you can cram as much disruption as possible.

Running the Legendary Spirit is sure to make you an enemy at the table but it’s a different approach to play Commander if you fancy a change.

At first look, Isamaru, Hound of Konda may seem underwhelming as a Commander. But as it’s only one mana, it allows you to cast Isamaru on the first turn of almost every game. You’ll want to play Isamaru as a voltron Commander, which includes a bunch of equipment and turning sideways. Going with this approach, you can be aggressive and work on Commander damage instead of life totals.

Isamaru is a simple Commander that wants to be aggressive as possible. Plus, who wouldn’t want to play this good boy in Commander?

BUY AT TCGPLAYER
Eight-and-a-Half-Tails is a powerful Commander that offers versatility and able to adapt to various situations. Not to mention, the Fox Cleric offers protection to your white permanents as well as changing the color of those permanents. You can make creatures unblockable by supplying protection and changing colors at any point. With that, it can blank any of your opponents’ removal ensuring your threats (or Eight-and-a-Half-Tails) stick around.

You don’t need to have a particular theme to run this Commander as it’s a powerful card on its own. If you are unsure which Commander to lead your Mono-White army, then Eight-and-a-Half-Tails is a great option.

BUY AT TCGPLAYER
BUY AT TCGPLAYER
Avacyn, Angel of Hope is one of the mainstays when it comes to Mono-White Commanders. When Avacyn is in play, nearly every board wipe becomes one-sided, and quickly shifts the nature of the game into your favor. Going further, packing Avacyn with equipment is a surefire way to end a game due to Commander damage. Avacyn is a strong, versatile threat that protects your board throughout a game of Commander. The only downside is that Avacyn commands a high mana value, so you won’t be able to get her into the battlefield compared to other Mono-White Commanders.

If you are feeling cruel, you can always run Armageddon to ensure your opponents can do absolutely nothing while keeping your lands in play.

When it comes to card advantage, Teshar, Ancestor’s Apostle is a machine. Whenever you cast a ‘Historic’ spell (an artifact, legendary, or saga) you can return a creature with mana value of three or less from the graveyard to the battlefield. With that, Teshar encourages repeatable graveyard recursion that allows infinite combos.

You’ll want to build Teshar with cheap artifacts in mind to trigger its ability. A sacrifice effect such as Phyrexian Altar or Ashnod’s Altar is a great way to generate mana and get your creatures back into play. If you are a combo-focused Commander player, Teshar could be a fun option within the color limitation.

Read More: Can We Please Get Commander Products In MTG Arena?

We’re taught early on when playing MTG that life is a resource. Understanding this can be tricky that takes some time to get your head around. However, Darien, King of Kjeldor embodies this approach by rewarding you with Solider tokens. While many Commander strategies prefer to preserve their life total, Darien wants to do the opposite and swarm the board as quickly as possible. With this, you’ll want to deal damage to yourself to grow your board of threats and back it up with anthem effects.

Coupled with cards such as Soul Warden, Soul’s Attendant, and Aetherflux Reservoir you can keep manipulating your life total as much as you please. Running Darien presents a political aspect to Commander too, since you can let your opponents attack you instead of blocking. As a result, it can cause tension at the table for your opponents.

BUY AT TCGPLAYER
Elesh Norn, Grand Cenobite has been plaguing games of Commander since New Phyrexia and remains an excellent option as a Mono-White Commander. At seven mana, you won’t be casting the Praetor early on but it offers inevitability in the late game. You’ll want to run a token-heavy strategy to get the most out of Elesh Norn’s passive ability when the time is right.

You won’t be relying on Elesh Norn to win the game but more of an extension to your game plan. Knowing when to cast your Commander will be important since the Commander tax can make this uncastable quickly. If you want to quell any tribal or aggressive strategy in Commander, Elesh Norn does a fantastic job of keeping the board clear of threats.

As you probably know, White has a huge issue when it comes to reliable card draw and card advantage. This is why Sram, Senior Edificer is one of the popular Commanders within the White color pie. Granted, Sram only comes with one ability but it is an important one nonetheless.

With this, you are able to sculpt your Commander deck correctly to ensure you are always drawing into action. You can pack vehicles, auras, and equipment to create a voltron-style strategy that doesn’t run out of things to do. For two mana, you can guarantee to cast the Dwarf Advisor early on to generate that card advantage. It’s cheap, powerful, and offsets the issues you commonly see in White.

Introduced in Theros Beyond Death, Heliod, Sun Crowned sees extensive play in Modern and Commander as it encourages a powerful two-card combination. By running Heliod, you can run an infinite combo with Walking Ballista (or Triskelion) with little effort. If you give either of these creatures lifelink and use them to ping a creature or an opponent by removing a +1/+1 counter, Heliod will let you put a +1/+1 counter back onto them — then rinse and repeat.

Going further, you have ways to find the combination with Ranger-Captain of Eos and Enlightened Tutor. It’s a powerful (and quick) approach to end games of Commander. You’ll want to pack plenty of lifegain with cards such as Serra’s Ascendant, Authority of the Consuls, and Ajani’s Pridemate to keep Heliod’s ability going. As a result, you become tough to kill as you are generating so much life. Similar to Teshar, if you are a combo-focused player then Heliod is a great alternative.

One of the best ways to play Commander is having the ability to create huge amounts of extra value to accelerate your strategy. Couple this idea with White’s ability to create tokens and you get something like God-Eternal Oketra. Coming from War of the Spark, the God is sure to dominate a game of Commander with the correct tools. It can be a little slow since it is five mana, but playing this as early as turn four is still a good rate.

Oketra’s ability ensures you get a 4/4 Zombie Warrior token out of the deal every time you cast a creature spell. With White’s option to have cheap creatures, you can make an impressive board of threats with little effort. You’ll want to add a ‘bounce’ subtheme with creatures such as Stonecloaker, Whitemane Lion, and Kor Skyfisher to re-cast those cheap threats again, generating even more tokens. Even then, Oketra commands an impressive body that is sure to block most threats that come your way.