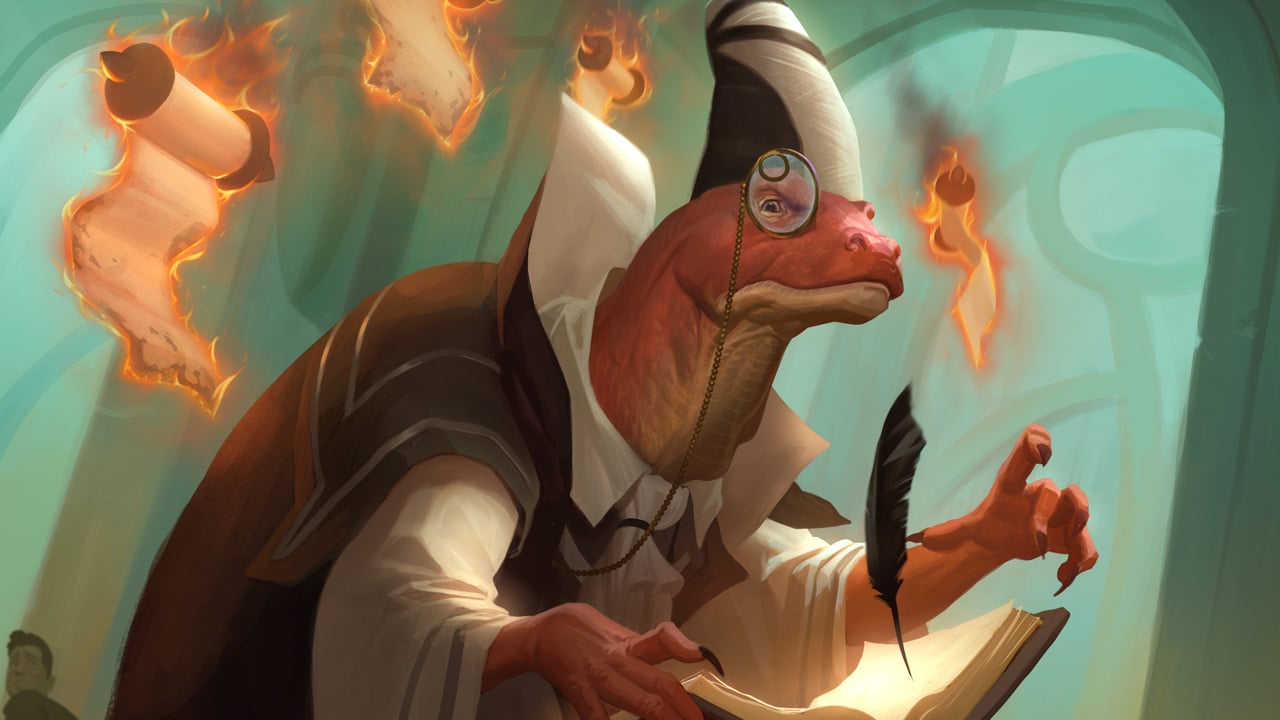 Why Does Strixhaven: School of Mages Cards Have So Many Words?

Yesterday saw the release of Strixhaven: School of Mages on MTG Arena and Magic Online and while players are happy to play with the new cards, there’s one issue — there’s too much text.

Granted, Strixhaven is set at a university so naturally we expected to do some reading, but not this much. Even on the first read, it’s difficult to understand and feels a lot like homework.

Strixhaven takes inspiration from Questing Beast, a card from Throne of Eldraine...

The Problem With Strixhaven: School of Mages

From a new player perspective, wordy cards can present confusion (and maybe intimidation) for players trying to enter Magic: The Gathering for the first time. Having to read and understand walls of text may leave a poor impression for new players who want to delve further. It feels as though Wizards of the Coast want to add more cards without increasing the set size hence the emphasis on modular dual-faced cards (MDFCs).

I mean, look at Uvilda! It’s too much text to process in one read. Even then, we can’t remember what all the other Dean cards do.

With that, MDFCs carry a lot of text which compounds the problem further. Another thing is Strixhaven is all about making a choice. From the college you choose to enroll to the decisions you make in a game, there is a lot of responsibility. Having the freedom of choice gives you the confidence to navigate a game of Magic: The Gathering, and you see that in cards such as Lorehold Command and Multiple Choice.

With the freedom of choice, comes a heft wall of text. Maybe we were lucky in Kaldheim which was pretty easy on the eyes compared to the latest set.

Fortunately, we aren’t playing much tabletop MTG at the moment which means MTG Arena and Magic Online can pick up some of the slack. But just imagine playing at a Strixhaven: School of Mages pre-release and trying to navigate a game with all these wordy cards. Wouldn’t be surprising to see games end in a draw due to how much time it takes to understand what the cards do in a tabletop setting.

Although we’ve seen Wizards of the Coast shorten terms such as “shuffle your library” to “shuffle”, and “converted mana cost” to “mana value” but yet, Strixhaven cards are still brimmed with text. Granted, the shortened terms are a great idea and ensure cleaner textboxes, but that would only work if there was less text on the card. Maybe we’ll see the benefits once Modern Horizons 2 or Dungeons & Dragons Adventures in the Forgotten Realms come out later in the year.