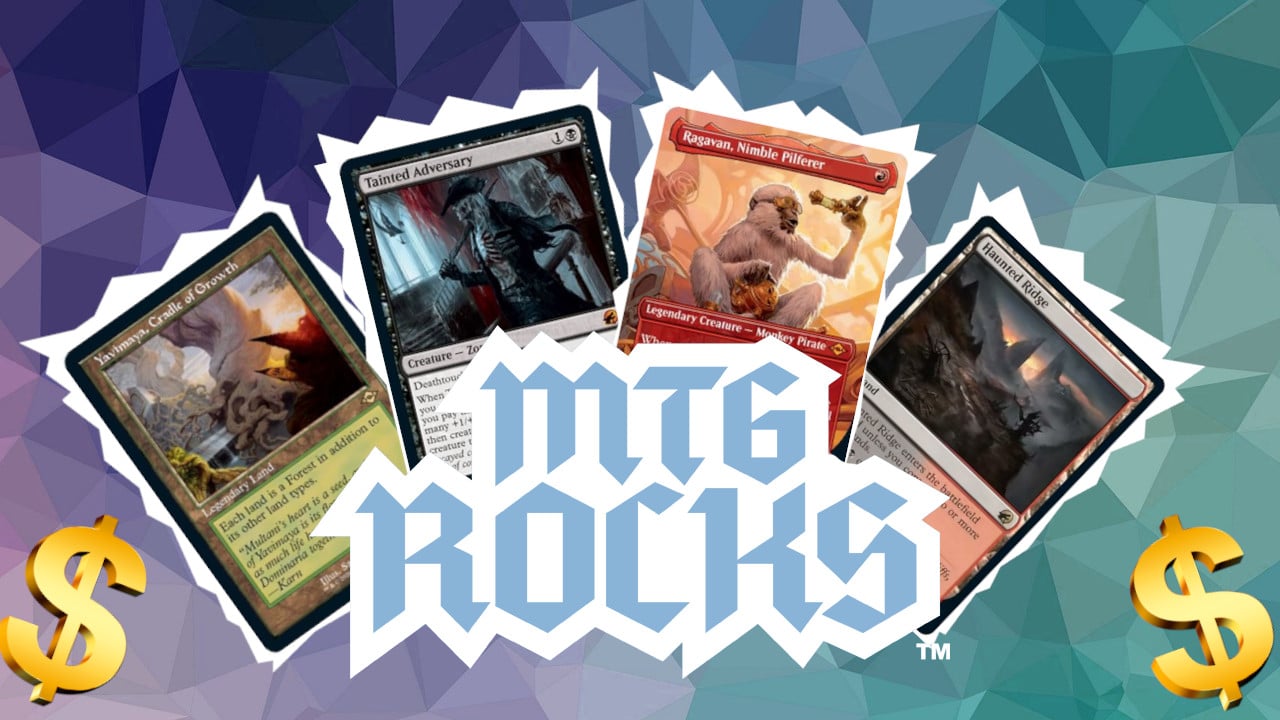 There are only a few hours left in the sale! Today, all products purchased on TCGplayer will reward shoppers with 10% back in TCGplayer credit. This promotion is active only for October 26 and only from 10 am to 8 pm Eastern Time.

TCGPlayer does not have many Bonus Bucks Sales during the year, but when they do, they are one of the best opportunities to buy single MTG cards. You can get the last few cards you need for your Commander deck at a discount. Or, you can get an entirely new Modern deck at a bargain. Or, maybe now is the time to build the Cube you’ve always thought about.

Based on previous Bonus Bucks Sales, one thing is for certain: cards are going to sell fast. So, act quickly. If you don’t know what to buy, I am including some of the most exciting cards to buy on the market right now:

Use the Sale to Get Ready For Crimson Vow

If you want to play vampires when Crimson Vow releases, I’d definitely pick up a playset of Haunted Ridge’s now. Vampire decks are going to run a full playset of these, and once the hype from spoiler season starts on October 28th, Haunted Ridge could easily jump in price. Get them now while the regular art copies are only $2.00-$3.00. ($6.00 for the full art).

Visiting Innistrad in back-to-back sets means two sets of ZOMBIES in a row. We got some awesome zombies cards Innistrad: Midnight Hunt, like Tainted Adversary and Champion of the Perished. In the early days after set release, there were some decent Orzhav (black-white) Zombie decks seeing play.

Perhaps Crimson Vow will give the tribe the push it needs to be competitive. That makes now an ideal time to pick up the pieces you need before the hype inflates prices.

10% Back on Modern Horizon 2 Cards You Missed

My article, MTG Enemy Fetch Lands Are at All-time LOW Prices, is even more true now than when I originally published it a couple of weeks ago. Surprisingly, the MH2 fetch lands dipped even lower, (by about $1.00 in price across the board, but that’s still something).

To give you an example of just how cheap they are, Scalding Tarns are being sold for $27.00-$30.00 at the time of this article. That is an absurdly good price for a multi-format staple considering there was a time in Magic’s history when the cheapest copy of Tarn was $100.00+!

The enemy fetch lands are staples in any format they are legal in. If you don’t already have your copies, you might as well get them now when they’re on sale.

This Monkey Pirate has been picking up a little bit of play recently… I mean, it turns out it’s an okay card… I’m joking, of course, if you’ve been paying any attention to Modern since MH2‘s release, you know that Ragavan, Nimble Pilferer has been running rampant in the format.

Ragavan is the most expensive mythic rare from Modern Horizons 2. It was about $50.00 upon release but quickly jumped to $80.00 and stayed there. But it is finally trending downwards. At the time of this article, the normal art ragavan is below $70.00. With the 10% Bonus Bucks, this may be the ideal time to pick up this Modern powerhouse.

There’s definite potential for financial growth with this card, and I don’t just mean that as a pun on its name. Yavimaya, Cradle of Growth is the green equivalent of Urborg, Tomb of Yawgmoth, a long-time Commander staple.

Urborg, originally printed in 2007 in the set Planar Chaos, has seen prices as high as $45.00. Currently, its cheapest printing is $27.00, and that’s after a very recent printing in Time Spiral Remastered.

While Yavimaya lacks some of the complimentary cards that Urborg does like Cabal Coffers, it is definitely a powerful effect. It’s great for color fixing and it has some synergies with cards like Arbor Elf and Chatterfang, Squirrel General. The cheapest version of Yavimaya is currently about $11.00, which is a great deal for a land with so much potential.