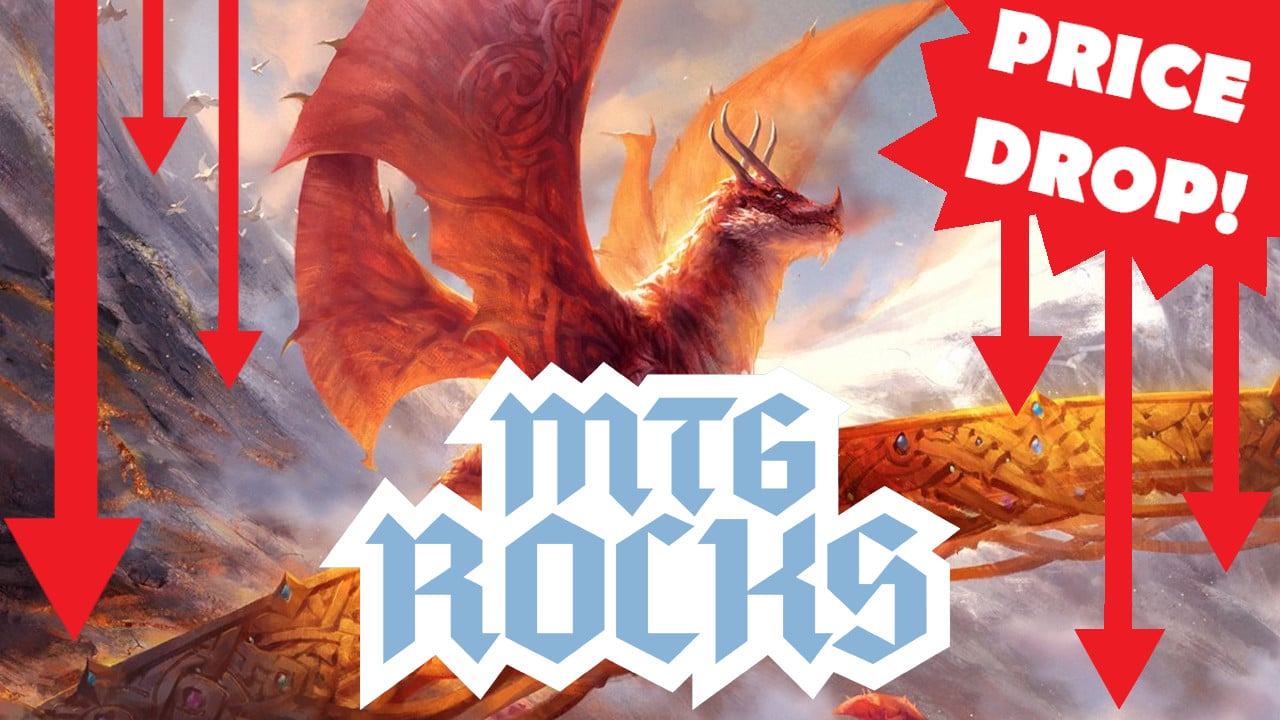 Goldspan Dragon was at one point $40.00 and the most expensive card in Standard. But the hasty, treasure-generating dragon took a recent plunge in price, and these days, it’s almost affordable.

Izzet decks have reigned over Standard for some time. Alrund’s Epiphany, Expressive Iteration, and our friendly mythic dragon at hand are the primary culprits for pushing other Standard strategies to the wayside. (Goldspan in particular, was so dominant, in fact, that Wizards of the Coast nerfed the dragon in the newest, digital format called Alchemy. But even its downgraded form is seeing play.)

Izzet Dragons is still a good, Tier 1 deck. So why is Goldspan falling in price?

When Goldspan first came out, it was about $14.00. As it proved itself in Standard time and time again, and the dragon jumped to $40.00. And as you can see in the graph below, the card sustained that high price tag for several months. But it has FINALLY fallen and is currently available for about $25.00 at the time of writing!

Why Is Goldspan Dragon Falling in Price?

There’s been a shift in the Standard metagame. While Izzet decks are still one of the top three contenders in the format, decks like Mono-White Aggro and Mono-Green Aggro got some tremendously useful improvements in recent sets that gave them an edge against Izzet.

In addition, Izzet decks are not necessarily auto-including four copies of Goldspan anymore, and are instead vying for new cards like Lier, Disciple of the Drowned, and Hullbreaker Horror. Overall, this means a slight decrease in play for Goldspan and a decrease in its price.

What Does the Future Hold for Goldspan?

Goldspan Dragon isn’t used much outside of Standard. It will still have some relevance in Commander inside dragon decks like The Ur-Dragon. But because it is almost entirely absent from older formats like Pioneer and Modern, its price should continue to trend downward as we approach the next Standard rotation.

With that said, Goldspan Dragon still has about a year left of Standard viability. If you were at all interested in playing Izzet Dragons but were held back by the price of the deck, you can now buy it for a fraction of its old price and still get plenty of playtime with it.