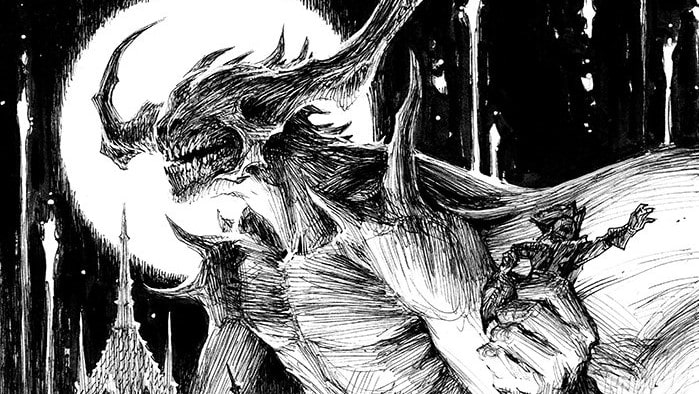 Should The Way Flicker Works On Double-Faced Cards Change?

Mechanics in MTG aren’t set in stone. They used to be, sure, but in recent days, there have been plenty of changes made that affect either recently introduced mechanics like the companions, but there have also been changes to things that have been around far longer, such as cascade.

As it stands, if you flicker a double-faced card it’ll come back into play as the front side, which would be the side facing the same way in a pack as you open it, basically, or the one displayed on most spoiler sites. It means that you can turn Tibalt, Cosmic Impostor back into Valki, God of Lies if you can flicker it, and it’s an interesting way to interact with a card, especially given the rise of MDFC in recent sets.

However, just because this is how something does work, doesn’t necessarily mean that’s how it should work. In fact, given the effort it takes to transform some cards, we’re not sure it’s fair, and that means it’s worth revisiting and possibly altering, at least according to how Wizards has been changing rules in recent days.

Too much effort and oh so fragile

Being able to replace chump blocking Humans you control for the measly cost of one life is undoubtedly great, but they’ve got a lot more text on them. You can also pay two mana to give another Human you control lifelink, which is nice, but the main thing is that you can transform them. If you have exactly 13 life in your end step you can pay six mana to change Jerren into Ormendahl, the Corrupter.

This version of Ormendahl is a 6/6 with flying, trample, lifelink, and the ability to sacrifice another creature to draw a card. That’s all good stuff, sure, but they’re not indestructible, and they don’t have ward or hexproof or anything, so they’re actually pretty easy to kill. Better yet, you can literally just flicker them and they’re back to being Jerren again. So, you can spend your life and mana trying to get Ormendahl out, only to have all of that work undone in an instant by an Eldrazi Displacer.

While some might think this is all fair game, we’d argue that these cards are designed in a way that doesn’t seem to account for how simple it can be to revert the transformation. It’s less of an issue with Werewolves, but when a card takes as much effort as Jerren does to transform, being able to undo that with Ephemerate or something leaves a bad taste in our mouths.

If we’re going to be changing things here and there to make sure everything stays fair and fun, then we’d argue that this is a prime candidate for the next big change to classic MTG rules. Balance is important, and as it stands, this just doesn’t feel balanced.

You don’t have to agree with us, but we’d love to hear your thoughts on this. Also, are there any other mechanics that you think need to be updated?