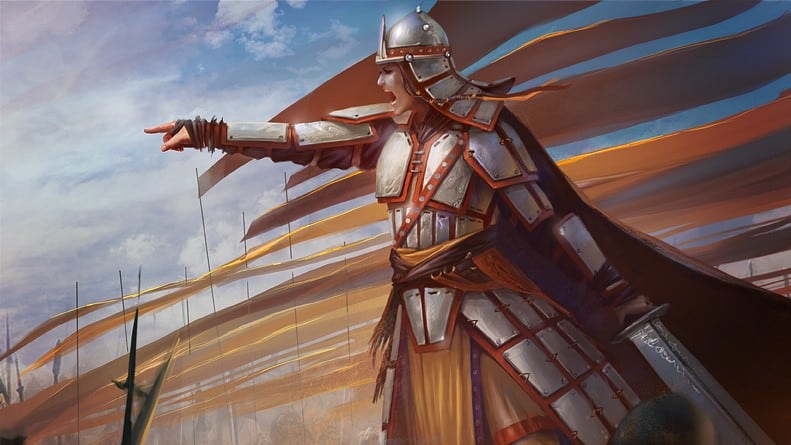 The Best Starter Commander Decks - Alesha, Who Smiles At Death

Commander is a wonderful format, but figuring out where to start with it can be more than a little bit daunting. Despite only need one copy of any given card, it can often feel like you’re going to have to spend a lot of money to be able to actually play anything decent.

However, there are a few commanders who are excellent first picks for new players. This is because they play in an interesting way, they can win games, and they’re also not too expensive to build. We’ll be doing a few of these pieces going forward, but we’re kicking it off with Alesha, Who Smiles At Death.

Alesha, Who Smiles at Death is a three mana Mardu commander. That means you get access to red, black, and white cards because of them. They’re a 3/2 with first strike, but their main ability is that you can pay two black or white mana to bring a creature with two power or less back from the graveyard when they’re attacking. If you do so, that creature enters tapped and attacking.

Two power doesn’t sound like much, but it turns out that there are some absolutely absurd creatures that this can hit, and it makes Alesha a huge threat. The key thing is knowing what creatures you’re going to be aiming to bring back, knowing how to get them in your graveyard, and knowing how to keep Alesha alive.

So, let’s break down those three things, and you can start the glorious process of building your new deck, and then absolutely crushing your friends.

The best creatures for Alesha, Who Smiles at Death

Honestly, you can basically put anything that has two power or less in here and be fine, but some are definitely better than others. Take Master of Cruelties, for example, which can reduce an enemies life total to one if it isn’t blocked, which is absurd.

If you’ve got pesky threats in the way though, it helps to have cards like Ravenous Chupacabra to get rid of creatures by just straight up killing them, or Duergar Hedge-Mage to get rid of enchantments and artifacts. Being able to recur these creatures is huge for removing opposing board states.

Finally, it’s nice to have other ways to resurrect your minions, Karmic Guide does exactly that and has a power of two, making them perfect for this deck, and Reveillark is an excellent target with that because they can then return two target creature cards with power two or less when they leave the battlefield.

How to get creatures to your graveyard

Of course, you need to actually be able to get these creatures into the graveyard first, so you’ll need some cards to do that. Vile Entomber is a creature with two power and deathtouch that allows you to fetch a creature from your library into your graveyard as it enters the battlefield. Oriq Loremage does the same, but you have to tap them.

How to protect Alesha

Reconnaissance is a one mane enchantment that allows you to remove an attacking creature from combat for zero mana. This means you can stop any damage befalling Alesha or any other creature you swing in with, and it’s an excellent little card.

There are also some great creature options too. Subira, Tulzidi Caravanner is a three-mana 2/3 with haste that lets you make another creature with two power or less unblockable, which doesn’t help Alesha, but does look after everyone else, and you can even make it so that you can draw cards. Then you’ve got Selfless Spirit, a 2/1 you can sacrifice to make your team indestructible.

That’s all good and well, but there are two other excellent ways you can make use of Alesha’s abilities. For starters, you can add in cards likeImpact Tremors and Mardu Ascendancy to help you whittle down enemies without even having to attack, which is excellent if you’re up against a lot of enemies. It’s also even better if you combine it with the likes of Rally the Ancestors, which can bring back all of your creatures for a little bit.

On that topic, it often helps to be able to kill off your own creatures too, ideally at instant speed. That’s where cards like Viscera Seer and Carrion Feeder come in. They’re even better if you also make sure to include Curel Celebrant, Zulaport Cutthroat, and Bastion of Remembrance, all of which will help you win every game you land them in.

With all of that know firmly lodged in your brain, you should be more than ready to build this deck, so go on, get to it.