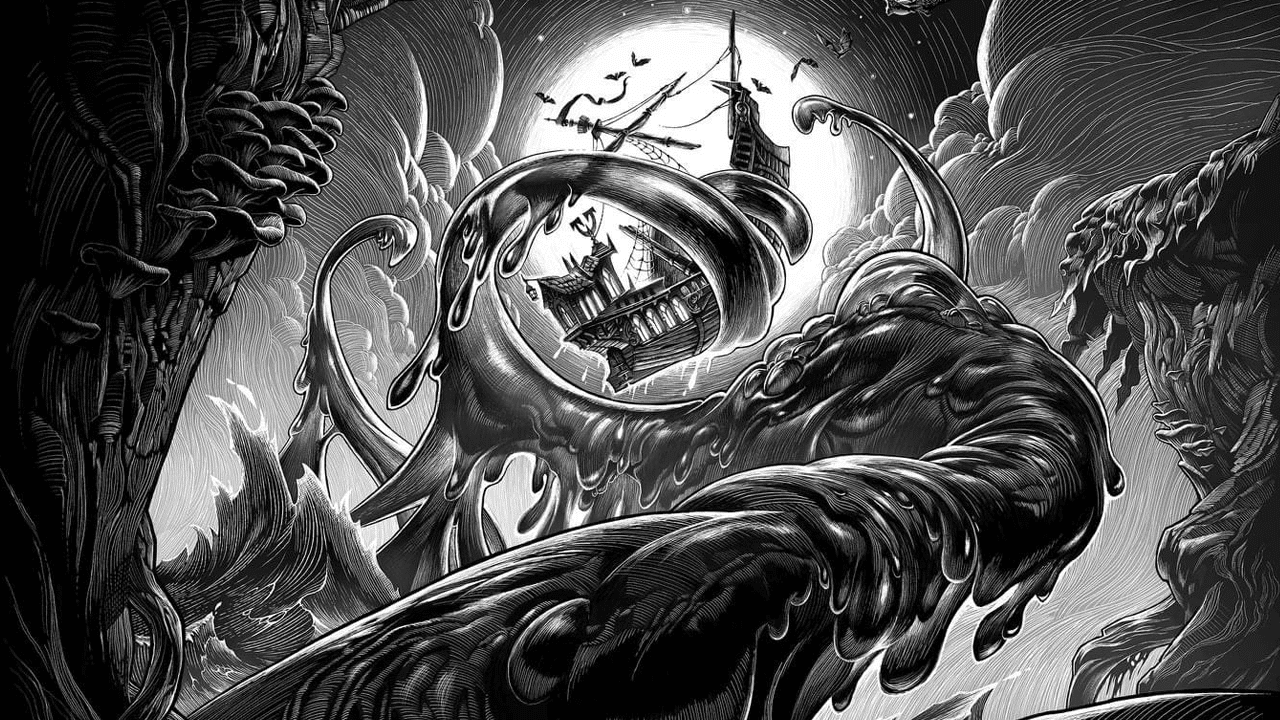 A new set brings with it yet more wonderful new commanders to choose from. This time around we’re looking at the best Commanders from Innistrad: Midnight Hunt, and there are some incredibly interesting options here.

Naturally, a lot of these are horror-themed, but that’s rarely a bad thing in the world of Magic: The Gathering. So, let’s get a little bit spooky and dive on in.

This time around we’re kicking off with an incredibly peculiar character, and one that’s been corrupted by a Demon many will remember. Jerren, Corrupted Bishop is a three mana black 2/3 that creates a 1/1 and makes you lose one life whenever it enters the battlefield or another nontoken Human you control dies. Don’t worry though, you can pay two mana to give a Human you control lifelink.

Then, if you have 13 life at the beginning of your end step, you can pay six mana to transform Jerren into Ormendahl, the Corrupter. This version of Ormendahl is a little weaker than the last time around, but is still a 6/6 with flying, trample and lifelink. Plus, you can sacrifice another creature to draw a card. This is all fun, but not quite good enough for the main list of the 10 best commanders from Innistrad: Midnight Hunt.

First up is Rem Karolus, Stalway Slayer. This is a three mana red and white 2/3 with flying and haste. Alongside that, they also make it so that any spell that would deal damage to your or a permanent you control has its damage to you prevented.

Alongside that, they also make it so that any spell that deals damage to an opponent or their permanents will deal that much plus one damage instead. While this doesn’t protect Rem Karolus from damage, it does allow you to use damage-based board wipes without fear. This is especially spicy if you’re playing something like Firesong and Sunspeaker, because then you’re not only wiping the board, but also gaining a lot of life.

Ludevic, Necrogenius is a two-mana blue and black 2/3 that mills one of your cards whenever they enter the battlefield or attack. Then, you can pay X mana, two blue, and two black to exile X creature cards from your graveyard and transform Ludevic.

Transformed they become Olag, Ludevic’s Hubris, a monstrous Zombie 4/4 that reads, “As this permanent transforms into Olag, Ludevic’s Hubris, it becomes a copy of one of the exiled cards, except its name is still “Olag, Ludevic’s Hubris”, it has base power and toughness 4/4, and it’s a black and blue Legendary Zombie in addition to its other colors and types. Put a +1/+1 counter on it for each card exiled this way.” You can think of this as being a bit similar to Mimeoplasm, but a little less potent.

Now, this one is fun. Saryth, the Viper’s Fang is a four mana green 3/4 that lets you pay one mana and tap them to untap another target creature or land you control.

Slogurk, the Overslime is a three mana green and blue 3/3 with trample. They’ve also got one of our favorite titles in MTG, with “The Overslime” being just a wonderful name to have. Slogurk specialises in land trickery. Every time a land enters your graveyard from anywhere, you can put a +1/+1 counter onto Slogurk, which can easily spiral into lethal damage.

You can then remove three of those counters to put Slogurk into its owner’s hand. This can be useful for protection, but it does more than that. When Slogurk leaves the battlefield, you can return up to three land cards from your graveyard to your hand. It’s a good mix of abilities, and it could make Slogurk one of the best lands commanders out there.

For two mana, Katilda, Dawnhart Prime is a green and white 1/1 with protection from Werewolves. You can also choose to pay six mana and tap them to put a +1/+1 on each creature you control, which is useful.

However, the real strength of Katilda lies in the fact that they give every Human you control the ability to tap for one mana of their colors. That means Katilda can tap for white or green, and each Human you put onto the battlefield can pull double-duty as a threat or a source of mana.

Liese, Forgotten Archangel is a five mana white and black 4/5 Angel with flying and lifelink. However, their power lies in death and death alone. You see, whenever a creature an opponent controls dies, they get exiled instead.

On top of that Liesa reads, “Whenever another nontoken creature you control dies, return that card to its owner’s hand at the beginning of the next end step.” The ability to recast everything that dies is incredibly powerful in a color combination that specialises in self-sacrifice, so you can expect Liesa to appear in a lot of decks.

4 – Lier, Disciple of the Drowned

Spellslinger decks are fun, and while we wouldn’t always recommend going all-in on a single color, Lier could change that. Lier, Disciple of the Drowned is a five mana blue 3/4 that makes it so that spells can’t be countered. That’s all spells, so don’t play counterspells in this deck.

What they do instead, is grant each instant and sorcery in your graveyard flashback, with the cost being equal to that card’s mana cost. You can build around bounce spells, drawing spells, mill, or whatever else you can find in blue, but you’ll get a lot of use out of this commander.

Look who’s back, it’s Gisa. Gisa, Glorious Resurrector is a four mana black 4/4 that’s going to see an awful lot of play. You see, they make it so that enemy creatures that die get exiled instead, but that’s only the beginning of it.

“At the beginning of your upkeep, put all creature cards exiled with Gisa, Glorious Resurrector onto the battlefield under your control. They gain decayed.” We’re not huge fans of the decayed mechanic, but there’s no doubt that Gisa is going to allow a lot of people to mess around with everyone else’s creatures, and no doubt win because of it.

We’re nearly at the top of the list of the best commanders from Innistrad: Midnight Hunt, and it’s been a strong list so far, but we’re particularly fond of our top two. Vadrik, Astral Archmage is a three mana blue and red 1/2 that makes it day if it’s neither day nor night as they enter the battlefield.

Then, they get a +1/+1 counter on them whenever day or night changes, and both instant and sorcery cards are X less to cast where X is Vadrik’s power. It means that you can absolutely combo off with Vadrik with not a huge amount of effort. So, as good as Lier is, we’re expecting to see them alongside Vadirk, because the two allow for some truly degenerate stuff.

Tovolar, Dire Overlord is the first good Werewolf commander, and a much-needed shot in the arm for Gruul in Commander in general. For three mana, you get a red and green 3/3 that lets you draw a card whenever a Wolf or Werewolf you control deals damage to a player. Also, if you control three or more of those creature types at the beginning of your upkeep, you can have it become night, then transform any number of Human Werewolves you control.

Tovolar then becomes the Midnight Scourge, a 4/4 with the same ability to draw cards, but a new mana sink to play with. You can pay X, one red, and one green, to grant a Wolf or Werewolf you control +x/+0 and trample until the end of the turn. What Tovolar does isn’t complex, but they allow for a good Werewolf tribal deck finally, and they’re going to be powerful too.