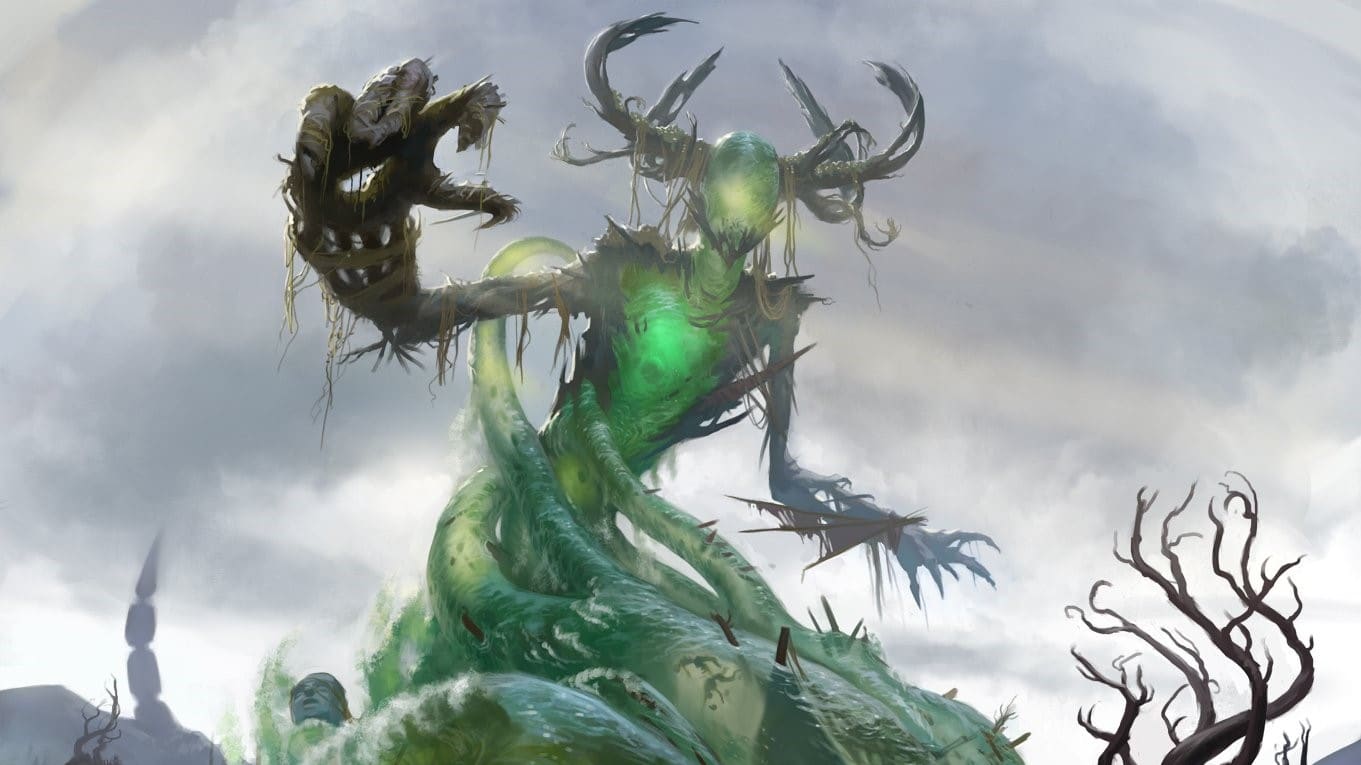 The 10 Best Graveyard Commanders In MTG

Messing around with your graveyard is one of the surest ways to have a very good time in Commander. There’s just something wonderful about continuing to use cards that are meant to be out of the game, you know?

In fact, the best graveyard Commanders in MTG are often the ones that let you do so countless time, and even give you bonuses for doing so. Lucky for you, we’ve made a list.

The 10 best graveyard Commanders in MTG

Sidisi, Brood Tyrant is nearly one of the best graveyard Commanders in MTG, but realistically, we just don’t think they do quite enough. They’re still good though, which is why we’re giving them a shoutout. Sidisi is a four mana black, green, and blue 3/3 that has you mill three cards whenever they enter the battlefield or attack. Plus, whenever one or more creature cards hits your graveyard from your library, you get to create a 2/2 Zombie token. They’re great at filling your library, but don’t do anything with the cards that are there.

First on the list proper is Chainer, Nightmare Adept. This version of Chainer is a four mana black and red 3/2 that grants haste to nontoken creatures if they entered from someone other than your hand. Plus, you can discard a card to allow you to cast a creature spell from your graveyard for that turn. You can only activate the ability once per turn, but that’s usually enough in the right decks.

Kathril, Aspect Warper is a five mana white, black, and green 3/3 with a lot of text. “When Kathril, Aspect Warper enters the battlefield, put a flying counter on any creature you control if a creature card in your graveyard has flying. Repeat this process for first strike, double strike, deathtouch, hexproof, indestructible, lifelink, menace, reach, trample, and vigilance. Then put a +1/+1 counter on Kathril for each counter put on a creature this way.” Basically, you want to fill your graveyard with keywords and creatures, then make everything you control into a massive threat. What’s not to love?

Tasigur, the Golden Fang is a six mana Black 4/5 with delve, which means you can actually get away with only paying one mana for them. Not only that, but for four mana, two of which is green or blue, you can put the top two cards of your library into your graveyard, then an opponent gets to choose a nonland card to take from your graveyard and put into your hand. It’s a great way to keep things coming back, and hitting noncreature spells is a huge bonus too.

Sevinne, the Chronoclasm is a five mana blue, red, and white 2/2, and they’re a bit different to the other options on this list. For starters, there’s no black or green in the casting cost, which is unusual for a graveyard strategy, but that’s they also can’t be damaged, which is nice. On top of that, whenever you cast your first instant or sorcery card from your graveyard each turn, you get to copy that spell. It’s awesome giving your flashback spells twice the effect, and we’re a big fan of Sevinne.

We’ve got a legendary Hydra everyone, watch out. Gyrus, Waker of Corpses might not be our favorite Hydra commander, but they’re still pretty powerful in a graveyard deck. They cost X, black, red, and green, and come in with +1/+1 counters equal to the mana spent on them, which means commander tax isn’t all that relevant. Whenever they attack, “you may exile target creature card with lesser power from your graveyard. If you do, create a token that’s a copy of that card and that’s tapped and attacking. Exile the token at end of combat.” This is great with big threats, powerful ETBs, or just for annoying your enemies by doubling the tokens.

Now we’re deep into the dirt of the graveyard, and Izoni, Thousand-Eyed is ready, For six mana, Izoni is a black and green 2/3 that allows you to pay two mana and sacrifice another creature to gain one life and draw a card. That’s okay, but it gets better because they also create a 1/1 Insect token upon entering the battlefield for each creature card in your graveyard. It means you’ll usually have a full army just by having Izoi enter the battlefield, and that’s very hard to argue with.

Ah Karador, you absolute boss of a card. Karador, Ghost Chieftan is an eight mana black, green and white 3/4 that costs one less to cast for each creature card in your graveyard. They allow you to cast one creature card from your graveyard in each of your turns, and the colors they’re in means you’ll have no issues filling your graveyard or making the most of it either.

Look, Muldrotha, the Gravetide literally has grave in their name, so it’s no surprise that they’re one of the best graveyard commanders in MTG. For six mana, Muldrotha is a black, green, and blue 6/6 that allows you to play one permanent of each type from your graveyard one each of your turns. Basically, fill your deck with permanents and you’ll get more value than seems reasonable.

You may have been expecting Meren of Clan Nel Toth to be at the top of this list, but you’d have been wrong. Sure, they’re good, but we think number 1 is better. When we say they’re good, we mean they’re great though. Meren costs four mana and is a black and green 3/4 that allows you to get an experience counter whenever another creature you control dies. Then, “At the beginning of your end step, choose target creature card in your graveyard. If that card’s mana value is less than or equal to the number of experience counters you have, return it to the battlefield. Otherwise, put it into your hand.” You can literally win games by just having them and Spore Frog out.

The Mimeoplasm is a five mana black, green, and blue 0/0. “As The Mimeoplasm enters the battlefield, you may exile two creature cards from graveyards. If you do, it enters the battlefield as a copy of one of those cards with a number of additional +1/+1 counters on it equal to the power of the other card.” Basically, they can become any creature in any graveyard, and then get some +1/+1 counters on them to boot. You can win games by exiling Triskelion and Lord of Extinction, or you can just mess with people by exiling their best creatures. Also, they have a dinosaur for a hand.