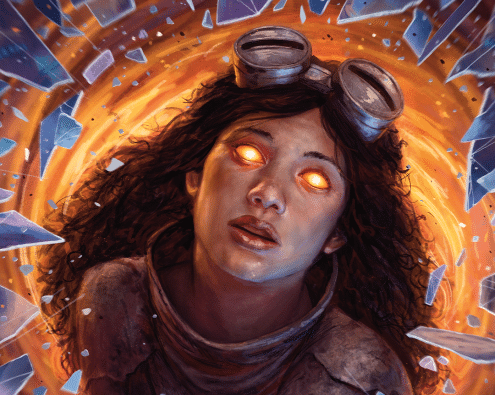 Wizards of the Coast has been putting in the work for the past few years to push more products than ever for MTG players to choose from. From Collector Booster packs for the foil lovers out there to the recently retired Theme Boosters for those players who just wanted some more blue cards, there is something for everyone. While product selection is excellent, there are still some issues that may be causing some accessibility problems to specific MTG products. It’s time to discuss Secret Lair shipping costs.

A few days back, an Australian Redditor named TheDoctorOfBeach posted his shopping cart for two Secret Lair sets they were interested in purchasing. For only about $30 each, Secret Lairs are a fantastic way to get some beautiful cards from special events shipped right to your doorstep. While you’re only getting a few cards, the secondary market prices will compensate for a lack of quantity.

While the price of the Secret Lairs themselves are relatively in order from our Australian fan, the shipping costs create a barrier. Even though two Secret Lairs are discounted to $53.98, the shipping comes in at a whopping $98, almost twice as much as the Secret Lairs. Suddenly, you’re only getting eight cards for a price comparable to Booster Boxes, where you can get as many as 36 packs of 15 cards each.

Shipping Out of Country

The issue of these insane shipping prices seem to be exclusive to players who do not live in the U.S. While not quite as bad as Australian shipping; some Canadian players also vented their frustration in this Reddit post:

“There are three instances I would have ordered a secret lair but the shipping and then duty to Canada is also pretty bad (not that bad but it still makes it not at all worth it)” states Redditor CynthiaKitty.

It seems that the Secret Lair product is more expensive outside of the U.S. TCGplayer has the Secret Lair Extra Life 2021 Foil edition going for about $61, according to recent sales. If we move over to FacetoFace Games (Canada’s premier tournament organizer), they have the same edition going for $120 CAD (approximately $92 US). Even if you look at other shops in the area that sport lower prices than F2F, the prices all tend to average between $100 and $130 CAD. The markup here caused by shipping is very clear.

On a different note, the Extra Life 2021 Secret Lair is worth its U.S. price tag. There is still a premium being charged here. Still, considering you are getting two foil Craterhoof Behemoths (each valued at about $26 on TCGplayer), it’s pretty easy to make up the difference in value. However, for the premiums outside of the U.S., you’re much better off buying singles.

As the Redditors cited above suggested, one of the better solutions for out-of-U.S. players who want to get their hands on these is to make a bulk order amongst multiple people. This will help to keep shipping costs down, making Secret Lairs worth the money you’re putting on the line for them.

Another possibility is for players to buy Singles from the U.S. for the Secret Lair cards they want. While slight premiums still seem to exist out-of-U.S. for Secret Lair singles (Nonfoil Craterhoof Behemoth from the Extra Life 2021 box, for example, is currently $28 US at Star City Games in comparison to the $32 US price at FacetoFace), these may be rendered irrelevant by, once again, shipping costs. That said, the Singles for a Secret Lair will still be much more expensive for a potential buyer than purchasing the Secret Lair itself with reasonable shipping. This isn’t the best solution as a result.

Another potential solution, as pointed out by Redditor Zero_AE, is to send your Secret Lair to a friend in the U.S. Past that point, your friend can ship it to you from them for a cheaper cost. However, this only works if the shipping costs are significantly reduced. If the change isn’t too significant, you’ll pay those shipping fees in time instead.

Can Something be Done?

There may not be much players outside the U.S. can do about these shipping costs. Wizards of the Coast could put a program into place to help get these products to players outside the U.S. for cheaper, but depending on how they implement it, it may not be much of a fix. Honestly, we’re at a bit of a loss for a potential solution for this problem. Outside of making one order for a bunch of friends, it may be pretty challenging to find a way to navigate these shipping costs.