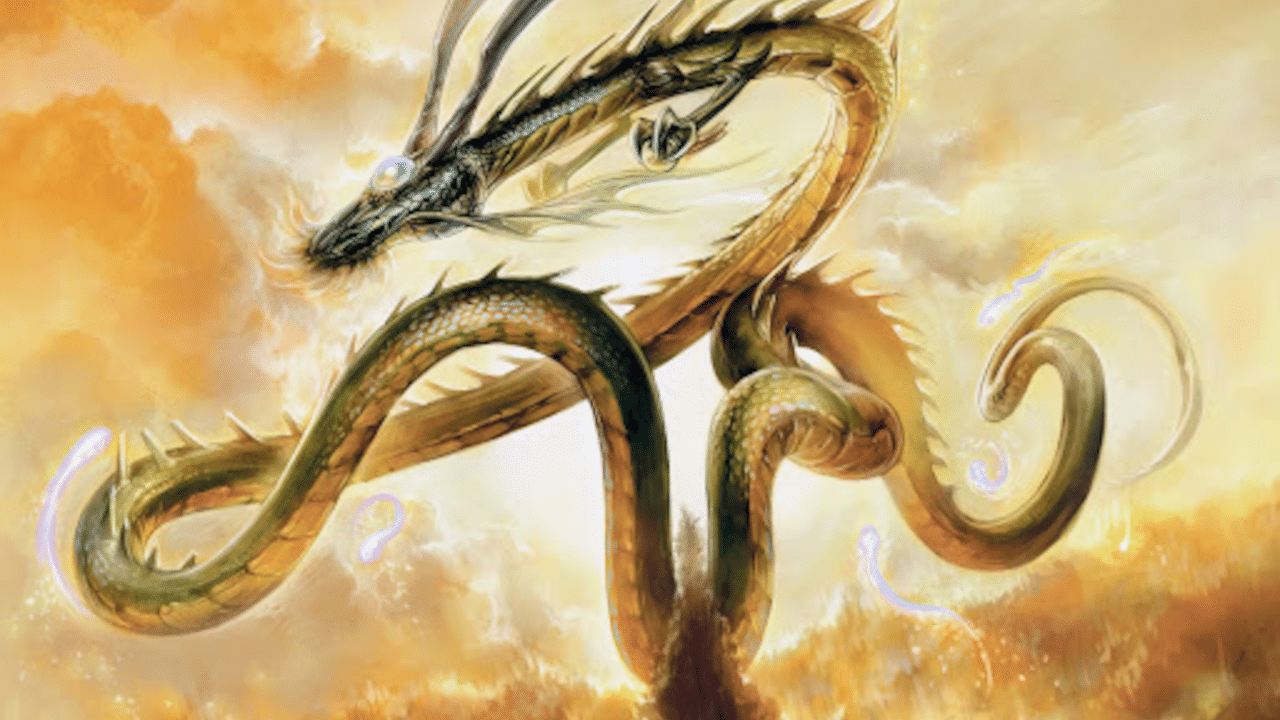 Tomorrow is the first preview stream for the new Magic: the Gathering new Kamigawa: Neon Dynasty. Over the past few days we’ve seen some art from the set that’s got everyone excited. Today, thanks to the powers of Reddit, we have something new. Now I will preface this by stating These are NOT Official in any way shape or form, These may not even be real. Some potential leaks for the new set made their way to the interwebs and they’re very interesting.

First off, the first card we have is Kyodai, Soul of Kamigawa. This is a 3 mana 3/3 Dragon with Flash and Flying and gives something indestructible. It also has a WUBRG ability, which is a return from the original Kamigawa.

Next up, we have a series of 3 cards. These all appear to be showcase cards. There’s 2 Enchantment Creatures that appear to be Dual Faced Cards as they don’t have a mana cost in the top right. These are all the flip sides of original characters, Horobi, Death’s Wail and Jugan, the Rising Star. The 3rd card is a new Legendary Land, Takenuma, Abandonded Mire.

We do see a few different art styles here from the enchantments. One looks like it could be a traditional Japanese painting style, or possibly an “anime” style. The other looks like a black and white picture similar to the “eternal night” cards found in Innistrad: Midnight Hunt and Crimson Vow.

We can’t see much about the Remnant of the Rising Star, except that it has some kind of X cost in it. Echo of Death’s Wail seems to deal with Rat tokens, which we can assume the front side makes. Lastly Takenuma has a returning mechanic, Channel. Wizards has stated that they wouldn’t be printing Legendary Lands in Standard products much any more, but if this card is real, that’s changing. Mostly the reason for that is that drawing multiples in a game feels bad, but with Channel, that is no longer a concern.

What do you think about these? Do you think that these are real or fake? Let us know in the comments and stay tuned for tomorrow’s reveal stream, as we’re going to be covering all the cards and all the fun new stuff coming in Kamigawa: Neon Dynasty