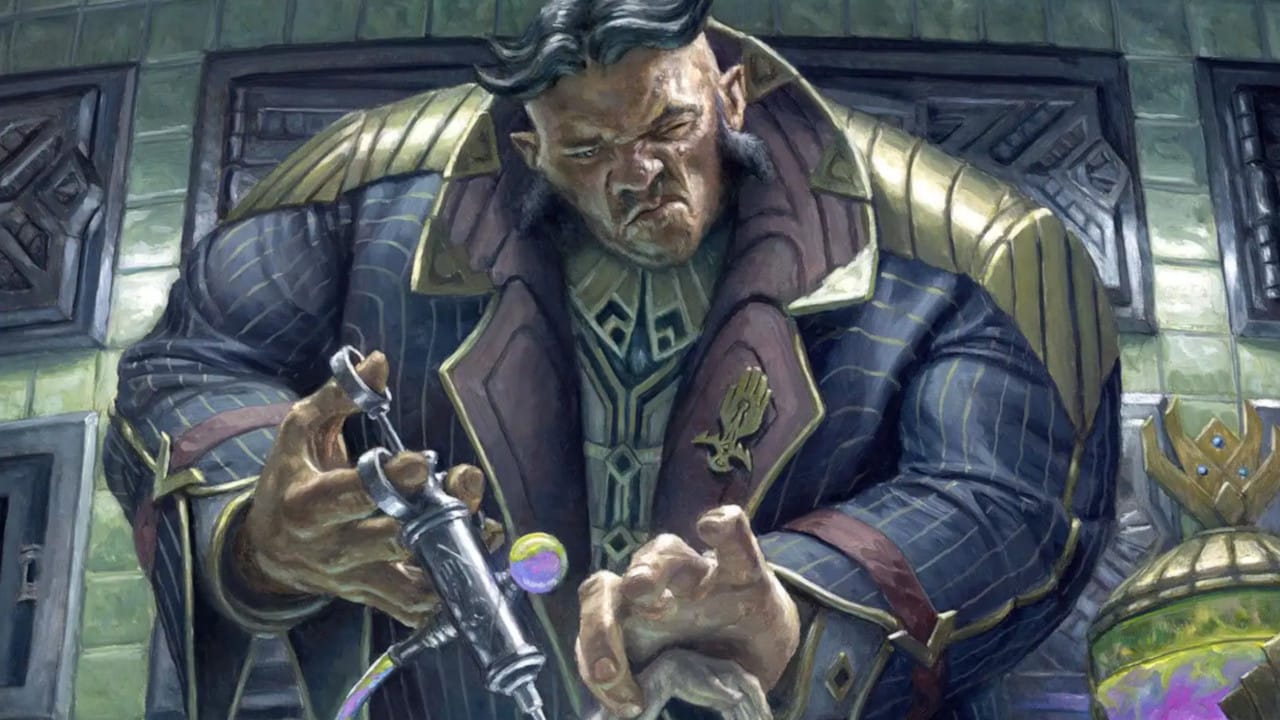 “Aristocrats”, in Magic: the Gathering, refers to a strategy that involves sacrificing your own creatures (named after Cartel Aristocrat). Of course, killing your own creatures is disadvantageous, but there are many cards that gain special effects when your creatures die. You can even perform infinite combos with this strategy using cards such as Body Launderer, a new aristocrat-style card from Streets of New Capenna.

Body Launderer serves multiple roles in an aristocrat deck. It has a useful ability when you sacrifice other creatures, but Launderer is just as useful when sacrificed itself.

It is Body Launderer’s second ability that has infinite combo potential, but conniving with its first ability can help find your other combo pieces.

There are multiple ways to combo with Body Launderer across Magic formats, so let’s check out a few:

There are a few ways to combo with Body Launderer in Commander, but one of the most efficient combos uses Karmic Guide and a sacrifice outlet such as Goblin Bombardement.

For the purpose of this example, let’s assume you have Body Launderer, Karmic Guide, and Goblin Bombardment in play. Here’s how the combo works:

Because Body Launderer connives each time you perform this loop, you can only loop this combo equal to the number of cards left in your deck. But it results in near-infinite damage and you’ll draw your entire library.

You can substitute other sacrifice outlets for Goblin Bombardment in this combo. For example, use Phyrexian Altar to gain near-infinite colored mana. Once you connive through your entire deck, you can cast Thassa’s Oracle and win the game on the spot.

Read More: Is There Finally a Vampire Commander to Rival Edgar Markov?

Using a pair of Clones, you can assemble a combo similar to the Karmic Guide combo in any Magic format.

For the purpose of making this combo Standard-legal, I’ll use Mirrorhall Mimic in this example. But you can construct similar combos in other formats with other clones such as Phantasmal Image or Phyrexian Metamorph. Any two clones will do the trick as long as neither clone is a Rogue (like Glasspool Mimic).

Once again, you can perform this loop equal to the number of cards in your library. But the original copy of Body Launderer will get a +1/+1 counter each time you discard a nonland card with its connive ability. This can easily grow Launderer to lethal stat levels. But you can also use something like The Meathook Massacre to drain you opponent’s life total each time you sacrifice a Mirrorhall Mimic.