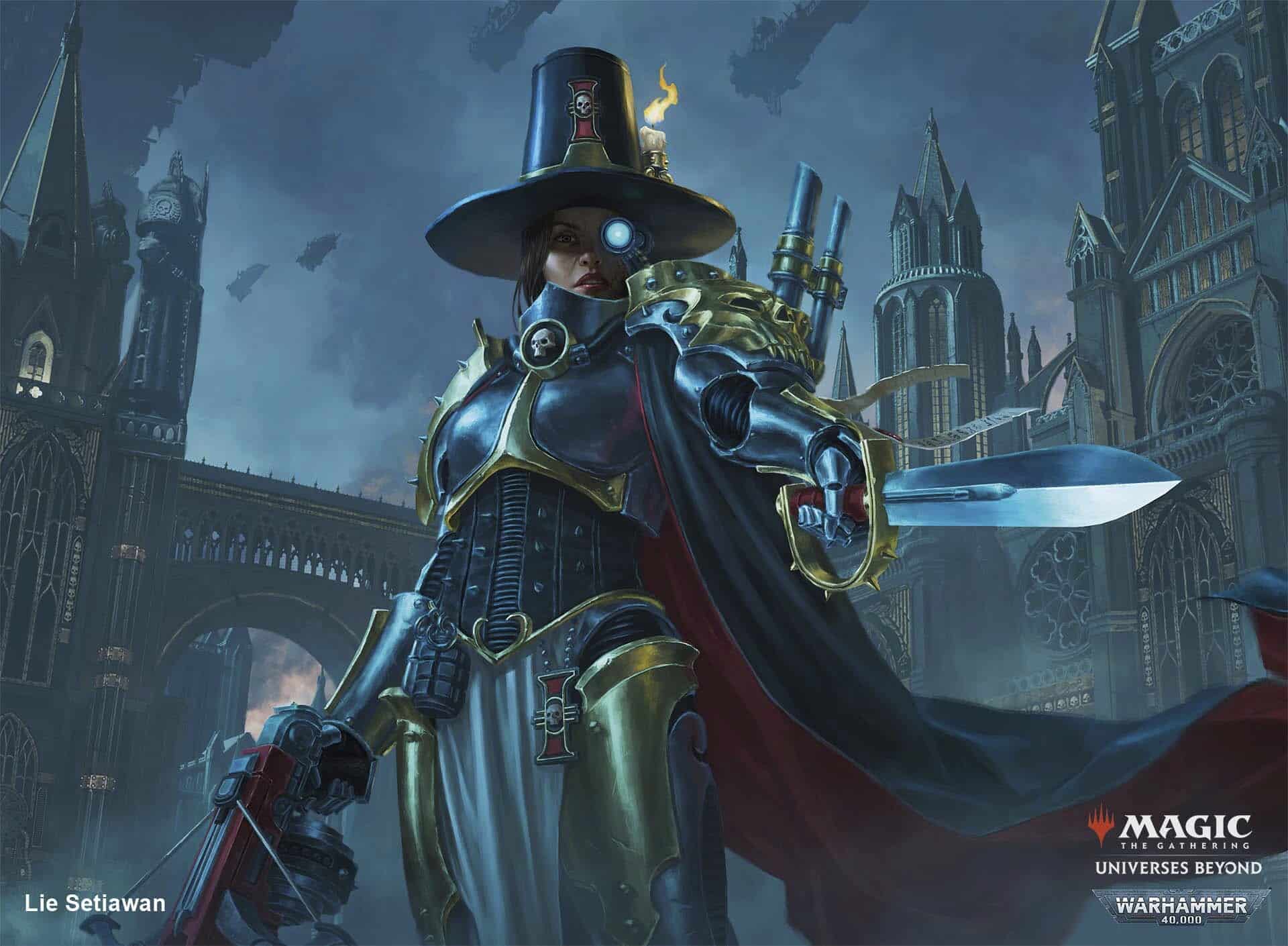 With Wizards of the Coast releasing a litany of products each year, it’s no surprise to see a few new mechanics making their debut. Honestly, with the sheer number of products Wizards releases, it can sometimesit can be hard to keep track of everything new. Nevertheless, a steady drip feed of new mechanics is necessary to keep Magic: the Gathering exciting and evolving. As a result, it should be no surprise to learn that the upcoming Warhammer 40,000 Commander decks feature a few new MTG mechanics. While these mechanics are currently limited to their debut product, it may only be a time before they’re seen again.

Introduced for the Tyranid Swarm Commander deck, Ravenous is a new keyword mechanic found on X-cost creature spells. Rather simply, if X is five or more, an additional effect happens when the creature enters the battlefield. The Tyranid Swarm deck’s Ravenous effect is “if X is five or more, draw a card.” Previously, a variation of this ability appeared on Apocalpyse Hydra from Battlebond. In this variation, if X were five or more, an additional +1/+1 counter would be added to Apocalypse Hydra.

While a basic X-cost creature such as Endless One or Shivan Devastator are already powerful threats, the new Ravenous ability provides even more utility. Thankfully, this utility isn’t at the expense of complexity. After all, it’s not always prudent to dump as much mana as possible in an X-cost creature. In this regard, Ravenous is similar to the recently returned Kicker mechanic. While paying the increased cost late game is usually an obvious choice, in the early game, things are much more interesting and complex. Due to this increased complexity on a reasonably simple established mechanic, we’re hoping. Ravenous appear in future sets. While it likely won’t be a full cycle of cards, the mechanic nevertheless has potential.

If Ravenous wasn’t a close enough comparison to Kicker for your licking, then you and your weirdly specific requests are in luck. Introducing Squad, another optional additional cost ability that’s paid when casting a spell. Unlike Kicker, which can do just about anything, however, Squad has a singular purpose. Namely, for as many times as the Squad cost is paid, you get that many token copies of the spell once it enters the battlefield. Unlike Myriad, which recently appeared in Commander Legends: Battle at Baldur’s Gate, these tokens don’t expire at the end of combat. Instead, Squad offers the exceptionally powerful ability to generate a substantial board from a single card.

Unfortunately, as enjoyable as Squad is, we imagine it’s far less likely to appear in a future premier set. While generating a token or two is somewhat manageable, Squad can pose some serious logistical issues. Since Squad tokens are copies of creatures, including their abilities, displaying each token correctly isn’t always straightforward. While an LGS or playgroup may have a stack of Citizen, Cat, or Squirrel tokens to use, a ready supply of Vanguard Suppresor tokens feels far less likely. Thankfully, Copy Tokens do exist as a useful alternative, however, they’re not the most elegant solution. It also doesn’t help that the MTG Warhammer 40,000 tokens will all be in short supply since they’re only available via the Commander decks. This scarcity may even lead to Surge Foil tokens becoming some of the most expensive in MTG!

While this is not the first time we’ve seen them in MTG, Flavor Words are also returning in the Warhammer 40,000 Commander decks. Originally debuting in Dungeons & Dragons: Adventures in the Forgotten Realms, these named abilities provide additional flavor to a set’s creatures. After appearing in the Secret Lair Street Fighter crossover, these flavored abilities have become synonymous with Universes Beyond. By adding extra flavor to a creature’s abilities, these Flavor Words let Wizards better encapsulate an IP’s themes and mechanics.

For better or worse, however, Wizards of the Coast isn’t going all in on these flavorful abilities. After being asked if Wizards plans to use named abilities more often, Mark Rosewater revealed that chances aren’t high. “They are much more useful in Universe Beyond sets because they let us capture references from the IP,” Rosewater explained. While MTG’s Vorthos players may be disappointed by this move, others are already rejoicing. “I hate them with a passion,” Tumblr user snarksideoftheloon stated. “I firmly subjectively believe they are objectively bad design.” While they are by no means cataclysmically awful, we don’t expect named abilities to become a mainstay of premier sets. They will, however, likely feature heavily in the Lord of the Rings: Tales of Middle-Earth Draft set.

Read More: How to Break One of Warhammer’s Most Powerful Cards