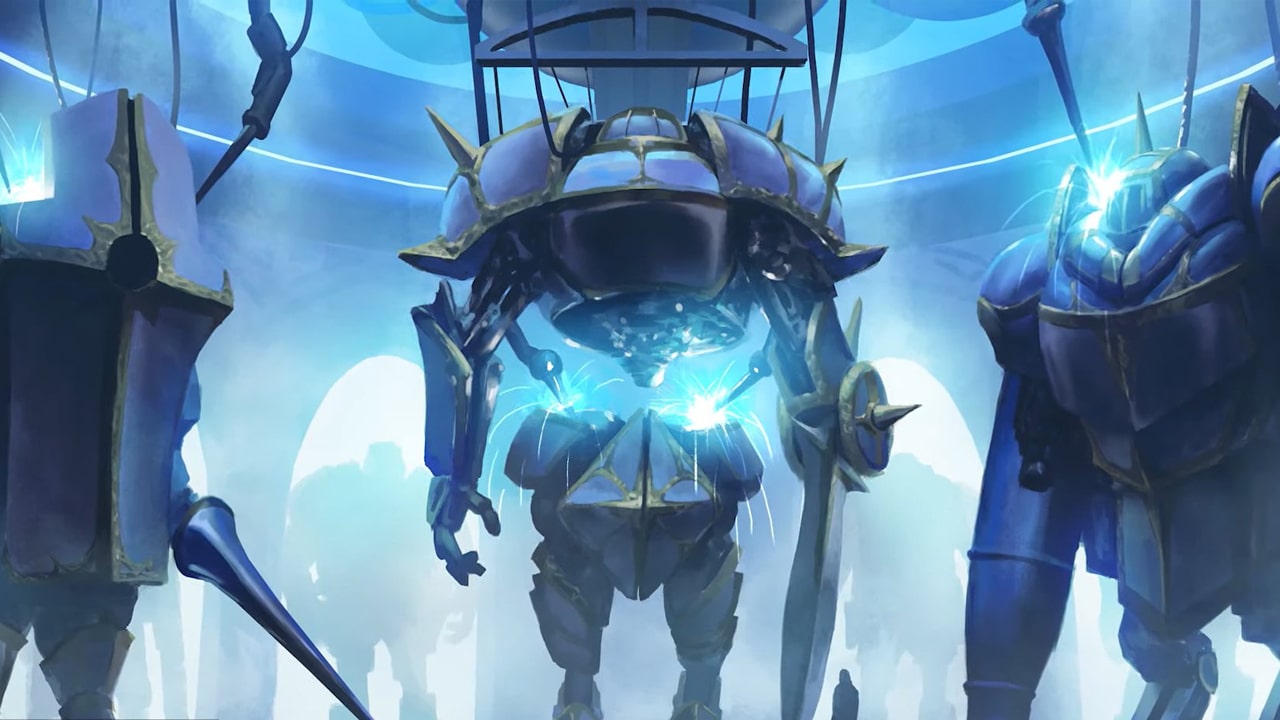 Ahead of The Brothers’ War’s official spoiler season stating, Wizards of the Coast appeared to reveal a very spicy spoiler. During the Building Worlds video for the set, Wizards revealed concept art for Urza Tower. While notably a different spelling from the iconic “Tron” land Urza’s Tower, this reveal still shocked the MTG community. Thankfully, following the initial shock, it was quickly cleared up that the devastatingly powerful Urzatron lands won’t be in The Brother’s War. With this conformation in mind, Standard and Pioneer players could rest easy once more as the formats weren’t about to be completely overwhelmed by a new threat.

Now that The Brothers’ War’s spoiler season is well underway, however, it appears that players’ fears were misplaced. Rather than worrying about returning Urzatron lands, MTG players should’ve been concerned about the new Urza land in The Brothers’ War. With powerful mana-generating abilities, this new land could crack formats open and revive long-dormant and once-devastating archetypes. Mercifully, however, this new threat is contained within Commander, saving Modern from another Eldrazi Winter.

As you can imagine, having a single land that can tap to generate eight colorless mana is strong in any MTG format. In Commander, however, Urza’s Workshop absolutely excels at its intended purpose. As Good Morning Magic host Gavin Verhey explained, Urza’s Workshop is essentially an automatic upgrade for colorless Commander decks. After all, due to Commander’s singleton deck construction, colorless decks are already playing both good and bad colorless lands, such as Ash Barrens. Subsequently, Urza’s Workshop’s ability to ramp into threats like Kozilek, the Great Distortion makes it an obvious choice.

During the spoiler video for Urza’s Workshop, Gavin Verhey revealed that they effectively wanted it to be a no-brainer. “My idea here was that you’re usually playing some of these other cards [Urzatron lands] anyway, so this will fit right in as a land that can occasionally give you two or more mana.” Verhey went on to state that it’s “deceptively powerful as it’s essentially just an untapped land that levels up into more mana later on.” Alongside having Urza’s lands in play, Verhey noted, “you do need to hit Metalcraft, but that should be easy enough, right?”

As we touched upon earlier, Urza’s Workshop is mercifully contained in Commander. Somewhat confusingly, however, the card cannot be found as part of either of the set’s preconstructed Commander decks. Instead, Urza’s Workshop can only be found in Set and Collector Boosters. Nevertheless, Urza’s Workshop is still a The Brothers’ War Commander card, so it’s not legal in Modern. Given the power of Tron in Modern, this is undoubtedly a good thing. However, perhaps Verhey put it best themselves when they said, “thank goodness because wow, **** Tron.”

This sentiment was similarly shared across social media, with players initially fearful of Urza’s Workshop’s powerful implications. Unfortunately, these initial fears were amplified by a slight mistake on Verhey’s part. When posting their video to Reddit, Verhey accidentally claimed Urza’s Workshop was part of the main Standard-legal set by using the BRO expansion code. Thankfully, this misstep would quickly be corrected in the comments. However, not before players voiced their concerns. Reddit user u/JadedRabbit stated, for instance, “I about sh*t my pants imagining this in modern.”

Thankfully, as the speed and complexity of the format has increased, Tron is no longer the dominant force in Modern. Subsequently, the addition of Urza’s Workshop likely wouldn’t have completely turned the format on its head. Modern, however, isn’t the only format that exists in Magic: the Gathering. Therefore, when designing Urza’s Workshop, Gavin Verhey was sure to consult the play design team about its potential in Legacy. In the preview video, Verhey stated that “it got their approval, but who knows if it will break out.” Urza’s Saga already sees some Legacy play, so there is potentially a place for more of Urza’s lands in the format.