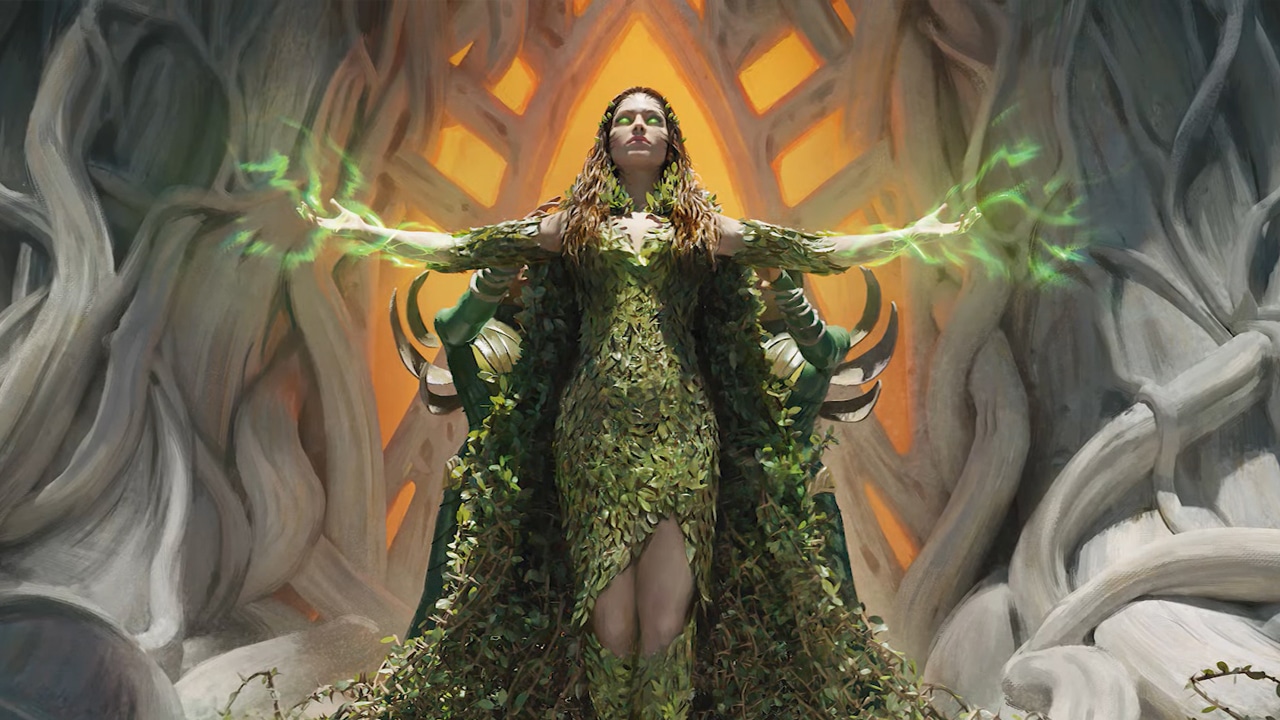 Following yesterday’s reveal stream, the spoiler season for The Brothers’ War has officially begun. Over the next week, Wizards and MTG content creators alike will be spoiling the set’s content for players’ to admire. Alongside the spoilers, Wizards have also announced the contents of The Brothers’ War booster packs to entice players further. Unfortunately, however, some MTG players already aren’t happy with what they might be getting come release day in mid-November. Whether players like it or not, Universes Beyond cards appear to be worryingly common.

Transformers: Robots in Every Pack

Since their reveal late last month, the Transformers Universes Beyond cards have been a controversial addition to Magic: the Gathering. Appearing in the main The Brothers’ War set, many players have been vehemently against this latest crossover rather than launching via a Secret Lair. The damning cries against this crossover only died down when a new controversial foe took the spotlight; 30th Anniversary Edition. Now that The Brothers’ War is in vogue once again, however, the Transformers cards are receiving complaints once more.

With a plethora of ways to get your hands on the Transformers crossover cards, many players are already expecting them to be next to worthless. Certainly, by having guaranteed spots in Collector Boosters, players shouldn’t have to worry about supply outstripping demand, at least. That’s not to say that all the Transformer cards will be worthless, however. Transformers Shattered Glass cards are expected to be significantly more valuable, with prices potentially in the thousand-dollar range!

Unsurprisingly given the backlash following the announcement of The Brothers’ War’s Transformers cards, players aren’t too happy about the frequency they appear in packs. On Reddit, for instance, user u/Fractured_Senada claimed “zero interest in the Transformers cards. Pretty bummed Universes Beyond is making its entry into normal sets.” In their defense, u/Killericon correctly stated that “we’ve had Godzilla and Dracula cards in Standard Set Boosters before now.” While technically correct, the Universes Beyond Transformers cards are somewhat different since they currently have no Universes Within counterpart.

Besides the complaints about Transformers cards being found in Set Boosters, players weren’t happy they’re included in Collector Boosters. Some users, of course, just detested the frequency they’ll be seeing these supposedly undesirable cards. User u/serioussham, for instance, bluntly stated that they “absolutely hate that collector boosters have a Transformers card.” Other users, however, complained that the most prized variants of these cards aren’t nearly common enough. “Bummed about the Shattered Glass Transformer foils being like Neon Ink Hidegetsu in rarity,” u/Deathavails stated. “That sucked to read.”

Expanding upon this point, user u/GlorySeer noted “they even try to frame it like it’s a challenge rather than just an attempt to get people to gamble more. It sucks for the people who enjoy that franchise and wanted to grab them.” As if to specifically prove that point, u/ZeroAurora bemoaned how “this is so disappointing. I love the cross IP and ours really the first time this sort of thing hits my non-existent ‘collector’ side rather than the player side of me. […] I was really looking forward to having the whole set in the SG art and either I just won’t be able to do it or I’ll be giving up an arm and a leg.”

Not All Bad News

While players were upset with the Universes Beyond Transformer cards for a variety of reasons, there is still cause to be excited about opening The Brothers’ War Boosters. Retro Artifacts, for instance, appear in every The Brothers’ War Booster and should provide a good deal of extra value. If you’ve not heard of them before, Retro Artifacts are similar to Strixhaven’s Mystical Archive, a collection of 63 interesting artifacts from across Magic’s past in a retro frame.

As if the chance at Wurmcoil Engine wasn’t alluring enough, Retro Artifacts may also appear as “Schematic Artifacts.” If the unique art of the Schematic Artifacts isn’t enough for you, each of the Schematic cards also has 500 serialized versions. Currently, the implications of this new serialized product are unclear. However, players expect them to be expensive. For better or worse, it looks like The Brothers’ War Booster packs will be absolutely crammed with potential value.