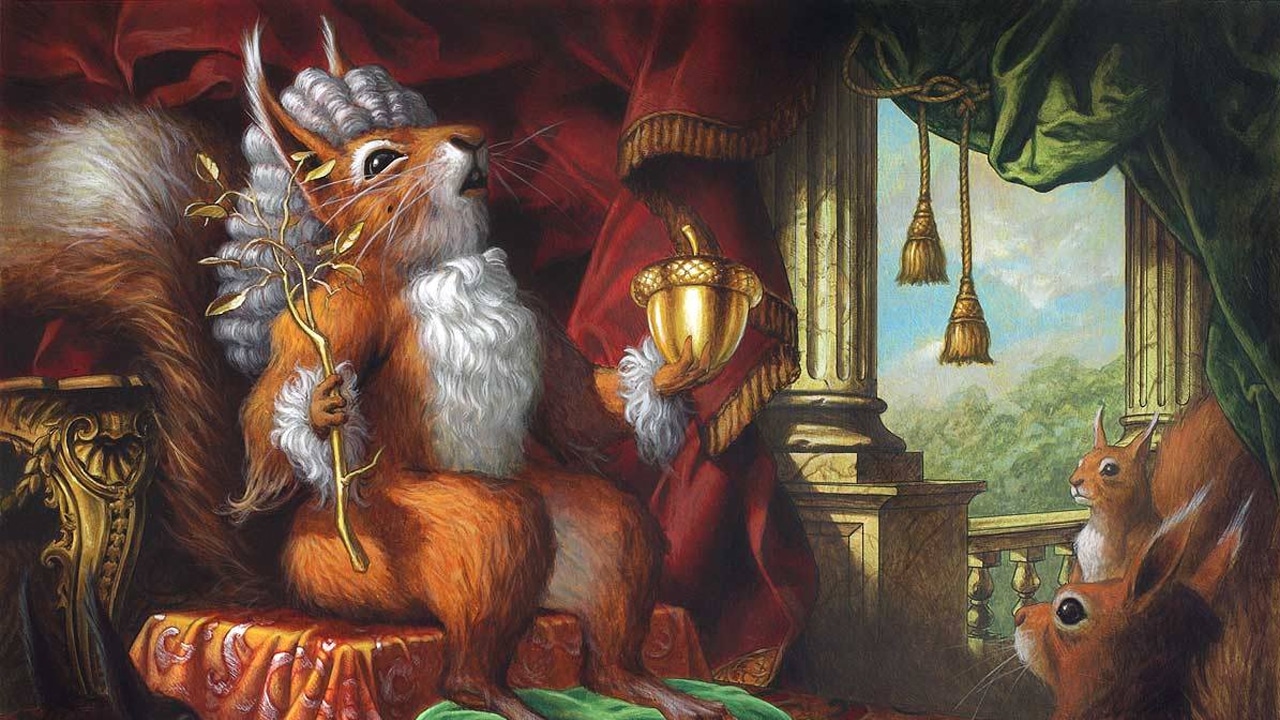 Throughout MTG’s nearly 30 years of life, Wizards of the Coast have created a lot of cards. To date, MTG currently contains over 24,000 unique cards that are legal in Eternal formats like Commander. Despite having a huge number of cards to play with, the variety within MTG is still somewhat lacking. This has left MTG players wanting a little bit more out of Magic throughout recent sets. Out of the 24,199 Commander legal cards released, for instance, 3,055 of these cards are boring ol’ humans. That’s roughly 23% of all available creatures within the format.

In comparison, the hugely popular Elf tribe only has 519 Commander legal creatures, making up just 3.9% of the format. While this is more than enough to fill out a Commander deck, some creature types struggle to do even that. There are only 38 Commander legal Myr in existence, for instance, and a Legendary Myr is only finally being printed in Phyrexia: All Will Be One. Subsequently, since so many creature types receive dismal support, it’s no surprise that MTG players are requesting more variety.

For once, this point of discussion wasn’t brought up by a curious MTG player asking for more unique tribal support. Instead, MTG’s Lead Designer, Mark Rosewater, has recently been playing with a new Tumblr feature on their blog, Blogatog. Utilizing the poll feature, Mark Rosewater has been canvassing player opinions to find out their thoughts on the current state of the game. The first of these questions was the rather harmless and whimsical “how often should we have Squirrels in sets?” As one of Rosewater’s favorite creature types, to the point that Blogatog questions occasionally get answered by “Sally” the squirrel, this question definitely felt somewhat self-motivated. Despite this, however, MTG players were quick to concur with Rosewater’s desire for more squirrels.

Out of the 1531 Blogatog readers who answered the poll, 39% of players stated squirrels should appear “once a year.” Somewhat remarkably, this majority opinion is only slightly ahead of the desire for squirrels in “every premier set.” Receiving 35% of the vote, it’s clear that MTG players, or Blogatog users at least, really love filling their decks with cute and cuddly critters. Commenting on the poll, some Blogatog users like Emrylurkeroftheloch even joked that squirrels being in every premier set isn’t enough. “Not only should squirrels be in every premiere set, they should have mini sets that are just reprints of notable squirrels. Squirrel Masters.”

While almost 75% of Blogatog users wanted more squirrels yearly, not every Question Mark was so keen. Out of these Question Marks, users like Silverhawkpx45 highlighted it’s not the frequency of squirrels that matters but the quality. This is ultimately key to making a tribe a success and viable in all but the most casual Commander games.

“I think there’s a big difference between putting a random squirrel card in a set and actually giving the tribe meaningful support. Tragically, Unfinity of all things stumbled in this regard and only printed like 2 squirrels, both with heavy ties to set mechanics, and 2 squirrel token generators, one of which is acorn stamp and the other is RW, so not in colors where you’d traditionally run squirrels.”

Alongside causing a stir on Blogatog, Rosewater’s poll was also posted to Reddit, where it took on a new life. Rather than diligently discussing the squirrel population’s intricacies, Reddit users highlighted how Squirrels aren’t the only tribe lacking support. Reddit user u/StarGuardLux, for instance, proclaimed, “Screw squirrels. Give me dinosaurs. Doesn’t matter if it doesn’t fit. Techno-Rex in Neon Dynasty. C’mon, I’m practically printing you money here Wizards.” Similarly, u/Simon_Jester88 highlighted their own desires, stating, “I’m more interested in Griffon tribal becoming a reality.”

As we’ve seen previously from similar questions being pitched to Mark Rosewater, MTG players each have their own desires. If it’s not squirrels being requested as the creature type du jour, it’s Slivers, Soldiers, or even Squid. Since there are so many different creature types in MTG, there is no end of suggestions to be made. Because of this, some players, such as u/kitsovereign, have claimed that Wizards has been squandering its myriad creature types.

“I think Magic underutilizes many of its animal types in general. I can’t blame them for using Bird and Bat (flying is useful!) or Cat and Dog (both very popular). But like, why is it always Rhino this, Elephant that? Squirrel’s historically been a contentious battleground, but also – Rabbit has been underserved for ages. You make Mouse a type for some reason (I think “white Rat” would have had a very cute flavor but nooope), and now there are, like, three Mice cards. Three Otters. You make raccoonfolk a part of New Capenna worldbuilding and then only make two of them? …And then five new Rhox lol, because of course. We’ve got five Pangolins and nine Slugs, surely some of these fresh faces can have at least that many.

Even the sets with more adventurous creature types like Strixhaven and New Capenna are starting to feel kinda samey, because they’re still absolutely lousy with Humans and Elves, and because the animal-folk tend to fall back onto tried and true types that Magic’s done a bunch of already.”

Thankfully, while MTG has been chockablock with humans recently, a potential respite is on the horizon. After the ongoing Phyrexian Arc, MTG will be headed back to more relaxed planes. Hopefully, offering a change of pace, Wilds of Eldraine and The Lost Caverns of Ixalan should be a perfect place to give some niche thematic tribes some overdue support. That is, so long as these planes have not been royally screwed up by Realmbreaker activating during the Phyrexian Arc. Hopefully, these returning planes will be a welcome break from multiverse-ending threats, as, according to u/NRod1998, that’s exactly what Magic will need.

“Magic is starting to suffer from one of the problems that a lot of long-running fantasy stories have, every new expansion keeps throwing a bigger and crazier threat at our heroes. Once Phyrexia’s story wraps up, it would be nice to have sets that are more laid back in story. When we get to that point, silly tribes will be more welcome than ever I think.”

Ultimately, while MTG players may want to request a plane of nothing but squirrels, there is an easy solution. Pointed out by several players across Tumblr and Reddit, Wizards should simply use creature types that fit a plane thematically. Allowing for an increase in variety, this implantation would stop niche creature types from feeling haphazardly crowbarred into a set. Tribal support using this method may take some time. However, Wizards should hopefully, eventually, get the job done. Judging by the new tribal Myr in Phyrexia: All Will Be One, Wizards is aware of player demand, after all, no matter how niche.

“[Squirrels] should be the same as any other animal type. Used every once in a while to help flesh out the “wilderness” of a plane, but no need to make a concerted effort to include them. They don’t need to be actively avoided, but you also don’t need to make a song and dance about it.”