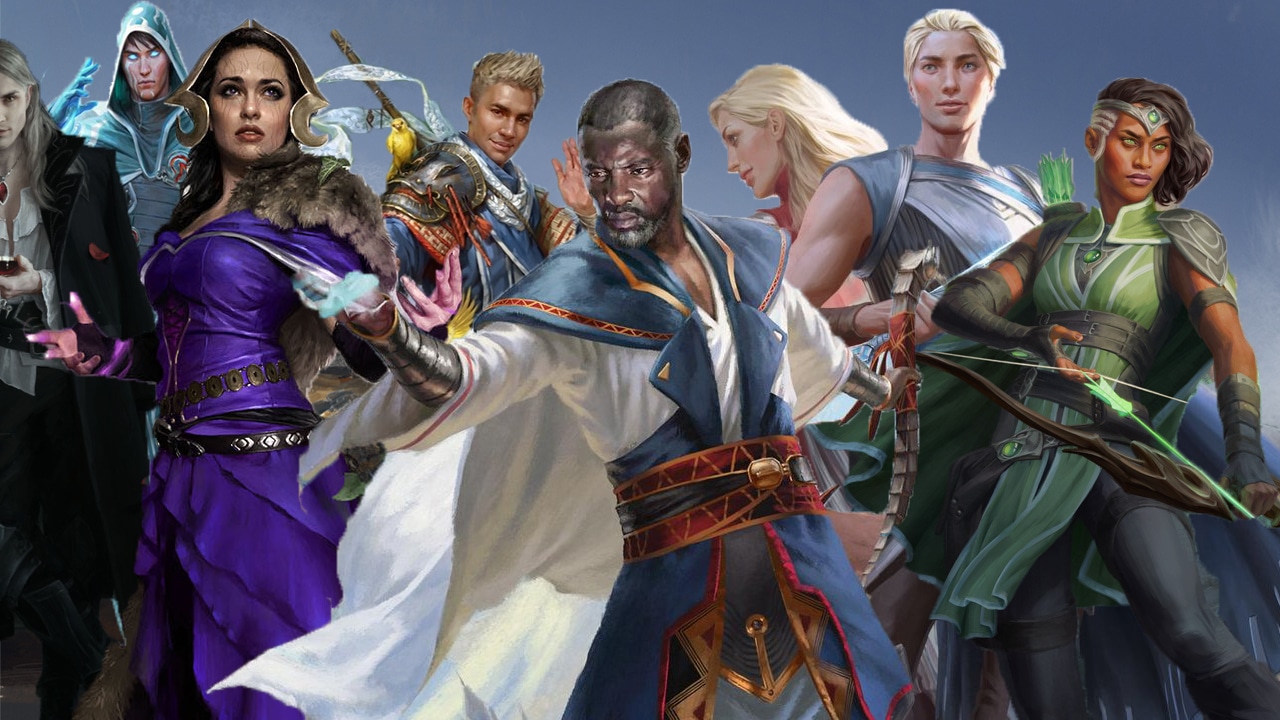 Are MTG Planeswalkers Too Boring?

As some of the most potent and influential cards in Magic: the Gathering’s storied history, there’s no doubting the importance of Planeswalkers. Despite their importance, however, many Planeswalkers in MTG are frightfully boring. As a game that spans countless unique planes, Magic’s most marketable figures are somehow mostly just boring ol’ dudes. Is it about time that was changed?

Wizards of the Coast has already proven that they can make Planeswalkers interesting. For instance, Arlinn Kord, and Wrenn and Seven, are humanoids with their own unique flare. Kaito Shizuki and The Wandering Emperor, however, are just two more dudes added to a seemingly endless pile of Grand Master of Flowers and Tyvar Kell’s.

Thankfully, Planeswalkers in MTG might not always need to be so boring. As Wizards has already proved with Ugin, Planeswalkers don’t even need to be human adjacent, after all. This theoretically leaves the door open for all kinds of fantastical creatures to be Planeswalkers. Magic: the Gathering’s Lead Designer, Mark Rosewater, was recently asked about this possibility via their Tumblr Blogatog.

Rather than requesting another anthropomorphized character to replace Ajani, wildcardgamez instead asked for “a Planeswalker who is just like, a cat or a dog?” Not a Leonin like Ajani or Merfolk like Kiora but literally a “little fluffy dog or cat” who travels the multiverse. According to wildcardgamez, a character like this would be an instant classic, and they’re not alone in that opinion.

Somewhat surprisingly, Mark Rosewater didn’t outright dismiss this idea. Instead, Rosewater turned the tables and pitched the idea to Magic’s community, asking, “anyone else want such a thing?” In response, players were quick to share their love and disgust at the idea of a more whimsical Planeswalker. While there were those condemning the idea, stating that it “doesn’t even make sense,” the prevailing opinion appears to be a loud and enthusiastic “Yes!”

On top of those stating, “yes please, we have way too many humanoids,” Rosewater was inundated by suggestions of what to create. “ Absolutely yes, if it’s a raccoon… but also yes for anything else; less humans imo. I see those things literally every day,” one user commented.

Another user, secretdreamprincess, stated Wizards should go beyond just making an animal a Planeswalker. “I want a story from their perspective. Imagine one of those rescuing dogs that has some sort of danger sense and goes where people need them. A cat that spies on what the other walkers are doing with a perfect disguise. A snake that tricks Liliana into a contract. A squirrel that takes up the Blackblade in Gideon’s stead.”

Ultimately, it appears that we will be stuck with a familiar roster of Planeswalkers for the time being. With Magic’s following four sets dominated by the Phyrexian arc, we probably won’t see many new characters until the Wilds of Eldraine in 2023. How cool would it be to see a Phyrexian Preator as a Planeswalker?

If it’s not already being planned for a future set, we’ll also have to wait a while for a chance at animal Planeswalkers in MTG. With the development of sets typically taking years from vision design to printing, we may not see an adorable multiversal cat or dog until 2025. However, if they’re as adorable as many players are hoping, those years will be well worth the wait.