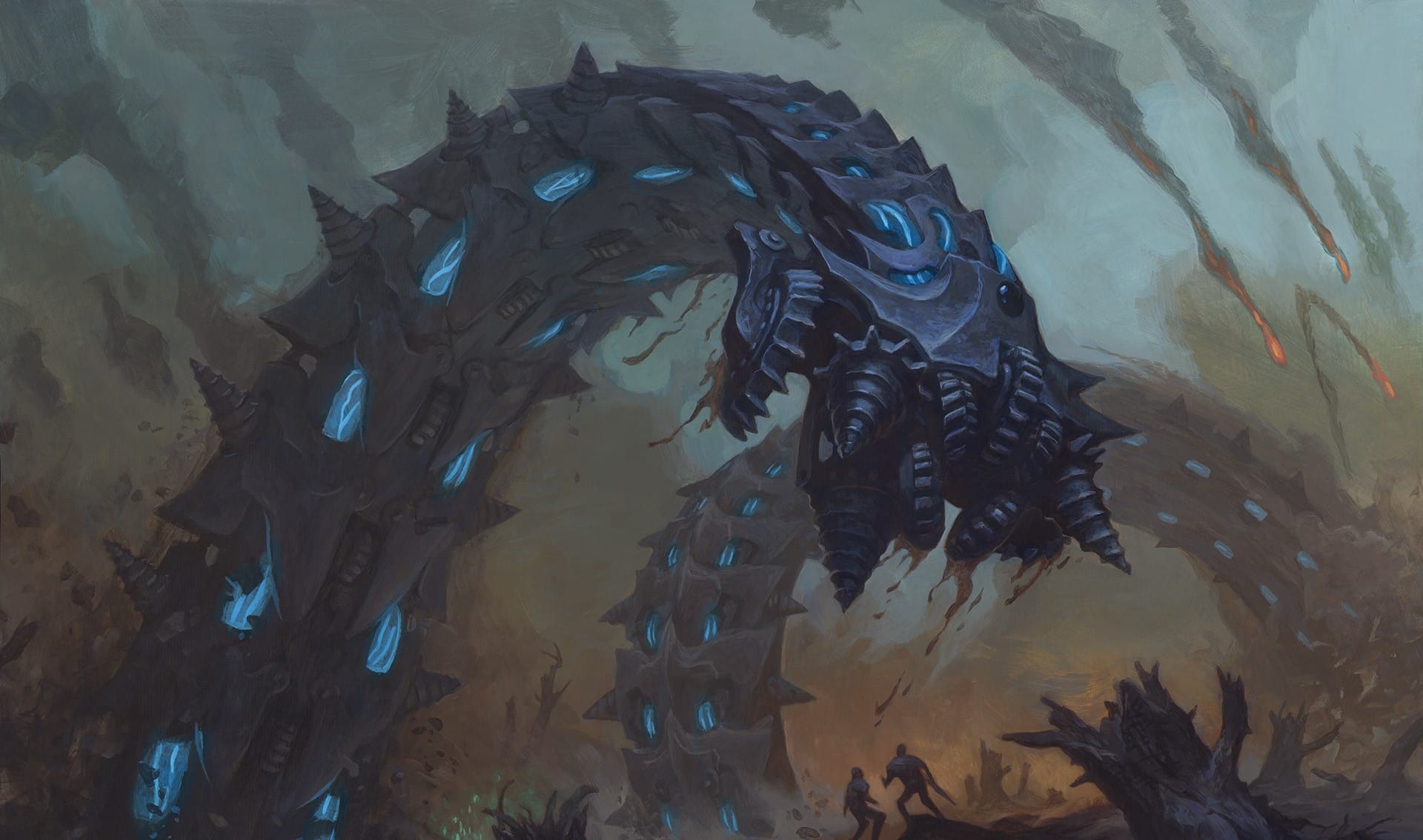 MTG's Most Powerful Artifacts Return in The Brothers War!

Alongside some incredible new spoilers that look to shake up MTG as we know it, an old twist is returning to The Brothers’ War in a new way. Schematics, much like the Mystical Archive cards from Strixhaven, showcase some of MTG’s most powerful artifact cards in history. These will be available in each pack of Brothers’ War. This means that, while they will influence the Draft format, they will not have a change in legality because they are being reprinted. With that said, let’s look at the new Brothers’ War MTG Schematic cards!

“We wanted to make sure that every pack contains a little bit of Magic’s history,” states Max McCall, the product architect for The Brothers’ War. With that statement comes the MTG Schematic cards, a collection of some of MTG’s most powerful artifacts done up in the old-bordered treatment. Showcased in some of the Secret Lair bonus slots previously, this sort of blueprint style of artwork showcases the works of characters and artificers from The Brothers’ war as they imagined them.

Regarding the quality of reprints, Ashnod’s Altar is a slam dunk. This card has not seen many recent printings, and it’s been creeping up in price as a result. A reprint that knocks down a card’s worth due to newfound accessibility is precisely the cards that Wizards of the Coast should be reprinting. While the infinites this card will fuel may be painful, this is a fantastic reprint regardless.

This card has been the bane of many MTG players’ existence. When combined with the double-sided Land cards from Zendikar Rising, Goblin Charbelcher is capable of killing people out of nowhere. This could still be a fun card in Limited in a red deck, as recurring amounts of heavy damage is no joke.

Charbelcher is an incredibly fun effect to take advantage of, but it does not have a ton of value on the secondary market.

If I were to design a Commander for MTG, I would want a card that allows you to include as many Ornithopters in a Commander deck as you may care for while also having some Ornithopter-related payoff. So many premium variants and different artworks of this card exist now. Don’t be fooled by this card’s simplicity! Ornithopter sees a substantial amount of Modern play. While Ornithopter may not be one of the most powerful cards in MTG history, it is one of the most iconic.

This card has been spoiled in multiple variants before for The Brothers’ War, but it is an excellent opportunity to showcase how these MTG Schematic cards are going to work in your Brothers’ War packs:

“63 artifacts from across Magic‘s past in the retro frame. Some are appearing for the first time in the retro frame, and some have been here before, but they’re all ready to slot in your favorite deck. Eighteen uncommons, 30 rares, and 15 mythic rares. Each Set and Draft Booster contains a retro artifact. Collector Boosters contain retro artifacts as well.” – Wizards of the Coast

As mentioned in Wizards of the Coast’s breakdown, MTG Schematic artifacts can also show up in all Brothers’ War booster packs. If you want to find the pack odds for these cards, they are available here. There is also a chance to get an extra Retro or Schematic card as the bonus slot of a Brothers’ War Set Booster as well. As for the serialized card pictured above, we already wrote an article about it.

While this card was previously spoiled, Howling Mine should be another exciting effect to take advantage of in Brothers’ War draft. This card has a minor secondary market value due to Commander use, but expect that to flatten out for a while with this reprint.

Howling Mine does its best work in a deck that can tap it consistently. This can work as a relatively inexpensive draw engine that can garner favor with a Commander table when necessary. That said, to break parity with your opponents, you should be able to turn it off when necessary.

This taxing creature is a walking equivalent to Pithing Needle. While this card cannot screw a Fetch Land over, it can present a clock on its own. The danger here is that Phyrexian Revoker is a much easier card to kill than the other options that do the same thing.

Recently spoiled in its Serialized form, Gilded Lotus seems like a fun inclusion to the artifact reprints coming to Brothers’ War. This Commander favorite will likely be a hot commodity amongst MTG’s biggest fans in its numbered form. While we’re not entirely sure what this will do to the market, we have somewhat of an idea.

What Else is Coming?

A TON of cards have yet to be spoiled for the Retro or Schematic list of artifacts. While recent tips suggest that we won’t see any ‘Urza land’ reprints, the possibility of what we could see is endless. Who knows? Even Blightsteel Colossus may be visiting your Draft games from time to time! With the set’s themes, it certainly seems like a possibility.