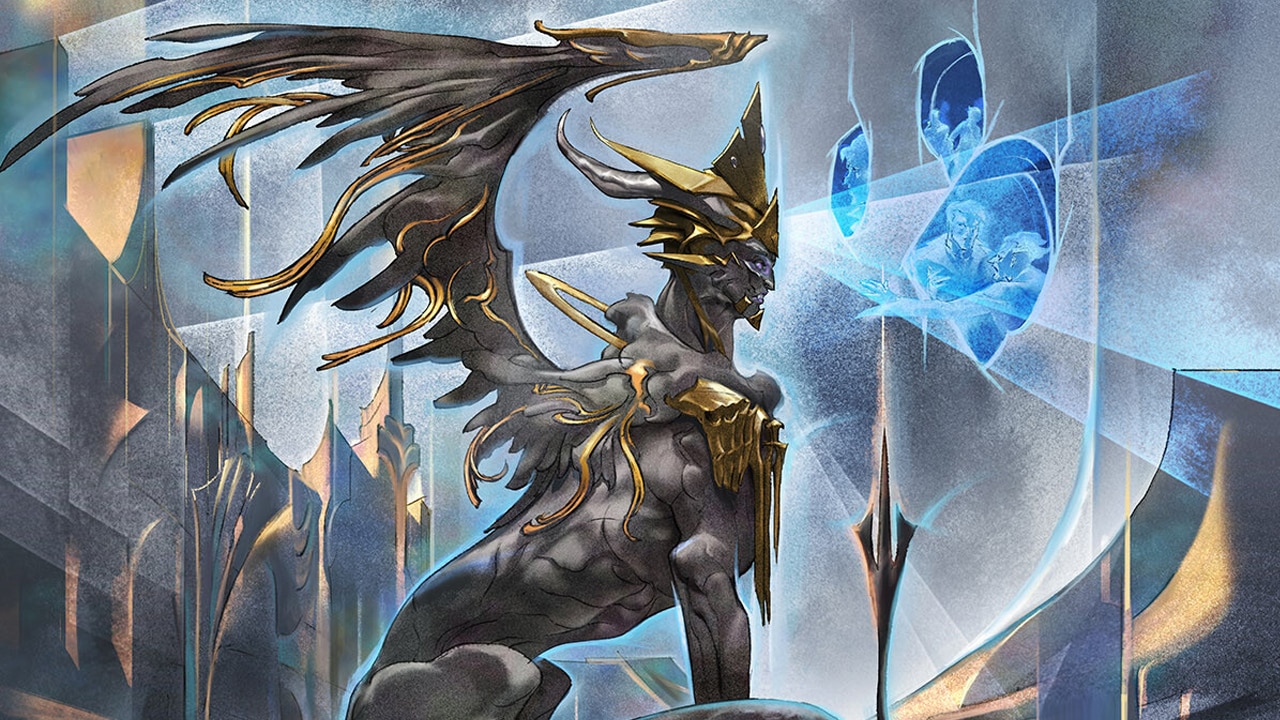 Despite Recent Bans, MTG Format Is Still in Trouble

Since the release of Dominaria United, Standard has been in a bit of a bad place. In the weeks after release, all anyone played were black decks, maybe with a splash of red if you were feeling really fancy. Thanks to the introduction of new powerhouse cards such as Evolved Sleeper and Sheoldred, the Apocolapyse, there seemed to be no stopping the dominance of black decks. Thankfully, after the initial surge in popularity, savvy MTG players solved Standard somewhat and introduced more variety. However, the format slowed to a crawl in combatting the range of threats available in Standard. Almost every tier 1 deck was part of a grueling midrange soup that could often be unsatisfying to play. To try and combat this soupy slog, Wizards of the Coast had a trick up their sleeves, surprise MTG bans.

As we discussed previously, Wizards’ reasoning for this ban is slightly strange. Typically, when it comes time to ban a card, it’s obvious which card needs to go. Omnath, Lotus of Creation was absolutely everywhere, Faceless Haven was practically faultless, and let’s not even get started with Oko, Thief of Crowns. However, for Standard’s latest ban, Wizards admitted that “no single black card stood out as a major power outlier.”

Nevertheless, something needed to be done, so Wizards decided that “banning The Meathook Massacre was the best choice.” Wizards states, it was “one of the most powerful black cards in the format,” however, that wasn’t the only factor. In their assessment, Wizards also noted it “has had its time to shine in Standard for over a year.” This left many MTG players questioning Wizards’ motives about why specifically The Meathook Massacre was banned.

Was the Ban Actually Good for MTG?

Regardless of Wizards’ motives, The Meathook Massacre ban has happened, and Standard was shaken up as a result. The question remains, however, was this ban actually a good thing for Standard and MTG as a whole? Answering this properly requires looking at a variety of factors. However, to cut a long story short, yes, this ban appears to have fostered an overall healthy change in the Standard meta… kind of, at least. Ultimately, despite The Meathook Massacre supposedly being a decisive ban, not much has really changed.

Compared to the state of Standard before the ban, the variety in Standard has undoubtedly improved. According to recent data on MTGDecks.net, currently, Standard features 11 tier 1 archetypes, with Rogue decks also being viable. However, most of these decks weren’t specifically held back by The Meathook Massacre running amok in Standard. Instead, these decks have merely risen in prominence now that black’s wings have been clipped somewhat, making it a less popular choice. That’s to say that midrange decks are still the most popular choice in Standard, so the midrange soup lives on.

While Standard isn’t short on choices for removal, many players presumed The Meathook Massacre’s ban would mitigate this soupy slog. Since The Meathook Massacre excelled at removing low-toughness targets, there were even concerns this ban would lead to aggressive MTG decks dominating the format. This presumption, however, has proven to be somewhat premature as only ultra-aggressive Red Decks Wins lists have risen in popularity. Similarly, like midrange soup, this archetype wasn’t majorly affected by The Meathook Massacre’s removal. Midrange strategies are still coming out on top, just like they used to.

More of the Same

Ultimately, even after The Meathook Massacre got massacred and taken out of Standard, not much really changed. Midrange soup remains dominant within the format, as aggressive decks cannot keep up. This may not be the result many players were hoping for. However, it’s also not entirely a bad thing. As we mentioned before, Standard is now a lot more diverse thanks to black being just a little bit weaker. Therefore, Wizards has accomplished its goal to “keep Standard enjoyable and trending toward an even healthier spot going forward.”

In the competitive scene, however, The Meathook Massacre getting banned has brought back a familiar foe. Impressively dominant before the release of Dominaria United, Esper Connive decks are back in fashion. Primarily built around Raffine Scheming Seer and now beefed up with Sheoldred, the Apocolapyse and Destroy Evil Esper Connive decks are proving popular once again. For instance, in the recent October 2022 Qualifier Weekend, over half of the 4+ win decks were Esper Connive/Midrange. This impressive record could result in a new old threat dominating Standard once again if Wizards don’t take action.

Thanks to the recent ban being successful successfully broadening the casual meta, it’s possible Wizards may implement similar bans in the future. Rather than purely banning out of necessity, Wizards may instead ban cards to facilitate a “little shakeup,” to Standard. Since Standard is falling out of favor, these occasional boosts in diversity may help to keep the format alive. Equally removing fan favorite and popular cards on a whim may spell the end of the format’s paper play entirely. Personally, we’d doubt Wizards would unabashedly commit to this idea, however, the precedent is there to support future tests.