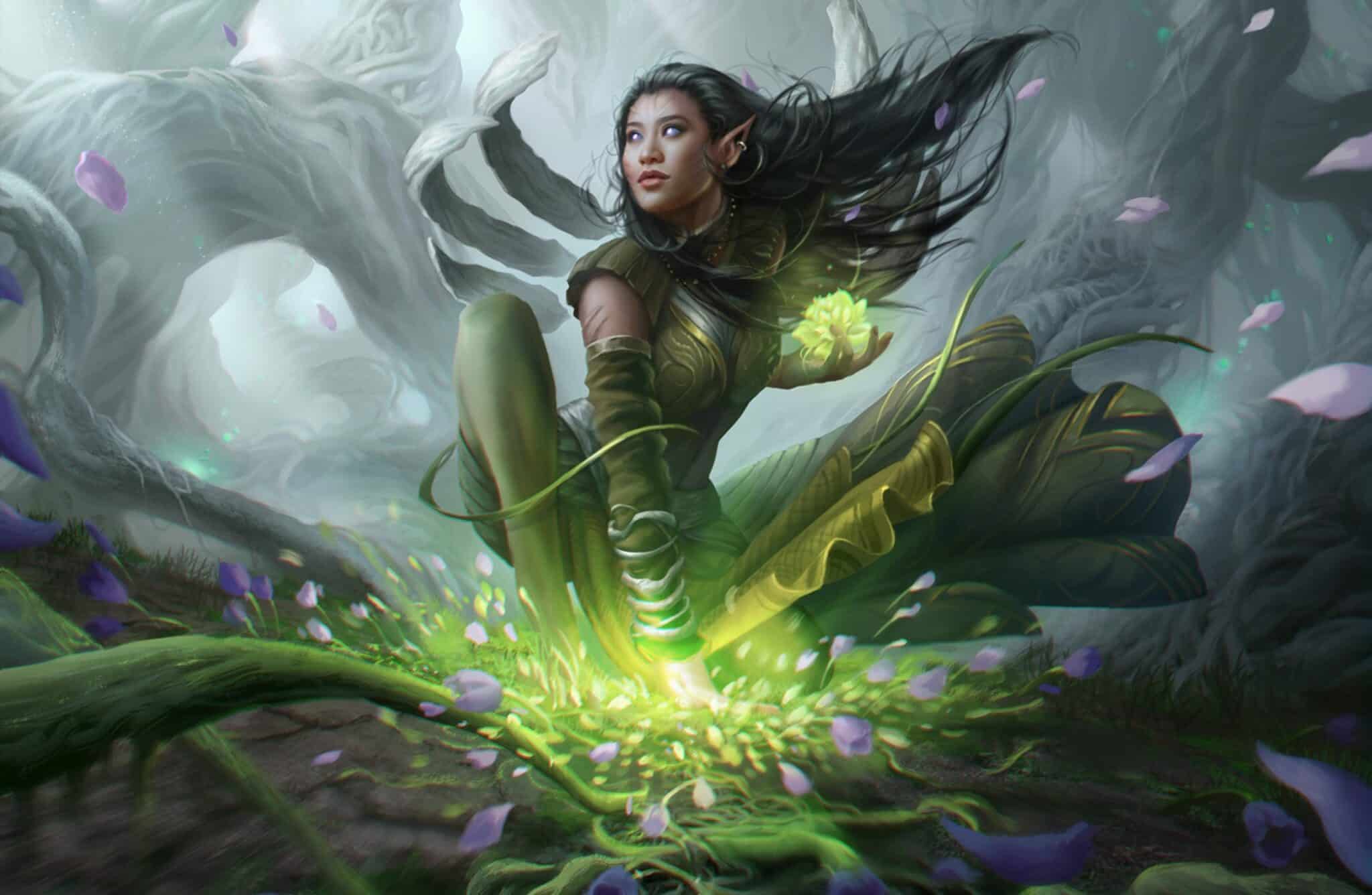 As of Friday, November 4, the entire list of Brothers’ War cards has been spoiled! Now that we know everything that is coming in The Brothers’ War, we can look at what cards may impact MTG’s most popular format the heaviest! Not many of these cards will be in the main set, and that’s because Commander has received a ton of support in The Brothers’ War! That said, there will be some surprising cards that make our list! Here is our take on the top five MTG best Brothers War Cards in Commander!

Boros now has a two-card infinite combo that you can execute with as little as three mana. As long as Dockside Extortionist produces at least six treasures upon entry; you essentially have infinite mana and infinite ETB triggers for artifact tokens and creatures. Producing six treasures in a four-player Commander game is a much easier ask than you might expect.

There are a ton of other infinites you can pull off with this but, but any deck that wants to recur creatures will be interested in this enchantment. Personally, I could see this having a place in my Gorion Adventures deck.

Disciple of Caelus Nin is an incredibly powerful effect that hoses one of the most overused get-out-of-jail-free options used in the format. This card immediately restores parity to an out-of-control board and hilariously punishes someone trying to Phase Out with Teferi’s Protection.

The only downside to the Disciple is when it doesn’t catch someone who’s totally Phased Out; it’s an easy creature to remove. That said, there is a lot of politics to be had with this if it’s keeping a greater evil at bay. Notably, if you want to get your hands on the Disciple for yourselves, you’ll only find them in Set or Collector Booster packs.

Urza’s Workshop is a strict upgrade for colorless Commander players. Based on the UrzaTron decks that were once a dominant force in Modern, Urza’s Workshop is a land that offers to scale as Metalcraft is met (and more Urza Lands are put into play). Besides not tapping for a color, Urza’s Workshop has no actual downgrades. Honestly, it’s good that this card isn’t Standard legal because many players worried that the return of Tron lands would ruin some formats. Like the disciple, this Commander exclusive is only found in Set and Collector Booster packs.

Players saw this card and immediately started to collectively lose their minds. Sure, anything that talks about turning lands basic starts a Blood Moon panic, but this card’s effect is far beyond what that card is capable of.

To be clear, Rootpath Purifier turns all the lands you own into basic lands. Unlike Blood Moon, nothing else about those lands change. This allows you to do some pretty absurd things, like search for Field of the Dead with an Evolving Wilds. This also makes Back to Basics and Blood Moon a one-sided hate piece that will completely dominate most tables… while also getting your friends to hate you. Honestly, as long as you have enough search effects for basic lands, this card is worth playing in your 99. That said, the ceiling on this is extremely high. As most of the good Commander cards in The Brothers’ War are, you will only find this card in Set and Collector Booster packs.

Machine God’s Effigy might be a strange card to put in the top spot, but there have been many strong arguments from the community as to why this is the EDH sleeper of the set. If you’re interested in finding one of these cards for yourself, they are available in the Mishra’s Burnished Banner Commander deck.

There are a lot of two-card infinites with things like Devoted Druid, and Machine God’s Effigy is one without a downside. As long as it gets to enter as a copy of the druid, this will create infinite green mana until it dies. You can also have this enter as a copy of ETB cards like Dockside Extortionist or Astral Dragon to get extra value. Either way, any deck that has creatures with strong ETB effects or untap effects has the potential to get absolutely broken by this card.