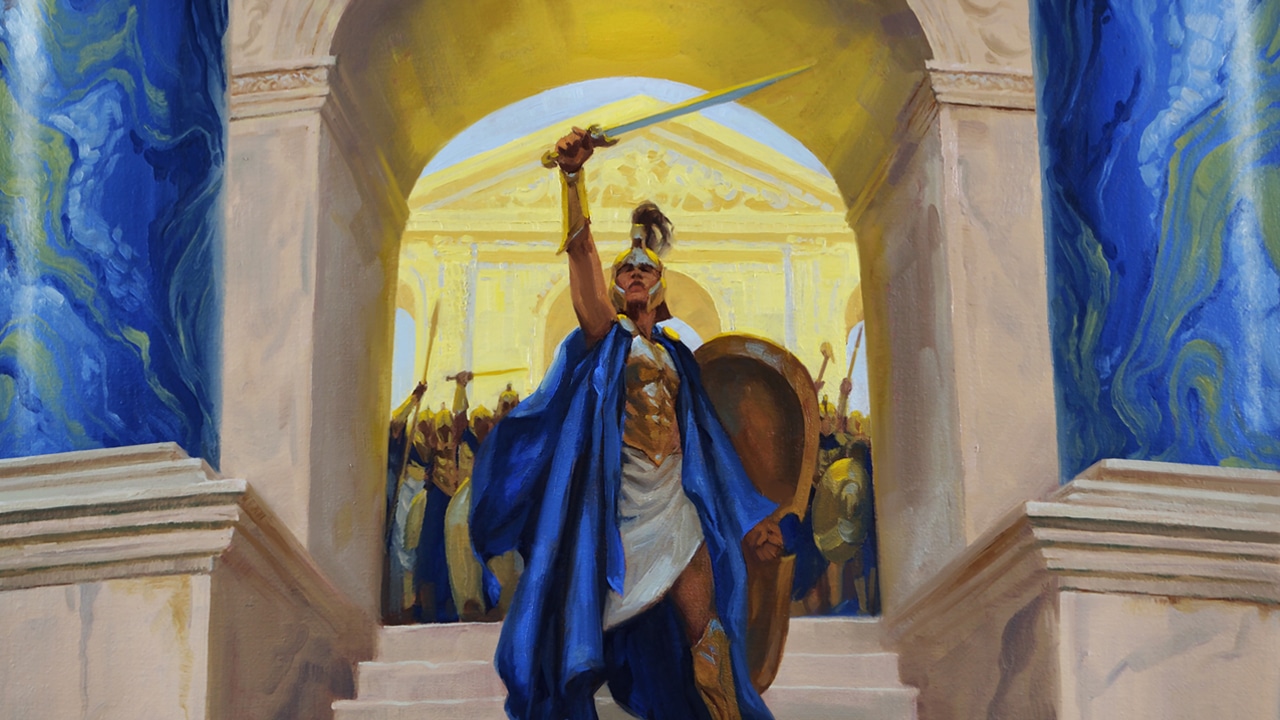 Come Back Gladiator, We Miss You Already

After disappearing from the limelight at the end of the weekend, Arena players quickly took to asking for its return. While this isn’t uncommon for Arena’s briefly available formats and events, requests for Gladiator’s return even reached Magic’s Lead Designer. In a “not really a question” posed to Mark Rosewater’s Blogatog, a user hoped that Wizards could “make the format a permanent queue option or at the very least a regular recurring event”.

Responding to the question, Mark Rosewater provided a surprisingly simple and absolute answer of “can do.” For better or worse, this appears to confirm Gladiator’s return to MTG Arena in the near, ish, future. As much as it’s nice to get confirmation from Magic’s Lead Designer, it’s not entirely surprising that Gladiator is returning. After all, Wizards of the Coast likely planned Gladiator’s first appearance to be a test for future outings.

Regardless of Wizards’ intentions, it’s understandable that players would like to see the return of Gladiator. As a 100-card singleton format, Gladiator offers a compelling amount of variety, similar to Commander. Unlike Commander, however, Gladiator doesn’t have the safety net of the titular Commander to build a deck around. Instead, MTG Arena players have to get creative with almost every card on the platform.

Didn’t Quite Stick the Landing

For as much as there were those celebrating the successes of Gladiator, the new format also had plenty of detractors. Primarily, however, the complaints of these players weren’t targeted towards the format itself, but rather, Wizards of the Coast. The leading cause of concern for the somewhat baffling decision to run the Gladiator weekend as a best-of-three event. As a format without sideboards, this choice frustrated many players, who lamented the lack of ability to adapt to an opponent’s deck.

Alongside the best-of-three game mode, players also complained about the preconstructed decks offered to players for the event. Contrary to what you might expect, the preconstructed decks required players to use their own cards. This meant heard earned wildcards would need to be spent should a player not own every card in the deck. Ultimately, this barrier to entry may have prevented many newer players from getting to sample the event, which is a crying shame.

Because having fun with a new format isn’t enough on its own, players also complained about Gladiator’s rewards. While the actual reward of two individual card rewards was more than enough to satisfy players, their implantation, once again, left much to be desired. Due to the best-of-three format, players found themselves unnecessarily struggling and spending excess time trying to grind for wins.

Despite these complaints, Gladiator’s actual format seemed well received. With changes to how Wizards present the format, they could have a hit on their hands. Since people are actually playing it, Gladiator certainly seems a lot more popular than Brawl, even if it is my personal favorite format.

The Times Are a Changing

Now that Gladiator has had its time in the sun, we’re left aimlessly waiting to see when it’ll next return. In the meantime, however, Arena has another exhilarating format to enjoy; Cube. Until the release of Dominaria United on Arena, September 1st, Arena Cube offers players a truly unique Draft environment. As Wizards explain themselves, “in this event, you open and pass around packs like a typical Draft, only the card pool isn’t a single Magic set, but rather a selection of some of the best cards available in MTG Arena.”

For better or worse, Arena Cube is a phantom event, so you won’t keep the cards you draft. Despite this, players must hand over 4,000 gold or 600 gems as an entry fee. Thankfully, you’re not just paying for the thrill of what might just be the best draft environment on Arena, as there are also prizes on offer. Ranging from just a couple of individual card rewards to 6,000 gold, we’re certainly hoping Arena Cube can stick around in the long run. We also wouldn’t complain about cards being balanced just for Draft to make the whole experience better.

Read More: New Dominaria United Spoilers May Change MTG as we Know it!