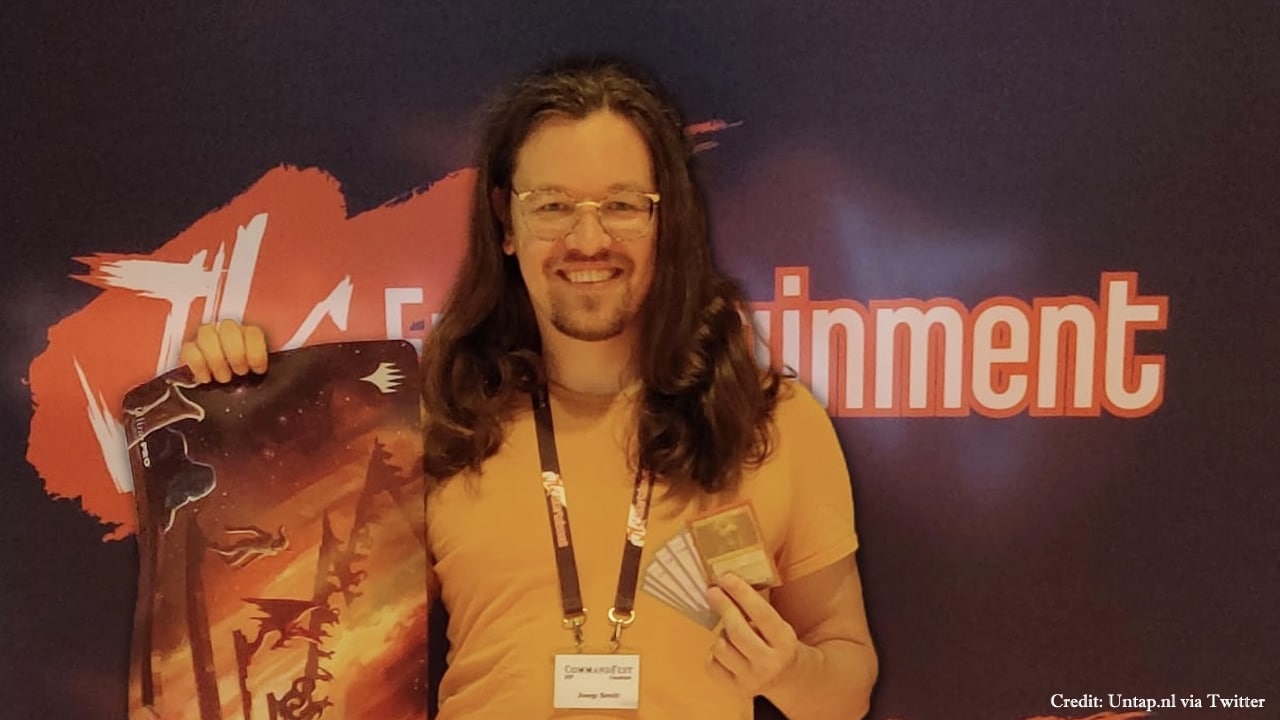 Typically, winning a Magic: the Gathering tournament takes a lot of skill. Not only do you have to build a winning deck, but you’ve also got to be able to pilot it against fierce competition. If that sounds like too much trouble, however, there is thankfully an alternative: playing MTG Brawl.

While you’ll still need to build a deck for this Commander adjacent singleton format, that might be all you have to do. That’s because, unlike other, vastly more popular formats, it appears no one is actually playing Brawl. This means winning a tournament can be as simple as just showing up.

The Fastest Victory in History?

That was the case, at least, for player Joep Smit, who recently won the Brawl Event at CommandFest Frankfurt. Unlike other CommandFest attendants who had to sit down and play a match, Smit won their event as soon as they signed up. This was thanks to Smit remarkably being the only competitor at the event.

While this is already a comical insight into the popularity of Brawl, it gets even funnier. That’s because this isn’t even the first time this has happened to Smit. In 2018, Smit entered another Multiplayer Brawl event, this time at GP Barcelona, where he won in a similarly spectacular and uneventful fashion, claiming victory by being the only participant in the event.

Despite being the only entrant in what should otherwise have been a fiercely competitive event, Smit was still rightfully crowned champion and rewarded each time. You can tell from the smile on their face that they’re pleased with themselves. There’s a chance, however, that smile is there because they didn’t have to play Brawl.

Technically, this might make Smit one of the best Brawl players in the world, by our reckoning. Unless this article inspires many copycats, they might retain that title for four more years. That is, so long as Brawl last for another four years.

Is This the End for Brawl?

With Brawl’s player base dripping to single-digit attendance at high-profile events, we have to wonder if this is the end for Brawl. There’s no denying that the format isn’t as popular as Wizards of the Coast might have hoped. However, even this dismal attendance is below our lowest expectations.

With MTG Brawl having only recently returned from its impromptu retirement thanks to problems with the format and a worldwide pandemic, this is hardly the return to glory that Wizards envisioned. As a sister format to Commander, there’s a huge potential player base. However, it remains untapped. Outside of MTG Arena, it’s hard to find a competitive game, after all.

If tournaments continue, with more players winning without playing, it may be time to consider another early retirement. We can only hope that Arena doesn’t ditch the format as well, as there is some fun to be had, even if it’s not competitive.