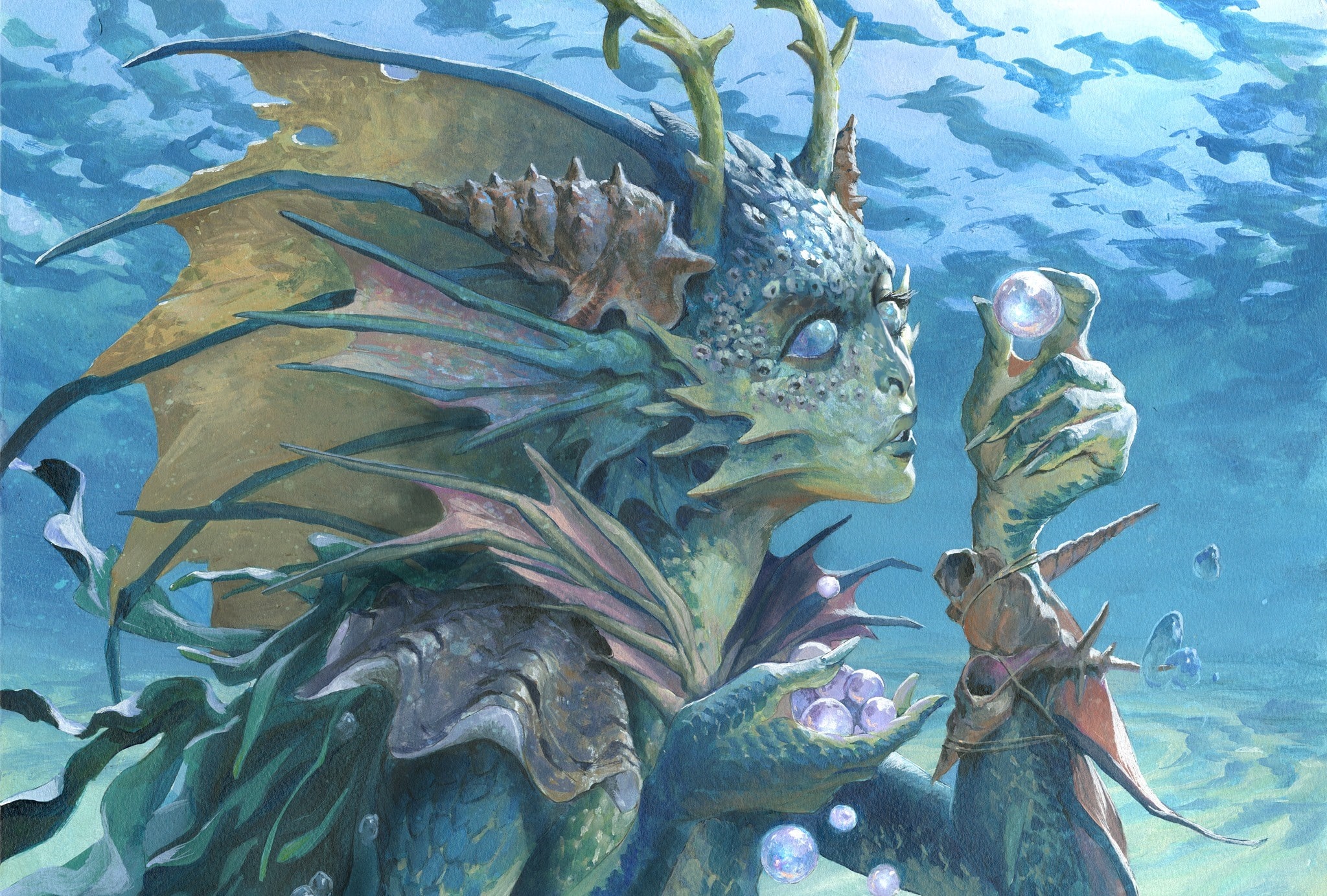 How to Play MTG Combo Decks

Between different archetypes in MTG, Combo decks get the most publicity. These decks promote wacky interactions between cards that can win the game instantaneously. Other strategies play more traditionally, using creatures and board presence and removal to find a win by going under an opponent or by slowly running them out of options. Combo is an entirely different beast, as win conditions can be unnatural and explosive. These decks, therefore, can be difficult for more traditional players to adjust to. I am an MTG combo player. I have used various combo strategies to win cash in tournament play, and even when combo decks are terrible, you will find me playing them anyway.

After going down this rabbit hole, I have noticed that combo decks seem to have a bar-to-entry for the average MTG player, even though they get the most attention from players and spectators alike. This challenge comes from the different mindsets required to make these decks work. This doesn’t necessarily mean that combo decks are more challenging to play than a Tempo deck; UB Faeries was an incredibly difficult deck to play. No matter how much experience you have with the deck, the difference between a win and a loss always comes down to even the most minor decisions made during a game. While some combo decks are very difficult to pilot, most just require a different mindset. I hope that, with this article, readers will grow more appreciative of the combo archetype and have an idea of how to get into the combo mindset!

Like the classification of traditional strategies, combo decks also have a bit of a division. While all fit under the combo umbrella, I would argue that there are two types of combo decks: Aggro Combo and Control Combo. These decks types require slightly different mindsets to approach, but there are a lot of overlapping factors. Here is a quick list of distinctions to help figure out what combo deck you’re trying to tackle:

Step 1: Learn How to Win

The whole point of playing combo in the first place is the uniqueness of the win condition. Since the win condition is the entire reason for playing combo, it makes sense that this is the most important thing to learn. Most combo decks have a main deck where almost every card in the deck’s purpose is to get you closer to the combo going off. These combo decks win a bit differently, so it’s essential to get your reps in and learn how exactly your combo deck is supposed to win.

The combo decks I am currently the most versed with are Jeskai Mutate (an EDH version of the Standard deck that has since rotated), Lotus Field in Pioneer, and the Goldspan Show of Confidence deck that was strong in Standard before Hinata Opus took the metagame over. These decks have different interactions that vie away from more traditional play. Those are the most significant barriers between learning and mastering the deck.

Every combo deck needs some setup to win. Whether it’s just having Deceiver Exarch and Splinter Twin available or something more complicated, every combo deck can’t win from any spot. In the case of Mutate, you generally need a Goldspan Dragon, some Mutate piece, and a spell in your Graveyard that can accumulate card advantage before you go for the win. For Lotus Field, you almost always need to have two Lotus Fields available (most commonly acquired by using a Thespian’s Stage to copy your actual one). Of all the sets I’ve played with Lotus Field, I only won once where I didn’t have two Lotus Fields available near the beginning of the combo sequence.

After learning your setup, the next step is learning how likely you will get to that setup within a given turn. Once you decide to try and go for the win, missing it is generally disastrous and will lose you the game on the spot. If you don’t think you can win that turn, consider trying to take a turn where you get to a place where you can win (unless that will kill you. We’ll get into that later).

What Common Things Stop You?

Once you figure out how to win the game, the next step is to learn how to play around the most common things players use to stop you. This can be something like Memory Jar in a game of cEDH where your primary win condition is Thassa’s Oracle, and your opponent is playing Magda or something unprotectable against the Show of Confidence Goldspan deck like Otawara’s Channel ability. Whatever the most common pieces are that stop your combo, you need to learn how to get through them. Some cards have a much heavier impact than others, like Damping Sphere for Lotus Field, and must be consistently played around when possible to prevent a blowout.

Archon of Emeria-like effects are a pretty common one you will need to deal with since most Combo wins require casting a whole bunch of spells. In the situation where you are playing Control Combo, you should (obviously) hold your removal for heavier impact options like the Archon. Using your removal too early can easily result in a game loss.

At the end of the day, repetitions are the most important thing, like learning anything new. Because of how complex these decks are and how different they are from anything else MTG has to offer, sitting down and playing some low-pressure games with the deck is really important. It takes time to pick these things up unless you’re a genius. I, for one, am definitely not a genius. The best combo players are those obsessed with the grind and want to learn everything they can about the deck. The best way to demonstrate something like this is to do it by example.

How I learned to Play Lotus Field

This took a bit of time to learn how to play properly, but I can now pilot it decently. Unfortunately, this Pioneer deck folds to a slight breeze, but it does demand for an action plan from opponents that isn’t parallel with a majority of the format. Regardless, here’s the steps that I took to learn Lotus Field:

The Constraints of Digital Clients

Unfortunately for all the combo fans out there, because these decks play atypically and push the boundaries of MTG, digital clients don’t always interact with them very well. We had a lengthy conversation about this topic, but an example is some of the painstaking practice you needed to do if you wanted to play Jeskai Mutate on MTG Arena when it was Standard legal. The Rope is in the game to prevent players from slow play in the situation where the opponent is winning. This is a necessary evil for the game but makes playing combo decks very difficult. Because the Mutate combo requires a lot of lengthy loops and clicks, this turns into an APM race instead of simply executing a combo. Therefore, if you’re planning on playing a complicated combo deck online, there may be even more learning to do.

Commander is a little bit different from other formats for combo decks. Because of Commander’s singleton nature and huge card pool, combo wins are miles ahead of the rest of the format. There are a ton of different combos that require minimal resources to win in Commander. If your playgroup is at the level of playing Thassa’s Oracle and Demonic Consultation-like things, then your game plan for learning combo will be quite different. The most important thing is identifying when you should ‘go for it.’

There are four players, which means there are a lot more players who can interact and disrupt your game plan. This also means that more players are trying to go for their own wins. At the end of the day, this will also come down to repetition with complicated stacks to navigate. In that way, EDH combos are similar. The actual combo execution is much simpler, but the other moving pieces can be just as complicated (if not more) as they are for different formats.

Find your Currency and Practice!

To summarize the whole article in a brief sentence, the most important things to learn when playing a combo deck are first figuring out what your currency is (mana instead of life total, etc.) and then studying up on how to utilize your cards to get the most out of your currency. Past that point, it’s just knowing what direction you need to go to get to your unique win condition. If there’s enough interest around popular combo decks that readers would be interested in a guide, I would be happy to take some time and create an introductory piece on how to get into those decks. The best way to inform us is to spread this article around! It will let us know that people want to read about this.