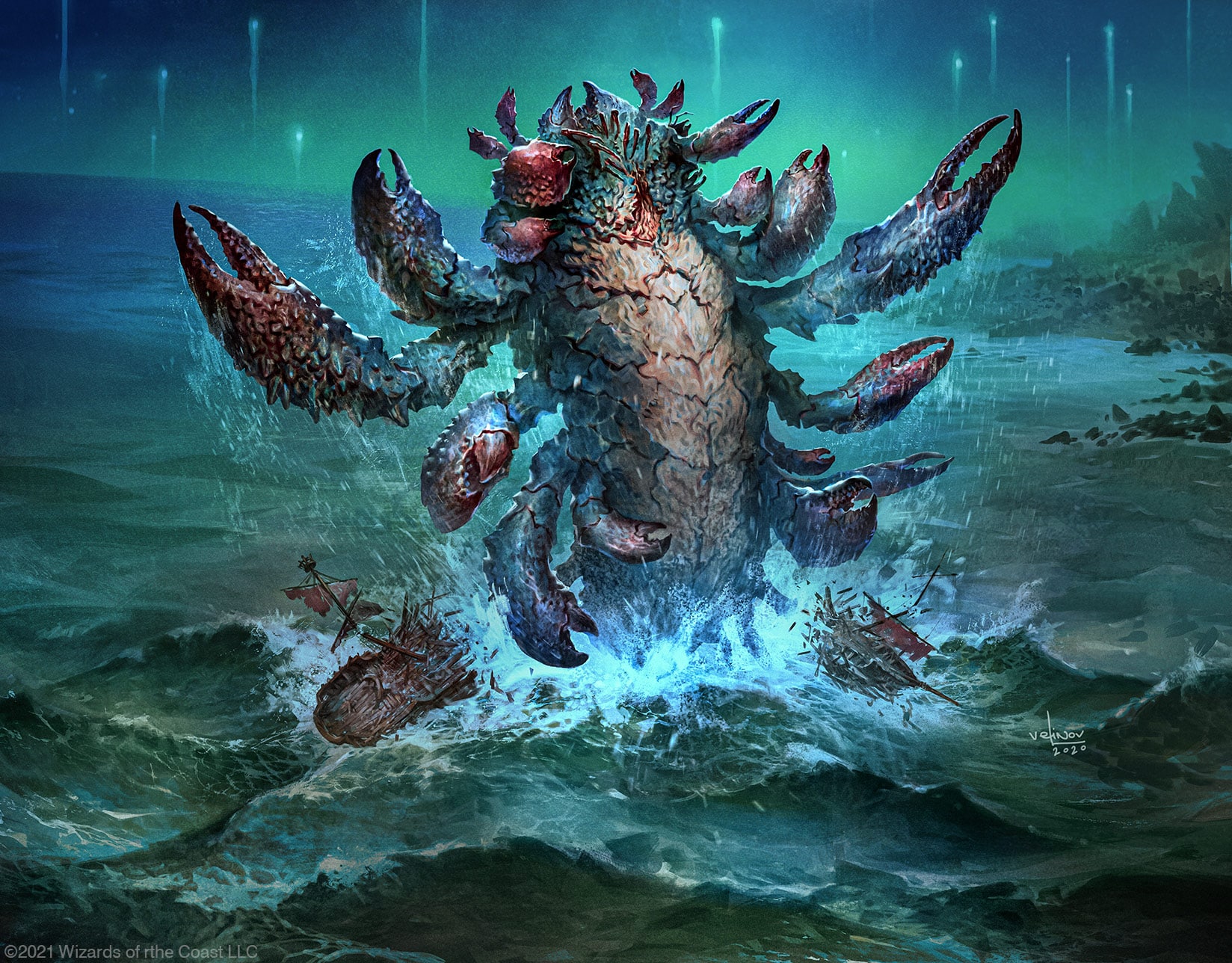 Players Mourn the Death of Another MTG Format

Magic: the Gathering is a game of different ‘formats.’ These competitive formats serve as puzzles that Wizards of the Coast presents to its customers to solve. The catch-22 of this model is that an MTG format is never meant to be solved. The MTG hivemind has solved countless formats in the past, and another was solved over this past weekend.

Standard is Dead… For Now

Jeskai Hinata is a combo control deck that features Hinata, Dawn Crowned from Kamigawa, Neon Dynasty. Hinata allows its user to reduce the spells that they cast by one generic mana for each thing the spell targets. Because Magma Opus can split four damage any which way it wants, it is capable of targeting six different targets (as it also taps two permanents). Therefore, Magma Opus can be cast for UR as long as its controller has Hinata in play.

For more Standard discourse, check out our tier list from last week.

In the case of past formats that have hit a wall, it’s sometimes due to decks that are way better than the rest of the field. It either dominates the field or horrifically warps the format while still being a viable option. Hogaak, Arisen Necropolis dredge in Modern is an example. When this deck was legal, playing four Leyline of the Void in the main deck of almost every deck became commonplace. Even though other decks adapted to this extent, Hogaak decks still kept a positive win rate. The only way to unwarp the solved puzzle, as a result, was to ban Hogaak from Modern. I don’t think this is the case for current Standard.

Hinata is a very beatable strategy. It is challenging for Jeskai Hinata to deal with threats like Hullbreaker Horror that can’t be countered and come in at instant speed. When both players are waiting to answer the other with a load of counterspells, Hullbreaker Horror breaks the parity.

Is it Time to Ban?

The quick answer is not yet.

This is the first week that Standard has seen Jeskai Hinata dominate at this level. Last week, the control combo deck also had the best field results, but was relatively unheard of before the recent New Capenna Championship.

Hopefully, this trend doesn’t continue, but history suggests that, if it does for even one more week, Standard will lose a lot of players until the format sees a shakeup.