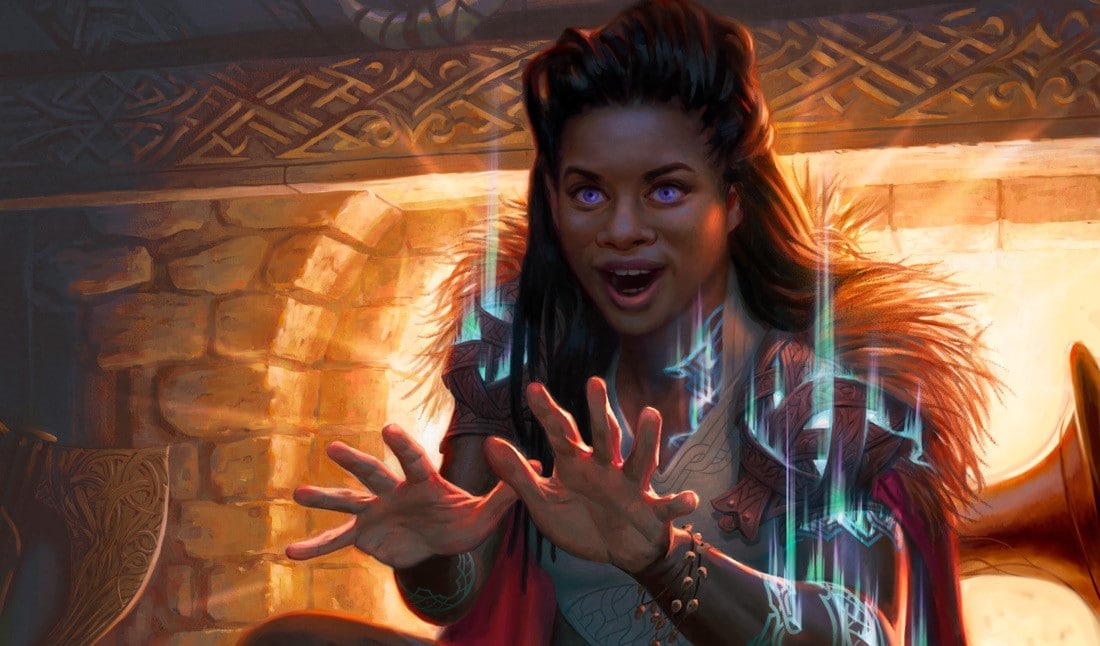 Infinite Combos are Starting to Take Over MTG Arena

A new scary archetype has begun appearing in Multiple MTG formats. While these decks are much more potent on MTG Arena’s digital formats, they see results across Pioneer, Explorer, Historic, and Alchemy. It seems silly at a quick glance, but the deck is potent. It is tough to interact with and has very different shells available depending on what it is you’re trying to accomplish… depending on the format. Either way, if you’re not playing it, you will play the Grinning Ignus combo against it at some point.

At first glance, this card looks like a meme. Grinning Ignus walks a tight line between being useless and broken in its text. For one red mana, you can return Grinning Ignus to your hand in exchange for one red and two generic mana. Grinning Ignus costs the same amount, so trying to recast and bounce this card will net you one less mana per rotation. It doesn’t take much to break this card and have access to infinite enter the battlefield effects and endless mana.

An important thing to remember is that mana abilities don’t go on the stack. Because Grinning Ignus counts as a mana ability, looping it doesn’t expose it to removal. All of the decklists presented today break Grinning Ignus in different ways.

Based on a recent MTGO league result in Pioneer, this Grinning Ignus combo aims to combine various effects to grant access to infinite mana, infinite enter the battlefield effects, and infinite looting. There are a lot of moving pieces that become easy to understand after an explanation is given.

Birgi is in all of the Grinning Ignus variants across formats. Casting Grinning Ignus with this on board fixes the loss of one mana by granting an extra red mana on cast. This, on its own, creates infinite enter the battlefield (or ETB) triggers and can produce infinite mana if Grinning Ignus gets some sort of discount. How do we get infinite mana from this position?

A Hazoret’s Monument with the two pieces above gives you access to infinite loots (draw and discard) and infinite colorless mana. If you have two or more cards in hand, you can also sneak in a Runaway Steam-Kin and gain access to infinite red mana. As you’ll notice, the Pioneer deck has one Light up the Night in its mainboard. Once you have this combo going, you can loot your way to it and deal infinite damage to your opponent’s face. Hazoret’s Monument’s looting ability is a ‘may,’ meaning you don’t have to worry about decking out.

Grinning Ignus is an elemental. That means that, with infinite enter the battlefield triggers, Risen Reef allows you to draw your entire deck. As a bonus, Risen Reef can’t be stopped by Narset, Parter of Veils. Just note that Risen Reef is not a ‘may’ ability, so if you can’t kill your opponent once you’re in the loop, leave some resources to untap with the next turn. Runaway Steam-Kin, mentioned in the previous section, is also an Elemental. One important note is that Risen Reef exposes your Grinning Ignus to instant speed removal from your opponent. Because mana abilities don’t go on the stack, the only things that expose Grinning Ignus to non-counterspell interaction are if it triggers anything upon entry. Generally, the value Risen Reef creates is enough to grind out decks packed with removal anyway.

These creatures satisfy Collected Company‘s requirements, which gives these decks an absurd amount of redundancy. It’s not uncommon to Collected Company at sorcery speed (because you can’t bounce Grinning Ignus at instant speed) and instantly go into an infinite loop.

For those of you who want to make Devilish Valet work, here you go. The Valet isn’t the best win condition that can be used in these decks, but it’s undoubtedly the splashiest. This archetype is much better in digital formats, so for non-digital ones, this is a more realistic consideration.

Note that if you do decide to play the deck list above, you will need to find some replacements for Explorer. The Pioneer sideboard is also outdated, so you may need to change that up.

READ MORE: MTG is Having an Identity Crisis

This May Need a Banning in Digital Formats

Grinning Ignus is way more toxic in anything that can use Alchemy-only cards. That’s because Racketeer Boss Perpetually fixes Grinning Ignus’s flaw. By allowing it to create a treasure token on cast, Grinning Ignus instantly becomes infinite on its own. These triggers can also stack, meaning two perpetual triggers creates unlimited treasure tokens. Any of the other previous pieces also makes various means of infinite mana. This synergy was culminated by one Twitter user into what is currently the most degenerate version of the Grinning Ignus combo: turn three Neoform.

This deck leverages the Racketeer interaction with fast mana and Storm payoffs to set up multiple turn three lethal lines. As outlined by Twitter user BinarySoloistMTG, the turn three lines are as follows:

This deck can’t be interacted with at instant speed (outside of counter magic)and doesn’t use the graveyard to win. That alone poses it to take over Historic. This iteration of the Ignus combo has a bad Phoenix matchup, but that doesn’t mean every iteration does. This Ignus combo goes hard on the ‘combo’ aspect, using Neoform to find missing pieces. The remainder of the deck is dedicated to finding other components to assemble lethal. Unlike the Risen Reef version, however, this deck is much more susceptible to hand disruption like Thoughtseize. It also has more trouble if other combo pieces are disrupted by removal before the combo turn hits. In other words, speed is traded for the ability to grind your opponent out. Regardless, this list hit the top 100 on the Mythic ladder, so it’s a fantastic option for grinding the Historic ladder to land a qualification spot for next month’s qualifier.

This Deck is Core in Alchemy

While fringe options in other formats, this list is taking over Alchemy after Twitter user Altheriax hit #1 Mythic with it. This mixes the previous Cabaretti Revels version of the Ignus combo in Gruul colors and adds some lifegain synergies to give the deck more angles of attack. As a result, you don’t need to hit your Ignus combo to win the game. You can do so by stacking up life gain triggers and creating gigantic creatures with Voice of the Blessed and Trelessara, Moon Dancer. In the instance that you do get an Ignus loop going, there are a ton of ways to make it lethal. Having Cabaretti Revels in play will result in you drawing out most of your deck and assembling a death combo with ETB triggers between Prosperous Innkeeper and Dina, Soul Steeper. However, this iteration is much weaker than the others, as the massive amount of ETB triggers exposes Grinning Ignus to instant speed removal. If you want in-depth guides to piloting this version of the deck, the link to Altheriax’s Twitter references his Youtube guides.

READ MORE: What is Prowess in MTG?

This Archetype is no Joke

After making a personal run to Mythic with my unique version of Historic Ignus and getting multiple 4-1’s in Pioneer leagues with that version of the deck, I’m pretty confident that this has game in various formats. Grinning Ignus is much more potent with the Racketeer Boss interaction, but it is more potent in Explorer than people are giving it credit for. It’s okay in Pioneer, but that is by far the weakest format for the deck. Take this deck seriously when playing against it, and know what your opponent’s trying to do. One mistake will end your game out of nowhere while you watch your opponent slowly combo off.