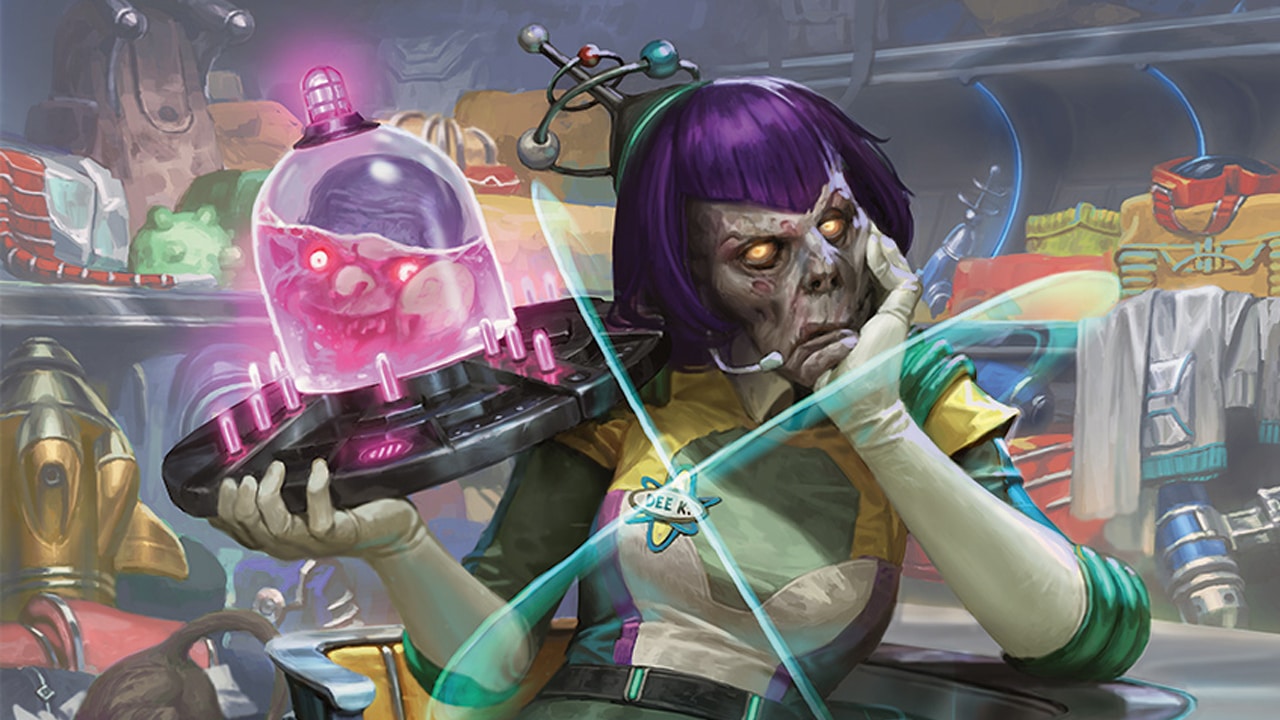 Does MTG Need Another Delay?

By pushing back products that players are looking forward to, delays are rarely a good thing. They can, however, be vital to the long-term success of a product. Without proper time before a product’s release, whether it be a Magic set, a film, or a video game, players may be left with an inferior unfinished product. Typically, publishers and manufacturers don’t go around delaying things just because they can. That, however, might be precisely what Wizards of the Coast should do this year. So, should MTG have another delay?

No Stranger to Delays

After two years of a pandemic that doesn’t want to quit, we’ve recently seen no shortage of delays. In my time writing about games, it felt like a week didn’t go past where there wasn’t a delay or three to report on. Unfortunately, TCGs like Magic hasn’t been immune to these delays either. Predominantly affecting production and distribution, rather than the design of the sets themselves, these delays are rarely good news.

Previously this year, we have seen several delays affecting the release of additional sets and products. Most recently, Wizards of the Coast revealed that the upcoming Warhammer 40,000 Commander Decks had been delayed. This delay pushed the release of the set until October 7th. As you might remember, October 7th is also the date that Unfinity was postponed earlier this year.

For the first time in our memory, this means that two different MTG products are being released on the same day. This makes the 7th of October a very exciting day for some players. For others, however, Wizards is needlessly releasing too much. Given that Wizards of the Coast chooses when to release their products, we can only imagine that this decision was made on purpose. We imagine this date was determined because it was the soonest that both sets could be shipped. Maybe, however, Wizards of the Coast loves the 7th of October.

How Much Is Too Much

Regardless of why WotC decided the 7th of October as the day for a double release, it’s still a problem. Despite appealing to different Magic players, the Warhammer 40,000 Commander Decks and Unfinity may still cannibalize one another’s popularity. Since they both launch on the same day, players will ultimately have to choose one set over the other. This naturally means that one set won’t be getting the attention it deserves.

Given that this could easily be avoided, we have to wonder why Wizards isn’t doing anything about it. Either set getting diminished attention is potentially fewer sales and profit that Wizards could see. Despite these sets being played differently, they’ll impact Commander. This ensures both sets will be directly compared to one another for both value and their impact on the format. These comparisons are hardly a rarity. However, there’s typically enough buffer between releases that players can be tempted to buy both products.

However, this seems less likely for the Warhammer 40,000 Commander Decks and Unfinity. We can’t imagine many players going to their LGS on October 7th for a casual Unfinity draft, only to come out with hundreds of dollars worth of Commander product as well. As a result, delaying one of these products may be in Wizards of the Coast’s best interests. Even a brief delay of just a week or two in stores would allow for valuable breathing room, so players don’t have to choose needlessly.

Is It Time to Slow Down?

Wizards of the Coast’s release schedule has a premier set launching every four months. With three weeks of spoilers typically proceeding each launch, and roughly the same time focusing on it post-launch, this doesn’t leave much room for other products to launch. Players may burn out sooner rather than later if another significant product fills every gap between sets.

This has been an increasingly pressing issue in the past few months of this year. Since Streets of New Capenna in April, Wizards has been releasing sets and products at an incredible pace. With Commander Legends: Battle for Baldur’s Gate, Alchemy Horizons: Baldur’s Gate, Double Masters 2022, Dominaria United, Unfinity, and the Warhammer 40,000 Commander Decks all launching within seven months of one another, it’s no wonder that players are starting to feel overwhelmed. Does it make another MTG delay warranted?

Wizards of the Coast’s non-stop set releases have even been felt in the wider gaming industry. Speaking to Josh Strife Hayes, the Path of Exile creator, Chris Wilson, recently stated that they’ve had to seriously consider how they release content for the game. Wilson, a longstanding MTG collector, also said that WotC’s insane release pace prohibits their want to collect every card. “It’s not just the expense that’s the problem. It’s actually physically impossible to try to get all the different languages and so on because the rate they print cards exhausts the rate at which I can find people worldwide to source them,” Wilson stated. “There’s a lot of ranting about the difficulty of collecting cards at the moment.”

With gorgeous art, profound lore, and enjoyable gameplay, a lot about Magic can be celebrated. With a non-stop release schedule, however, there’s little time to actually appreciate a set’s nuances. We recently saw this with Streets of New Capenna and Kamigawa: Neon Dynasty. Both sets have had incredibly interesting flavor and lore, seemingly underappreciated due to the unrelenting tide of spoilers and announcements. For instance, both sets have incredible soundtracks that have gone criminally unnoticed.