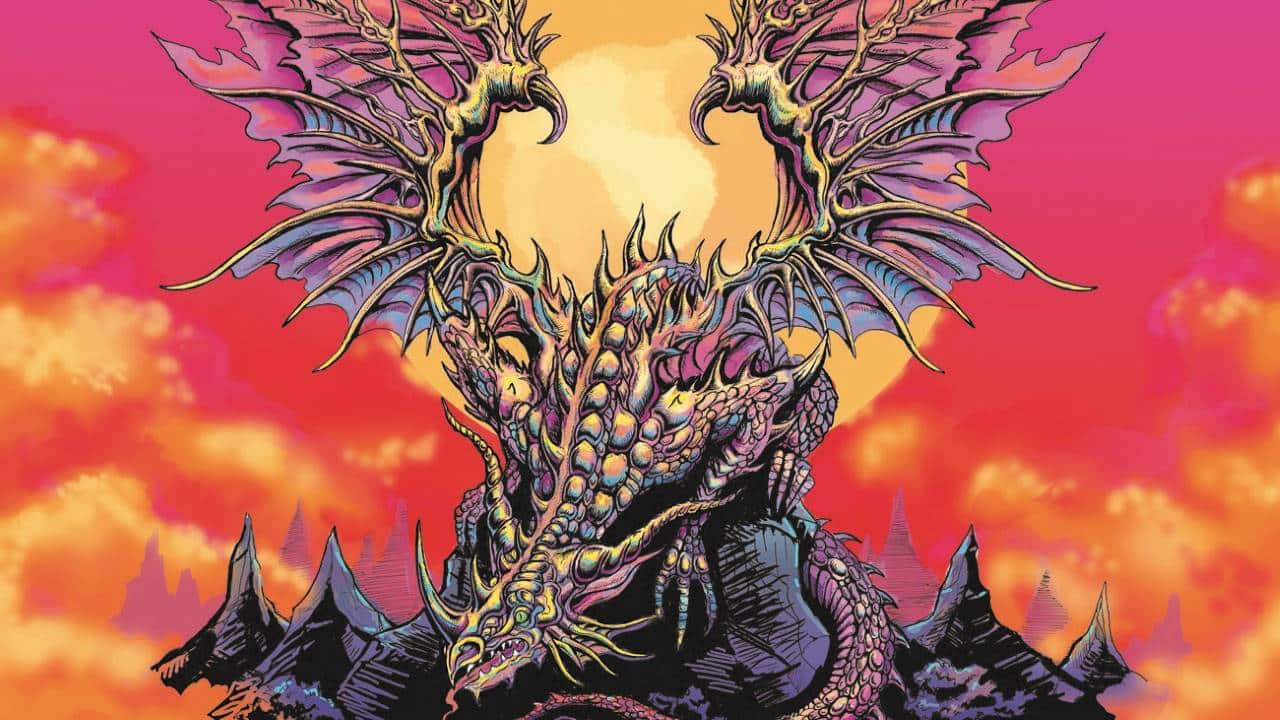 The 10 Best Dragons In Commander

We’ve been talking a lot about tribal cards this week, so it would be absurd to miss out what is, in our opinion, the best tribe of all: Dragons.

The best Dragons in Commander are often all found in a single Dragon-focussed deck, so we’ve built this list with that in mind. Let’s get into it.

The 10 best Dragons in Commander

We could write an honorable mentions list the size of a full Commander decklist here, so we’ll just limit ourselves to one.

Now then, onto the rest of the best Dragons in Commander.

We’re kicking off with a Dragon that’s pretty good no matter what deck it’s in. Hellkite Courser is a six mana Red 6/5 with flying and one very beastly ETB effect.

You see, when Hellkite Courser enters the battlefield, it doesn’t do so alone. It’s not making a rubbish token either; instead, you get to put your commander onto the battlefield and give them haste until end of turn. Sure, they got back to your command zone at the beginning of the next end step, but in the right decks, that’s all you need to get the job done.

The Dragonlords are all pretty good, but this version of Atarka is essential to every deck featuring Dragons. For seven mana, you get a Red and Green 6/4 with flying and trample.

Alongside that, whenever a Dragon you control attacks, it gains double strike until end of turn. In much the same way that Hellkite Courser means you’ll probably only need one good turn, Atarka here does the same thing but with a little more punch. If you end up with both out, it’s not hard to wipe out everyone else in the game.

The best Dragons in Commander usually either do one very important thing, or a couple of things that are fairly useful. Bladewing the Risen is one of the latter. This is a Red and Black 4/4 that costs seven mana and has flying. It also has the ability to buff all of your Dragons by +1/+1 for one Red and one Black mana, which is excellent.

Plus, when Bladewing the Risen enters the battlefield, you get to return a Dragon permanent from your graveyard to the battlefield. It’s a nice two-for-one in a card, and there are plenty of ways to get the most out of this ability.

We’re briefly bringing the mana cost down here for Scourge of Valkas, which is a five mana Red flying 4/4. It can also buff itself up with one extra point of attack for every Red mana you have lying around spare.

The real power of this card is in the big old chunk of text though, which reads, “Whenever Scourge of Valkas or another Dragon enters the battlefield under your control, it deals X damage to any target, where X is the number of Dragons you control.” This basically means that if you’ve got one Dragon, you can deal one damage to something, two Dragons is two damage and so on. There are a lot of cool ways of putting out loads of Dragons at once in Commander, and if they all come in at the same time, you can quite easily end up dealing eight damage eight times, which is more than enough to end most fights.

Skithiryx, which is a name that almost matches Fblthp in terms of pronunciation, is another five mana Dragon, but this time it’s a Black 4/4 with flying and infect. Infect, for those newer to the game, basically means it can kill any player with ten damage irrelevant of their life total.

Alongside that, you can also give Skithiryx, the Blight Dragon haste for one Black mana, and regenerate it for two Black mana. If you combine this bad boy with, oh we don’t know, say a Dragon that gives things double strike and another one that can buff your Dragons, then you can wipe someone out in a single hit from just this one Creature.

Dragonlord Dromoka is another Dragon that does well in decks that aren’t all about our scaly bois. For six mana, you get a Green and White 5/7 with flying and lifelink. That’s not bad on its own, but on top of that, it comes in with built-in protection.

You see, Dragonlord Dromoka not only can’t be countered, which is cool, but also makes it so that your opponents can’t cast spells during your turn. Nobody likes being on the receiving end of a counterspell, and with Dromoka out, you don’t even have to worry about it.

Steel Hellkite is, unsurprisingly, an Artifact Creature. For six mana, you get a flying 5/5 with two abilities. The first ability lets you spend two mana to give it +1/+0 until end of turn, which is useful in a pinch or if you have too much mana.

The second ability costs X, and it lets you Destroy each nonland permanent with converted mana cost X whose controller was dealt combat damage by Steel Hellkite in that turn. One of the coolest things about this is that you can actively choose to pay zero mana to wipe out all of the tokens that player controls. That’s just good value.

Sometimes all you need from your Dragon deck is more Dragons. It’s just very hard to argue with a big old group of Creatures that are massive, flying, and keep becoming increasingly numerous. Well, Utvara Hellkite is an eight mana 6/6 with flying that does just that.

Utvara Hellkite makes it so that whenever a Dragon you control attacks, you create a 6/6 Dragon token with flying. This gets out of hand quickly even if this is the only Dragon you’re attacking with, but is even better if you combine with the ETB effect of Scourge of Valkas.

The two best Dragons in Commander both come from the same five-color lineage. The Ur-Dragon itself is a nine mana WURBG 10/10 Dragon with flying. It also makes it so that your Dragons costs one less mana to cast if it’s on the battlefield or in the command zone.

Also, whenever one or more Dragons you control attack, you get to draw that many cards, and then you can put a permanent into play for free. It’s an amazing ability that does a little bit of everything, and Dragons aren’t cheap, so it cuts out a lot of issues.

While the Ur-Dragon is good, its offspring is just a little bit better, in our opinion. Scion of the Ur-Dragon is a five mana WURBG 4/4 Dragon with flying that is great for either casual play or silly combos.

The main attraction here is that you can pay two mana to search your library for a Dragon and then have Scion turn into it for the rest of the turn. The Dragon you fetch up goes into your graveyard, which is great for Bladewing, and while you’re only meant to activate this once per turn, you can actually hold priority to do it twice for some fun combos like using Moltensteel Dragon to buff itself up and then becoming Skithiryx to deliver a fatal blow with ease. The only thing better than one Dragon is a Dragon that can become any other Dragon.